“...to fulfill the intent of the framers of the Constitution...and insure that the collective judgment of both the Congress and the President will apply to the introduction of United States Armed Forces into hostilities."﻿ 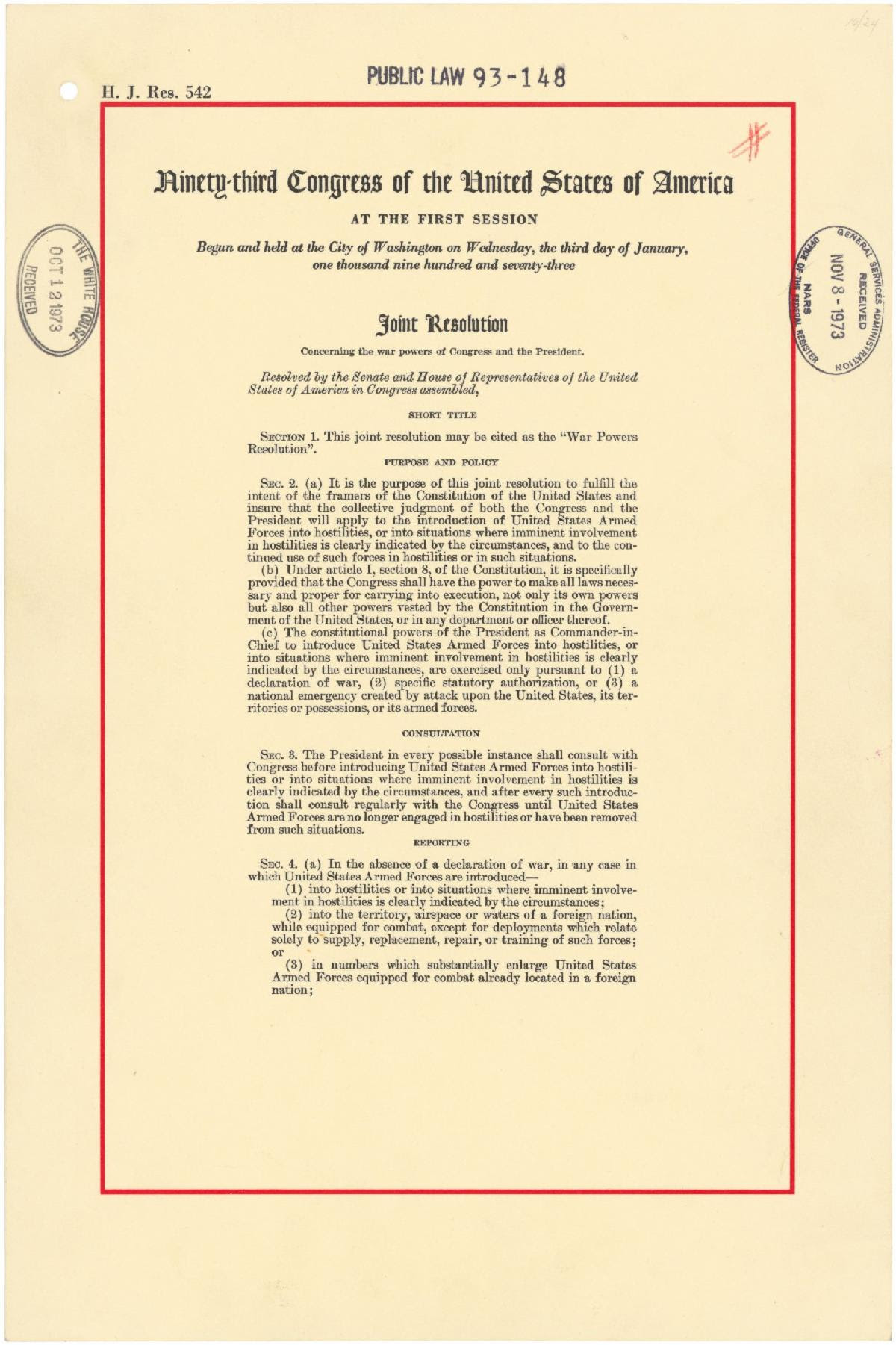 The War Powers Resolution of 1973 (also known as the War Powers Act) "is a congressional resolution designed to limit the U.S. president’s ability to initiate or escalate military actions abroad.” As part of our system of governmental “checks and balances,” the law aims to check the executive branch’s power when committing U.S. military forces to an armed conflict without the consent of the U.S. Congress. It stipulates the president must notify Congress within 48 hours of military action and prohibits armed forces from remaining for more than 60 days.

The Constitution divides war powers between Congress and the president. Only Congress can declare war and appropriate military funding, yet the president is commander in chief of the armed forces. 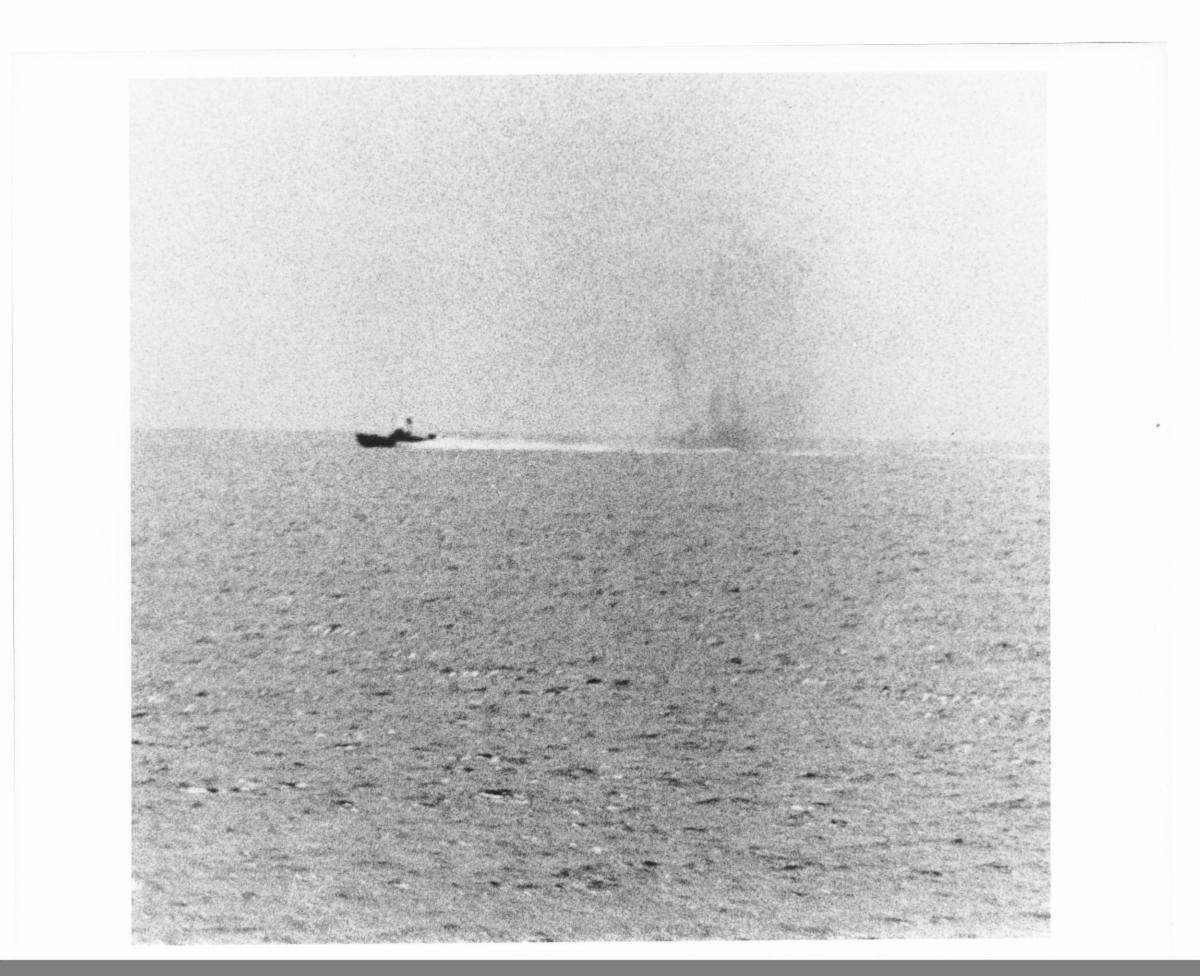 Nevertheless, heavy U.S. military involvement in the prolonged Korean and Vietnam conflicts of the 1950s and 1960s without congressional declarations of war blurred the lines between presidential and congressional power regarding the approval and conduct of war.

Congressional frustrations peaked during President Nixon’s administration when secret bombings of Cambodia during the Vietnam War were ordered without congressional consent. Congress passed the War Powers Resolution of 1973, intending to limit the President’s authority to wage war and reasserted its authority over foreign wars.

President Nixon vetoed the bill. However, Congress overrode his veto, and the resolution became law following the U.S. withdrawal from Vietnam in early 1973.

Since the War Powers Resolution of 1973, sitting Presidents have submitted over 132 reports to Congress. These include the airlift and evacuation operations carried out in Cambodia(1975), committing forces to Beirut, Lebanon (1982/83), the Persian Gulf War (1991), and beyond. Challe﻿nges to the resolution include Ronald Reagan's deployment of troops to El Salvador in 1981, the continued bombing of Kosovo during Bill Clinton's administration in 1999, and military action initiated against Libya by Barack Obama in 2011. 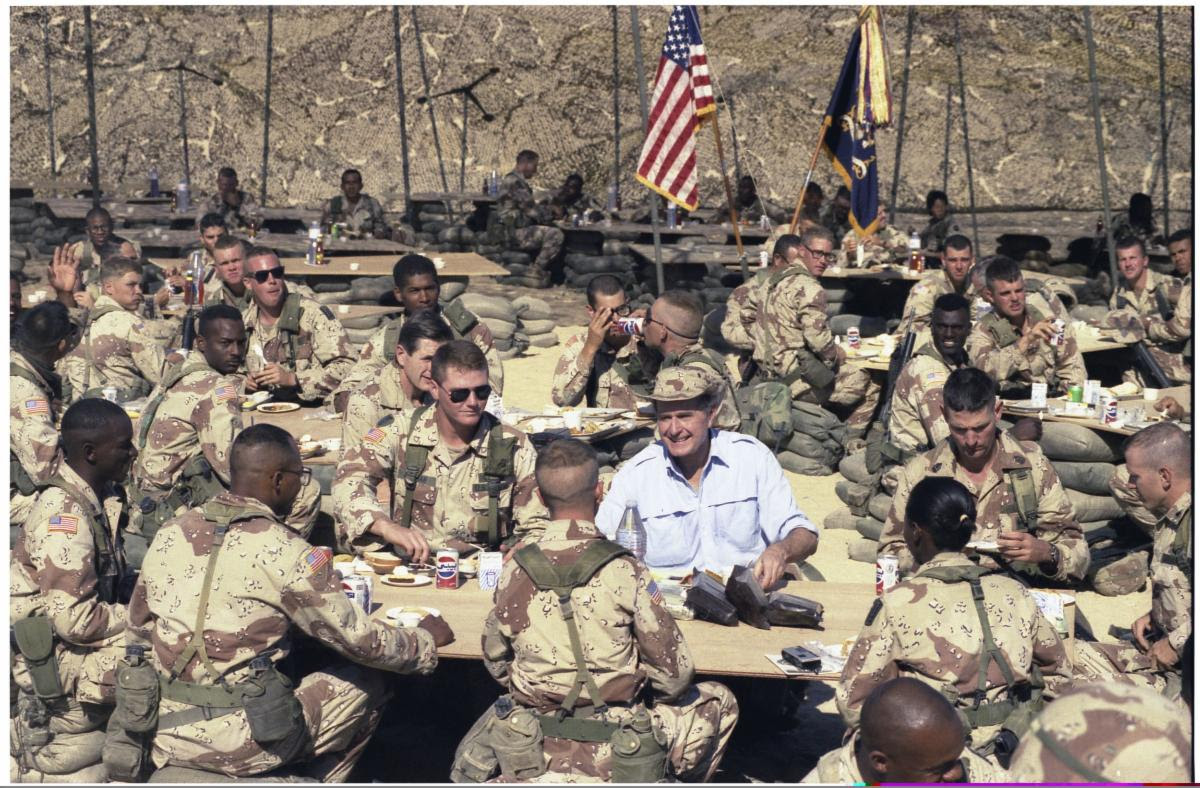 The War Powers Resolution has been controversial since its inception. The executive branch continuously cites the need for greater flexibility in militarily protecting U.S. interests abroad, while the legislative branch states its need to maintain its check on presidential power.

Using DocsTeach, the National Archives’ online tool for teaching activities through primary resources, we invite you to explore the War Powers Resolution’s complete transcript here. Additionally, the National Archives has assembled a comprehensive lesson on how the United States conducts its wars. Have your students investigate how the constitutional powers to initiate war exercised by the legislative and executive branches of the Federal Government at several critical moments in American history.