The Nixon Library's primary mission is educate and inform.  We serve the public interest by displaying in our permanent and temporary galleries, and preserving and making available for research on-line and through our on-site research operation, the documents and audiovisual materials of President Nixon's life and times. Through the work of our archive, museum, education, and public programming teams, we present an educational, cultural, and historical resource for local and international visitors, as well as our global research community. We assist all those who search for knowledge and understanding of the 37th President of the United States, his administration, and his ongoing impact on the world. 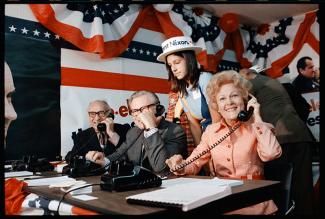 Please include a subject in the header of your e-mail and letter so that we can route correspondence to the proper office.