The State of the Union Address

The State of the Union Address 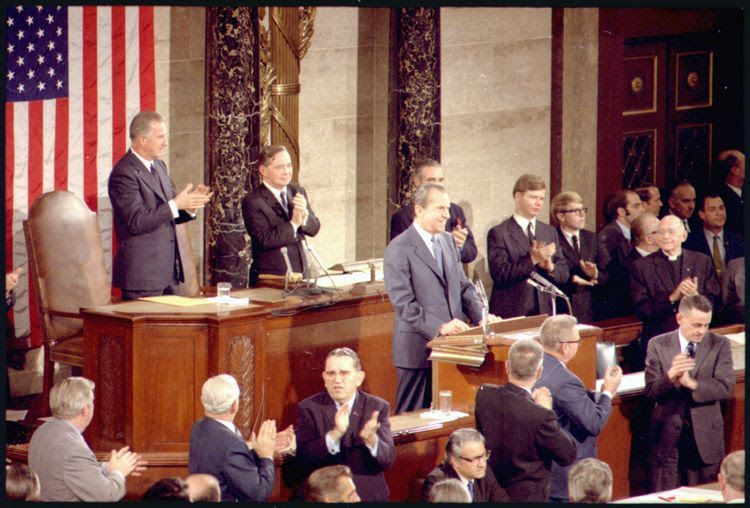 The State of the Union Address (SOTU) is an annual message given by the President to a convened U.S. Congress regarding the current condition of the Nation. It is also an opportunity for the President to address significant issues facing the country and possible legislative and policy ideas to solve them. The message is delivered early in the calendar year, usually in January or February. Formally known as the Annual Message from 1790 to 1946, it officially became known as the State of the Union Address in 1947. 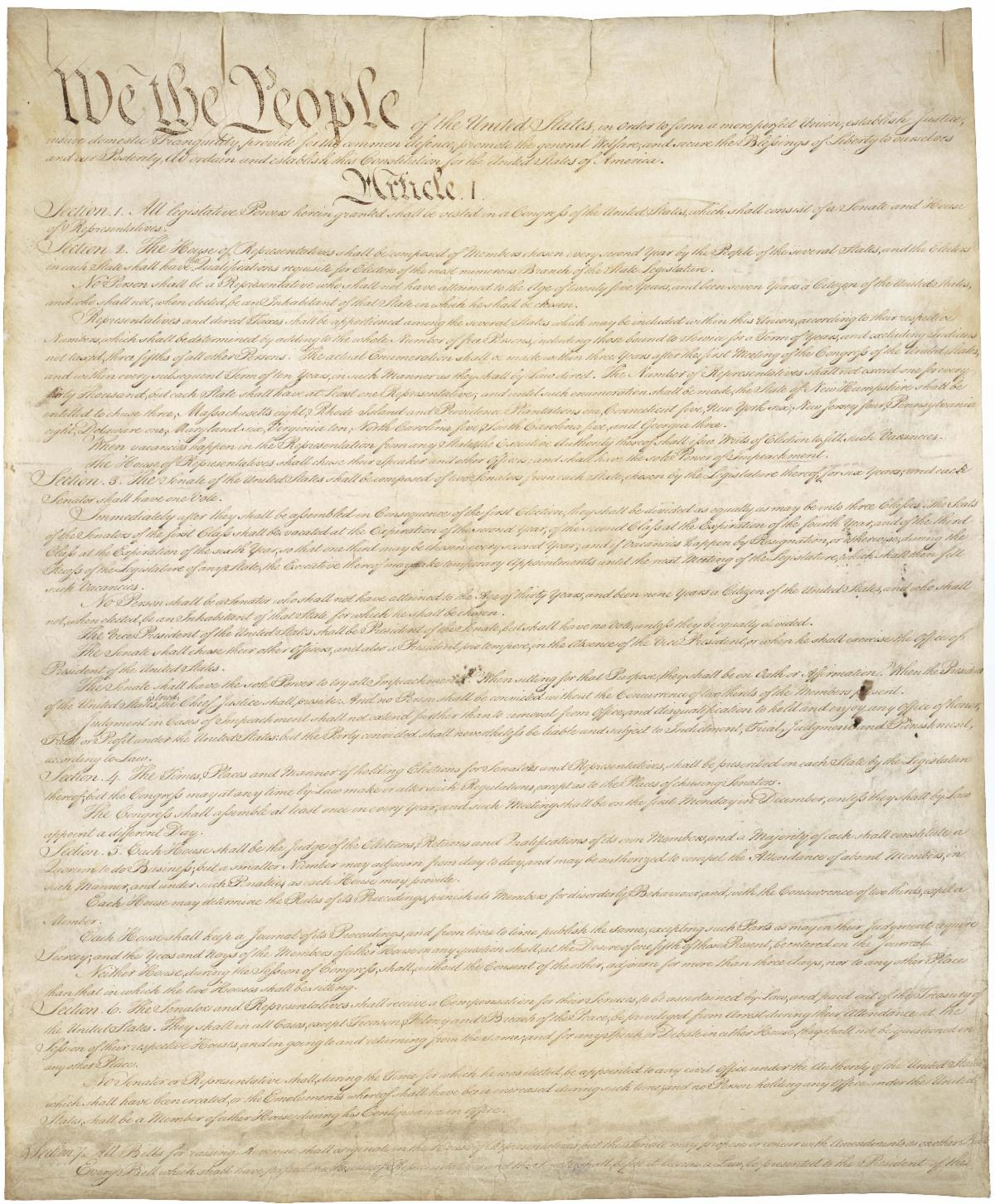 The Constitution of the United States. NAID 1667751

The basis for the SOTU lies within Article II, Section 3, Clause 1 of the U.S. Constitution. It states that the President “shall from time to time give to the Congress Information of the State of the Union, and recommend to their Consideration such measures as he shall judge necessary and expedient.”

“Mr. Speaker, Mr. President, my colleagues in the Congress, our distinguished guests and my fellow Americans…”  President Richard Nixon, January 20, 1972

January 20th marked the 50th anniversary of President Richard Nixon’s 1972 State of the Union address. In one of the shortest addresses on record, he calls for political unity in a divided government, emphasizes an appeal to American ideals and values, and calls for Congressional action on legislation such as Welfare Reform. 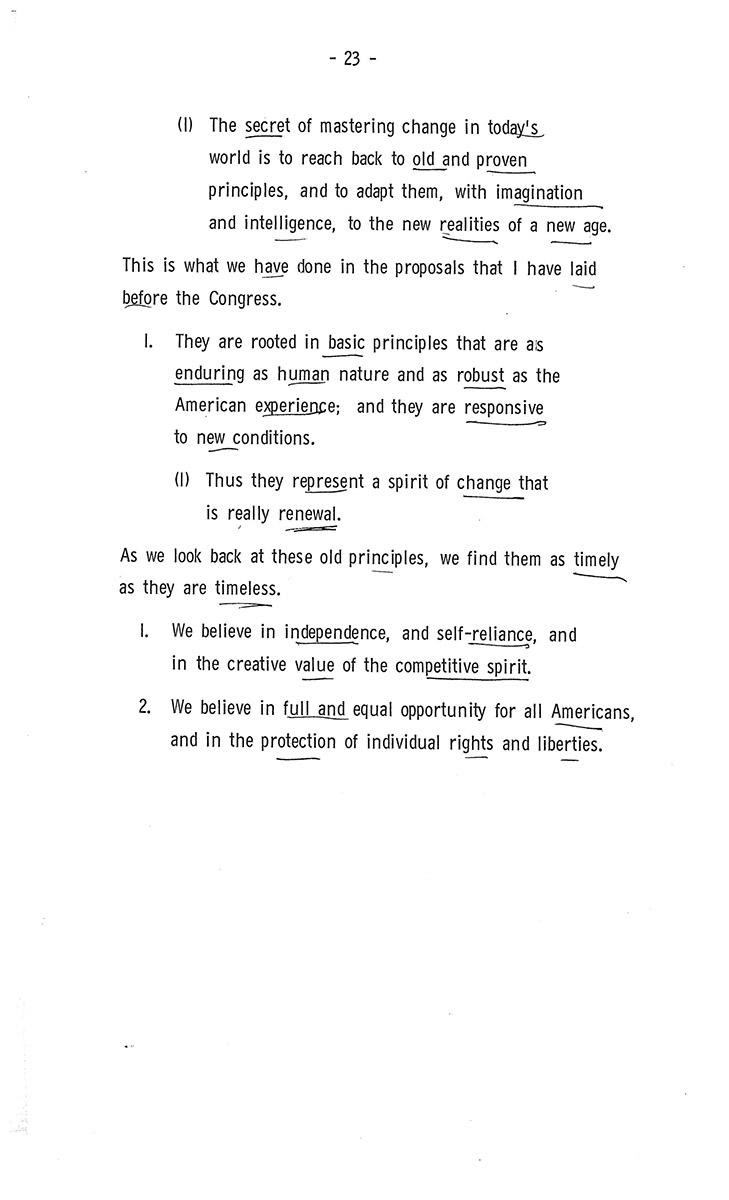 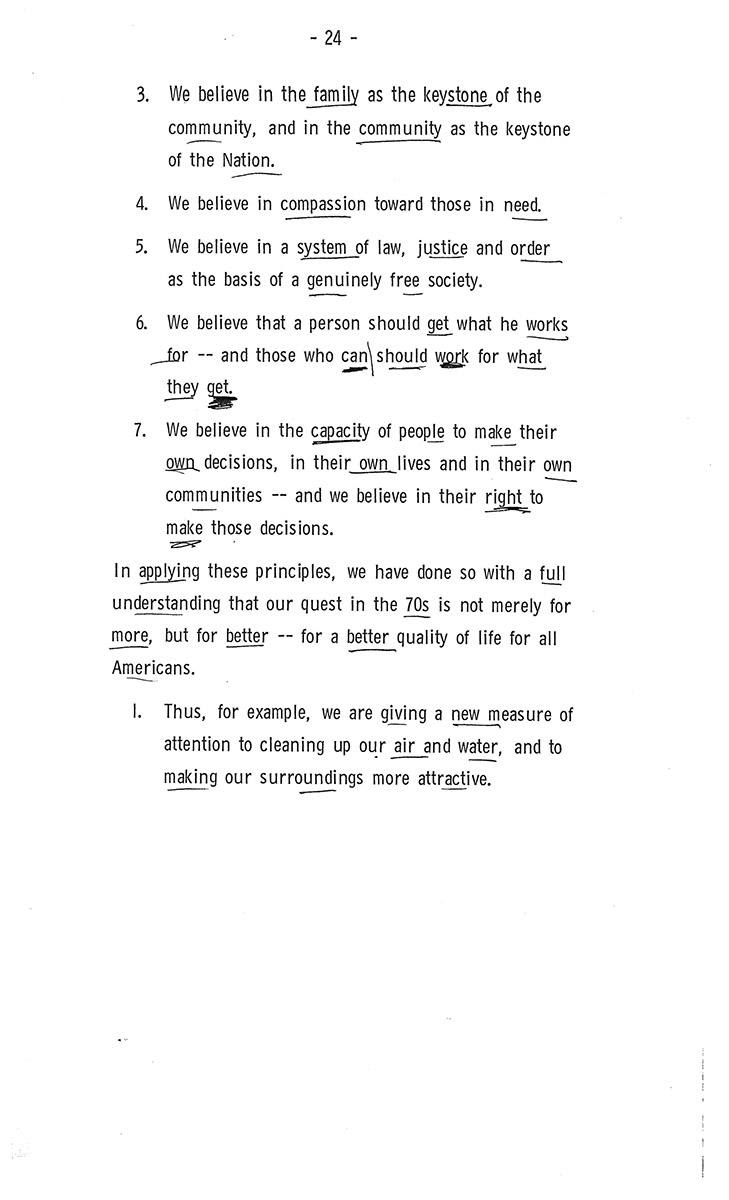 Using DocsTeach, the National Archives’ online tool for teaching activities, we invite you and your students to better understand the three branches of government and their interaction with each other through this exercise in historical analysis and interpretation.