Pat Nixon, the Girl Scouts, and the Spirit of Volunteerism

Pat Nixon, the Girl Scouts, and the Spirit of Volunteerism 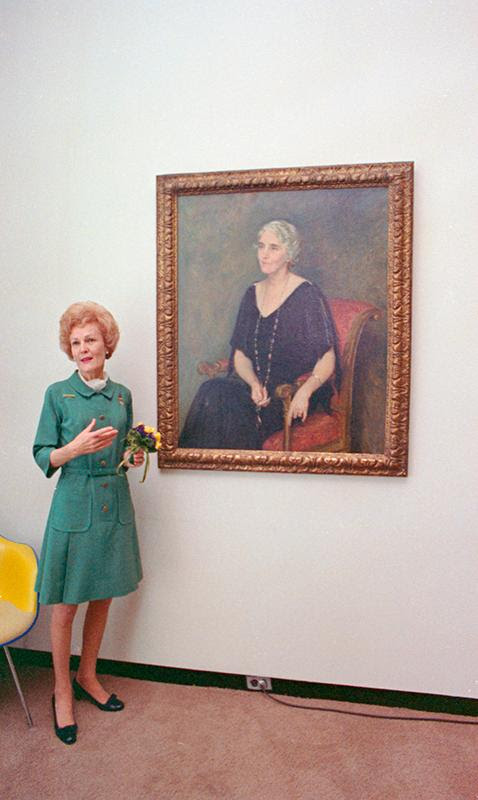 first lady Pat Nixon and a portrait of the founder of the Girl Scouts of the USA, Juliette Gordon Low, at the organization's national headquarters in New York City. 2/4/1970; WHPO-2907-34

Juliette Gordon Low founded Girl Scouts of the USA in 1912, with organizational principles focused on the outdoors, inclusiveness, volunteerism, and self-reliance. First Lady Pat Nixon, born in 1912, raised in a hard-scrabble environment and rising to the role of First Lady of the United States, embodied those characteristics. It is through the spirit of volunteerism that the Girl Scouts and the former First Lady are forever linked and continue to do good works. March 2021 celebrates the 109th anniversary of both the Girl Scouts and Pat Nixon. 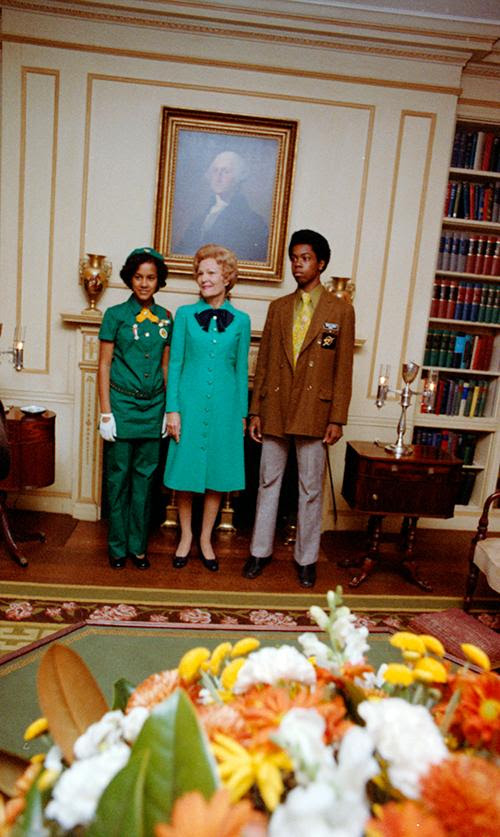 Since 1917, most First Ladies have served as Honorary National President of the Girl Scouts of the USA. Still, the Nixon family’s support began well before the White House with Julie and Trisha’s participation as active Girl Scouts and Pat serving as their troop leader. The Girl Scouts' principles that were established and taught fall in line with Pat Nixon’s support of charitable causes and volunteerism. She spent her years in the White House encouraging volunteer service and the love of the outdoors. Expanding the First Lady’s role to include being the official United States representative abroad, she traveled to over 80 countries during the years her husband served as Vice-President and President. She often chose to forgo formal receptions so she could visit hospitals, schools, and orphanages. 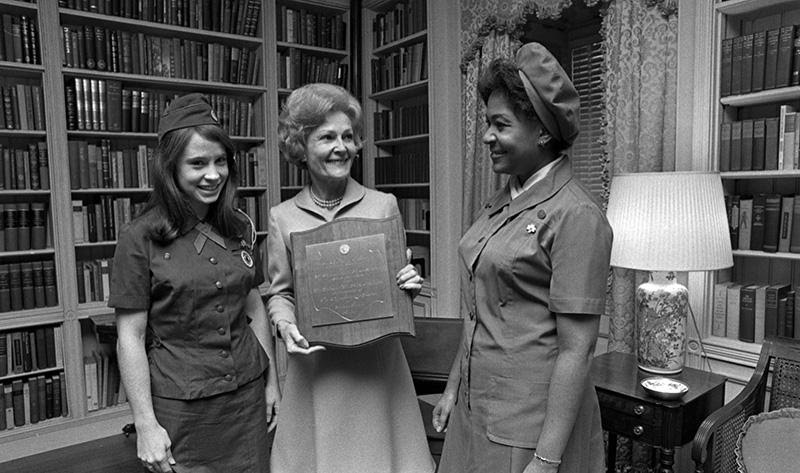 To learn more about Pat Nixon and her life dedicated to volunteerism, please visit the links below:

The Girl Scouts, dedicated to civic education and involvement since its creation, motivates scouts to earn badges involving learning about their government, laws, elections, and historical preservation. Several of the Presidential Libraries at the National Archives provide badge resources and meet many of the criteria for badge advancement.

The Nixon Presidential Library is home to the "America’s Government" diorama, a display that educates and informs about America's government and how it works. This diorama and other features of the Library dedicated to government and public policy satisfy a number of the Scouts' Civic Engagement Badge requirements. 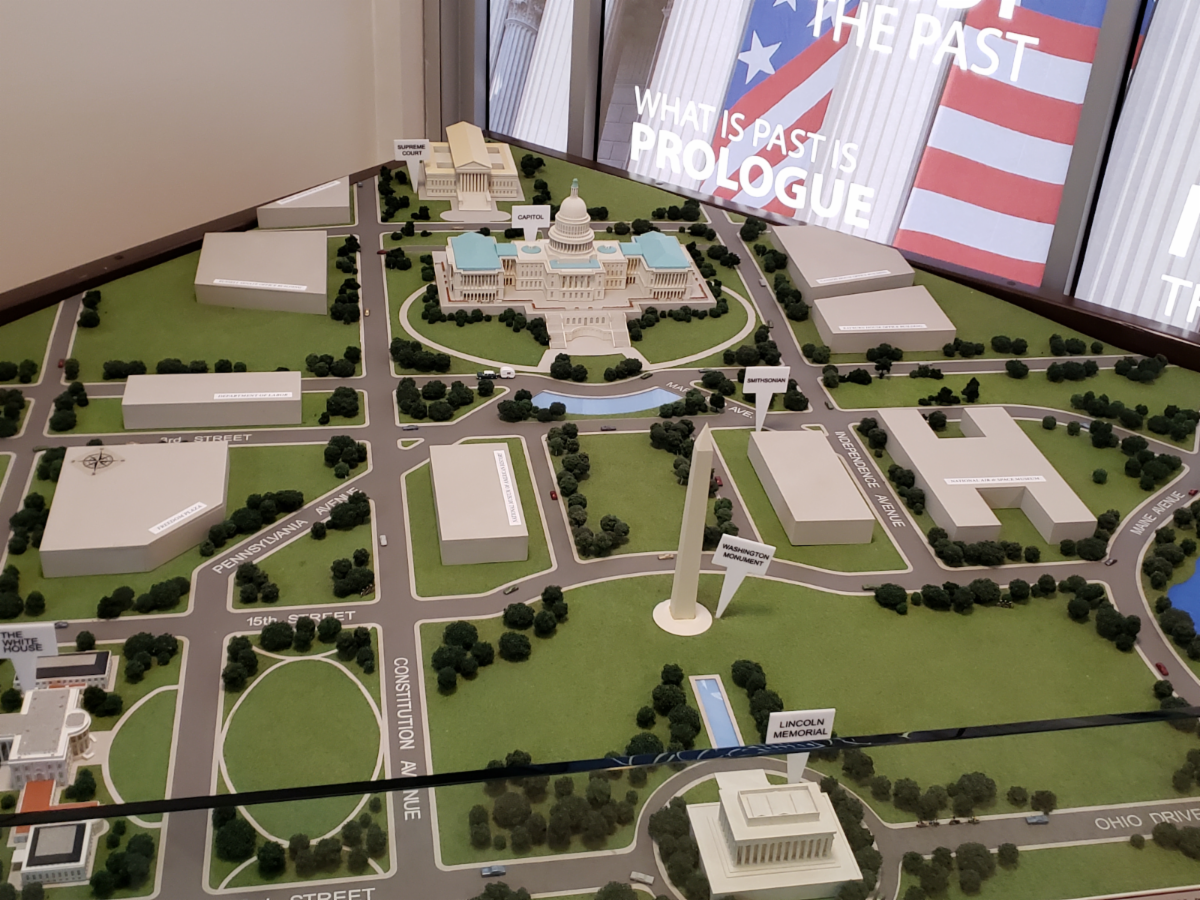 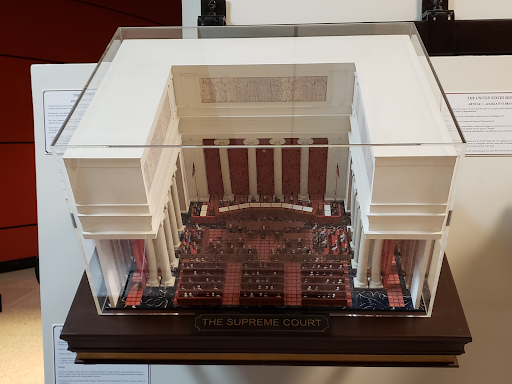 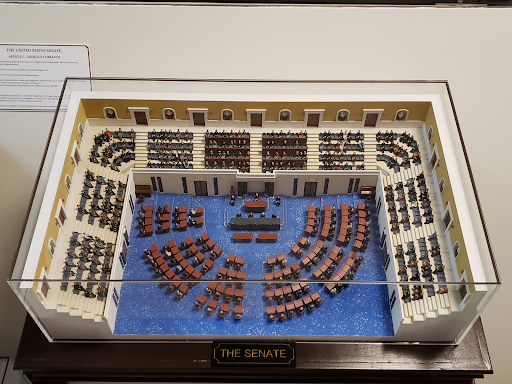 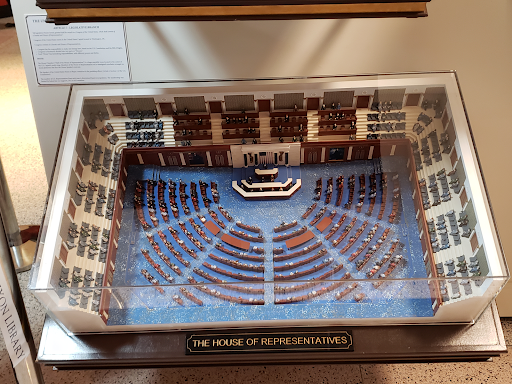 The House of Representatives

With the inclusion of Richard Nixon’s Birthplace on the National Register, the Richard Nixon Presidential Library and Museum is also a National Historic Landmark, one of only 147 in California. This dedication to preservation and the Library’s focus on history provides the touchstone needed to earn the Historic Preservation Badge in the local community. Please visit the links below to learn more about scouting and some of the Presidential Libraries that support the organization. 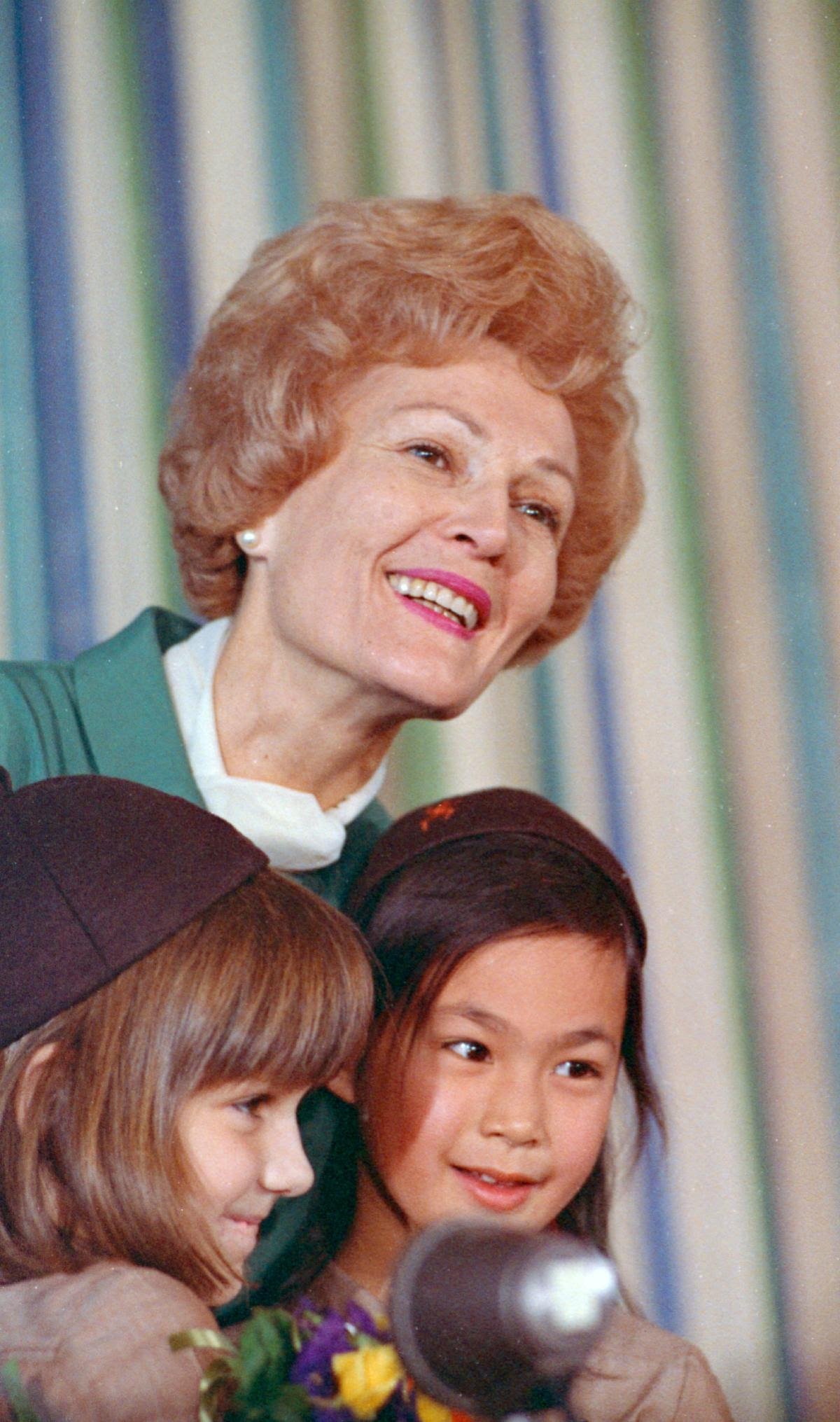 Pat Nixon embodied civic engagement, volunteerism, and self-reliance, three of the principles still taught in the Girl Scouts today. Throughout March, the Nixon Library is proud to celebrate the 109th birthday of First Lady Pat Nixon and the 109th anniversary of the Girl Scouts of America.