The Richard Nixon Foundation has created original content about President Nixon, the May 4, 1970 tragedy at Kent State University, and the President's unplanned visit to the Lincoln Memorial on May 9th. 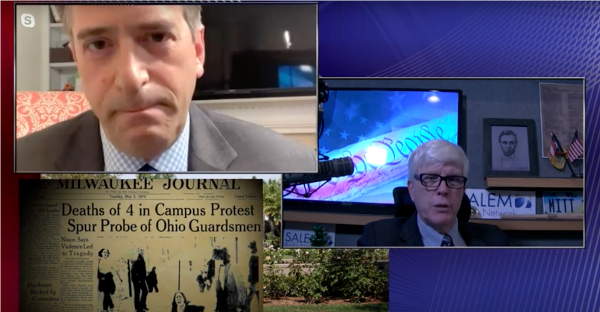 Fifty years ago today, four students were shot and killed by National Guardsmen at Kent State.

Listen to Nixon Foundation President Hugh Hewitt and Sinclair Broadcast Group's National Investigative Reporter James Rosen as they look back at Kent State fifty years later and examine the effects that the tragedy had on President Nixon as well as public perception of the Vietnam War.

James Rosen is the author of The Strong Man: John Mitchell and the Secrets of Watergate.

The interviews are also available in audio format on the Nixon Now podcast:

→ Listen to Part One 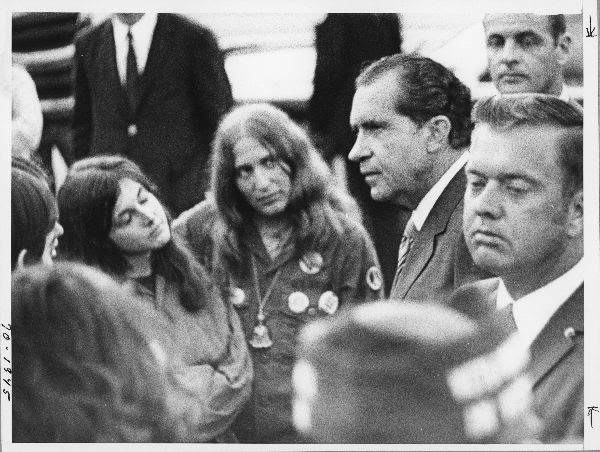 In the early hours of May 9, 1970, as many as 100,000 protesters gathered in Washington for a demonstration against the Kent State killings and the Cambodian incursion.  A restless President Nixon, seeking solace in the midst of so much rancor, decided to make a spontaneous, early morning visit to the Lincoln Memorial.

When the President arrived at the Memorial he found groups of students gathering for the upcoming protest. To their astonishment, the President approached and tried to draw them into an honest conversation.

Visit the Nixon Foundation website to learn more about the historic meeting and to hear President Nixon's own recollections of the event.