Since March 8, 1914, International Women's Day has encouraged celebrating women's accomplishments (social, economic, cultural, and political) and sounding a call to action for gender equality. The theme of this year's celebration, Choose To Challenge, has been part of the Suffragist movement since 1878. After decades of challenging the Constitution, the 19th Amendment finally granted women the right to vote in 1920. While this was a groundbreaking achievement, fifty years later, gender bias and inequality were still prevalent. When Nixon campaigned in 1968, six states had yet to ratify the 19th Amendment.

Recognizing the gender gap issue, President Nixon focused on increasing women's rights in America throughout his presidency. His policies and initiatives made significant headway on decreasing gender bias. In honor of International Women's Day, the Nixon Library encourages everyone to reflect on the people and policies that have helped shape our nation.

"In this era of great challenges and potentials, the nation-in the private sector as well as in government at all levels-needs the capabilities and brainpower of every single American. The full and equal participation of women is crucial to the strength of our country." - President Richard Nixon 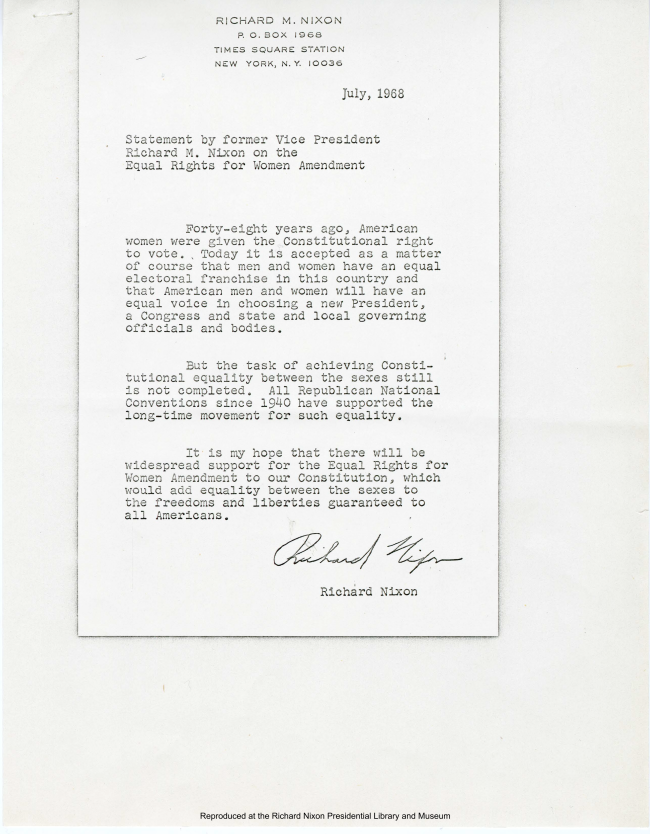 Richard Nixon was a major proponent of women's rights and helped advance women's causes throughout his political career. He steadfastly supported the passage of the Equal Rights Amendment (ERA) during his 1968 campaign. Once in office, he appointed a Presidential Task Force on Women's Rights and Responsibilities to write a report for improving women's status in American life. The 1970 report, A Matter of Simple Justice, advocated for the establishment of an Office of Women's Rights and Responsibilities reporting directly to the President, the promotion of equal opportunity for women, the advancement of women to executive positions in the federal government, the passage of the ERA, and amendments to the Civil Rights Act of 1964. 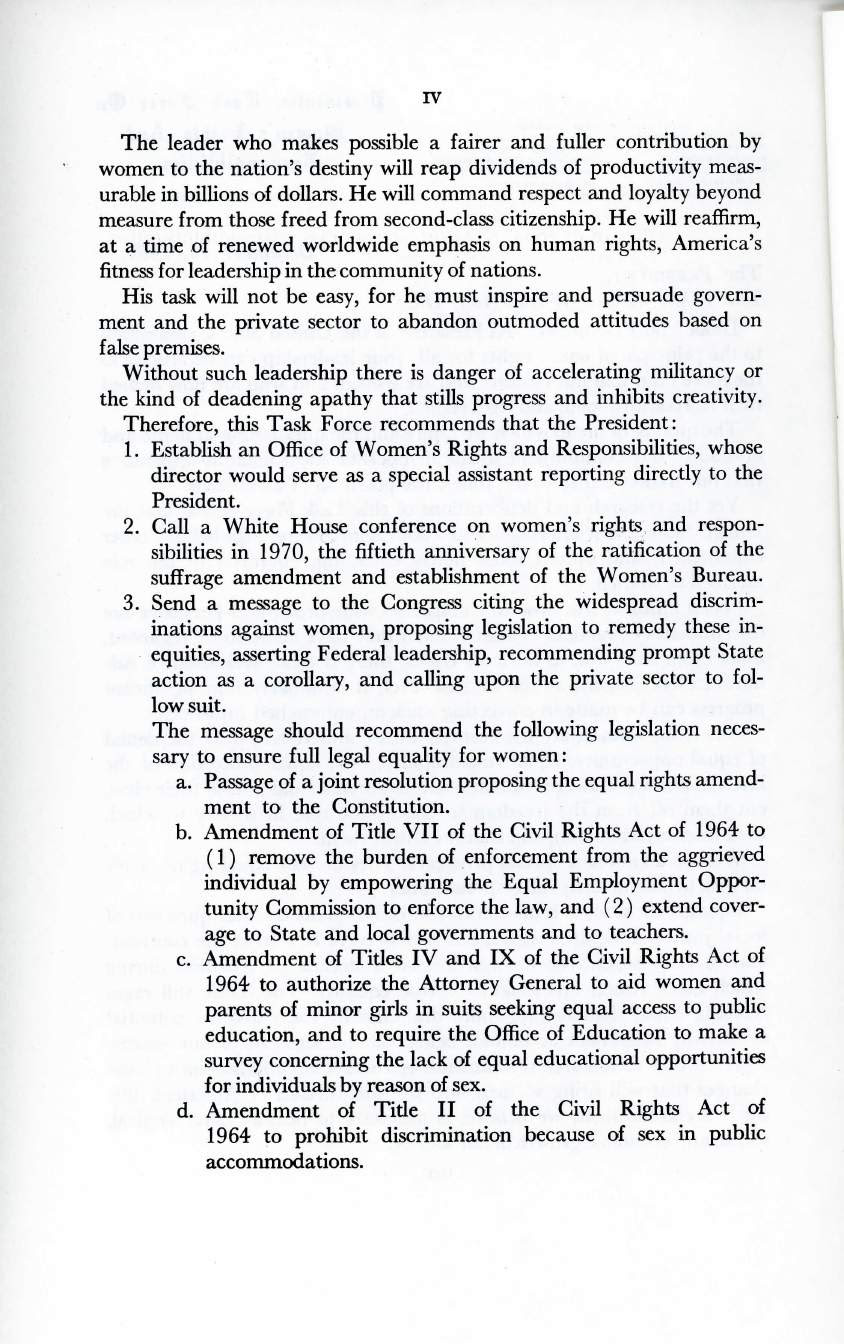 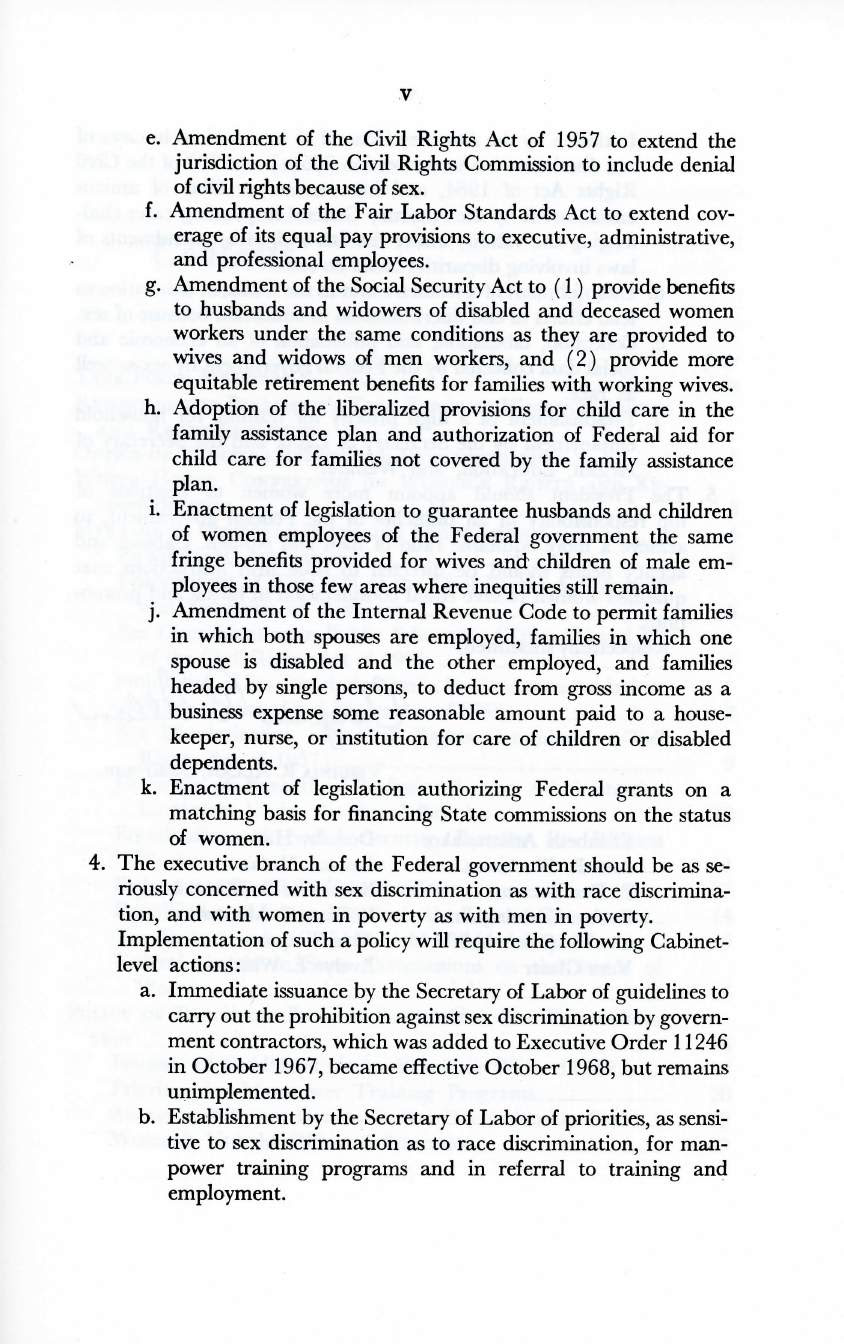 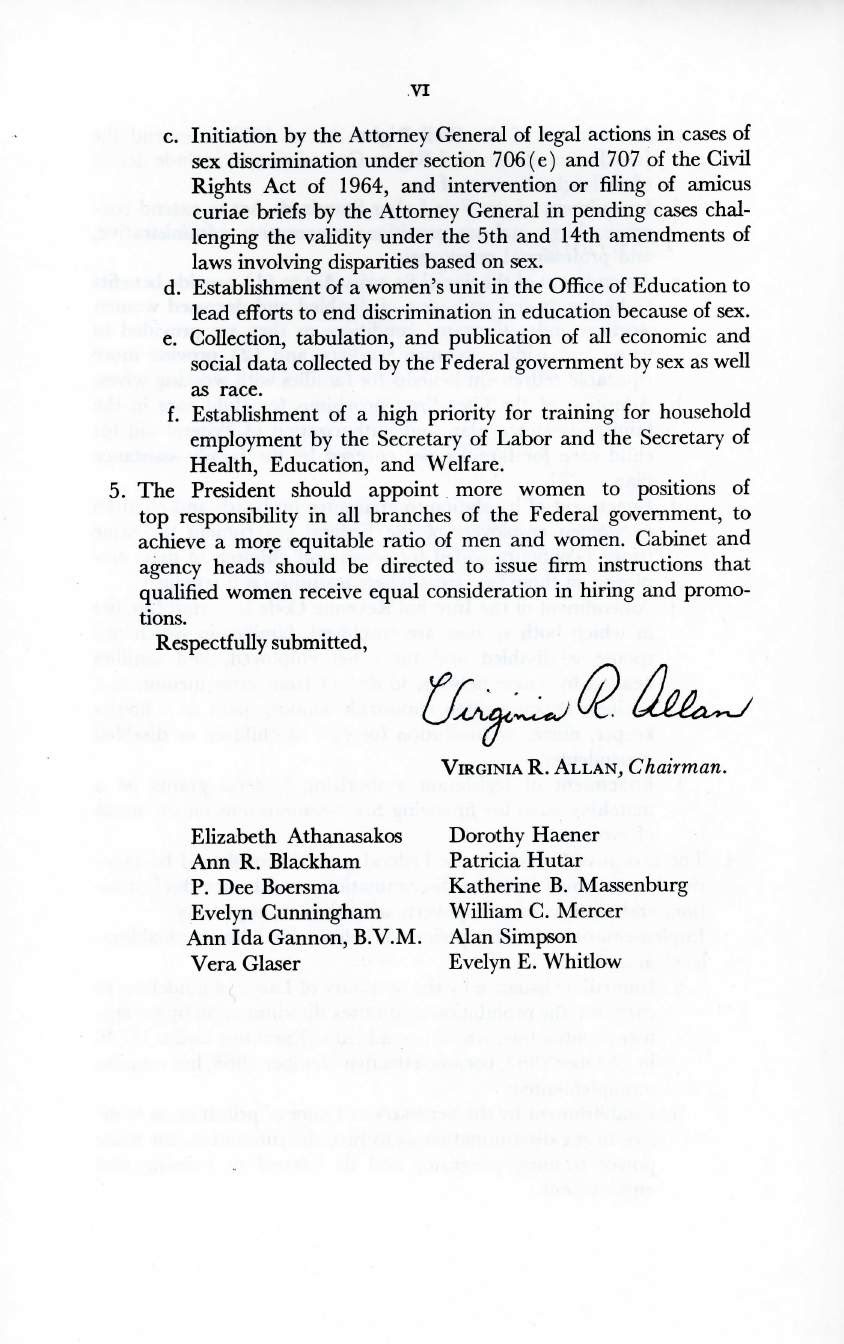 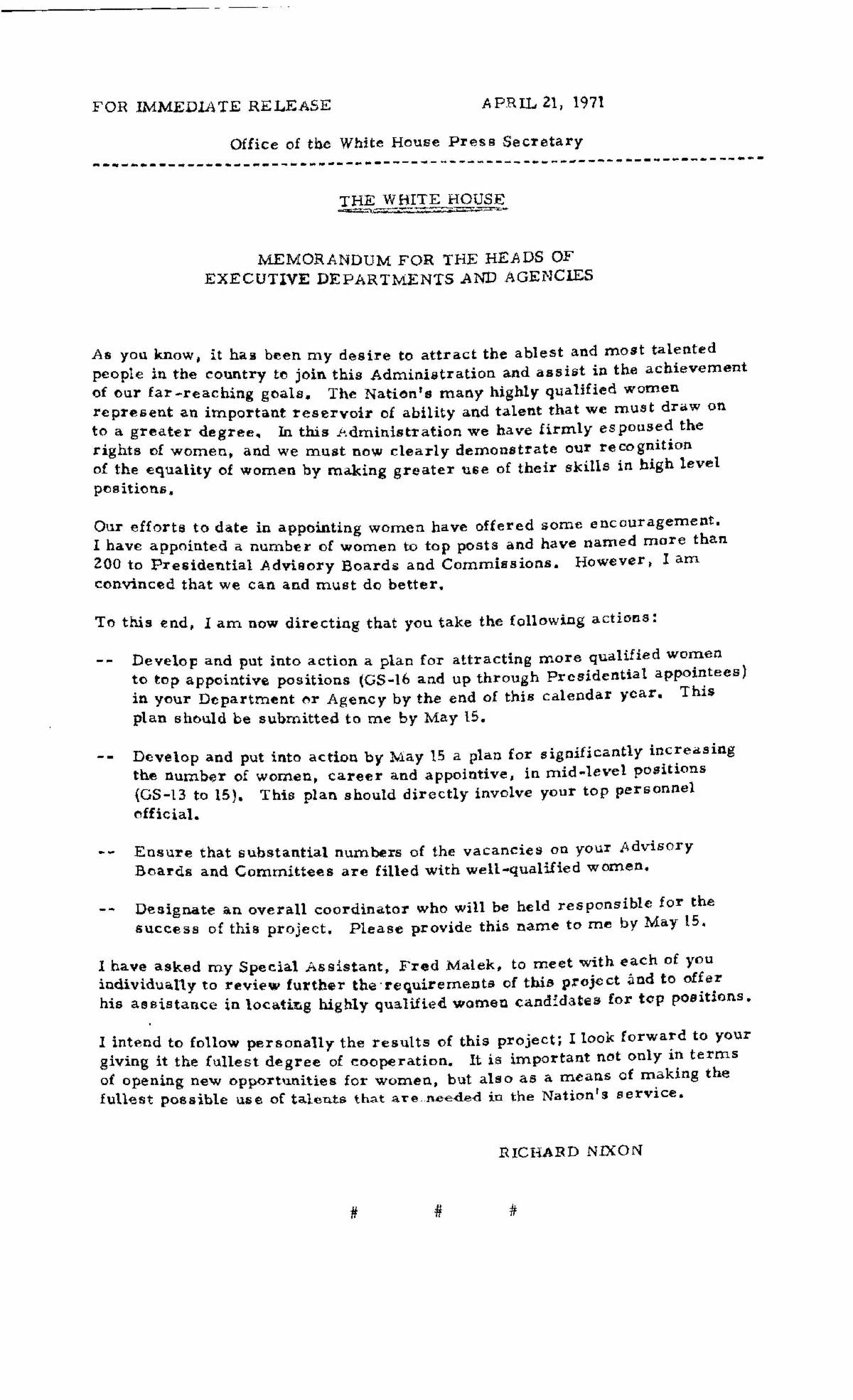 On January 21, 1971, President Nixon issued the Memorandum For The Heads Of Executive Departments And Agencies that required the development of specific action plans to attract and significantly increase the number of women working in the federal government. These plans were to "clearly demonstrate our recognition of the equality of women by making greater use of their skills in high-level positions." Barbara Franklin was appointed Staff Assistant to the President for executive manpower from 1971 to 1973. She focused on recruiting qualified women, filling high-level, policy-making government jobs with women, and monitoring the implementation of each agency's action plans. 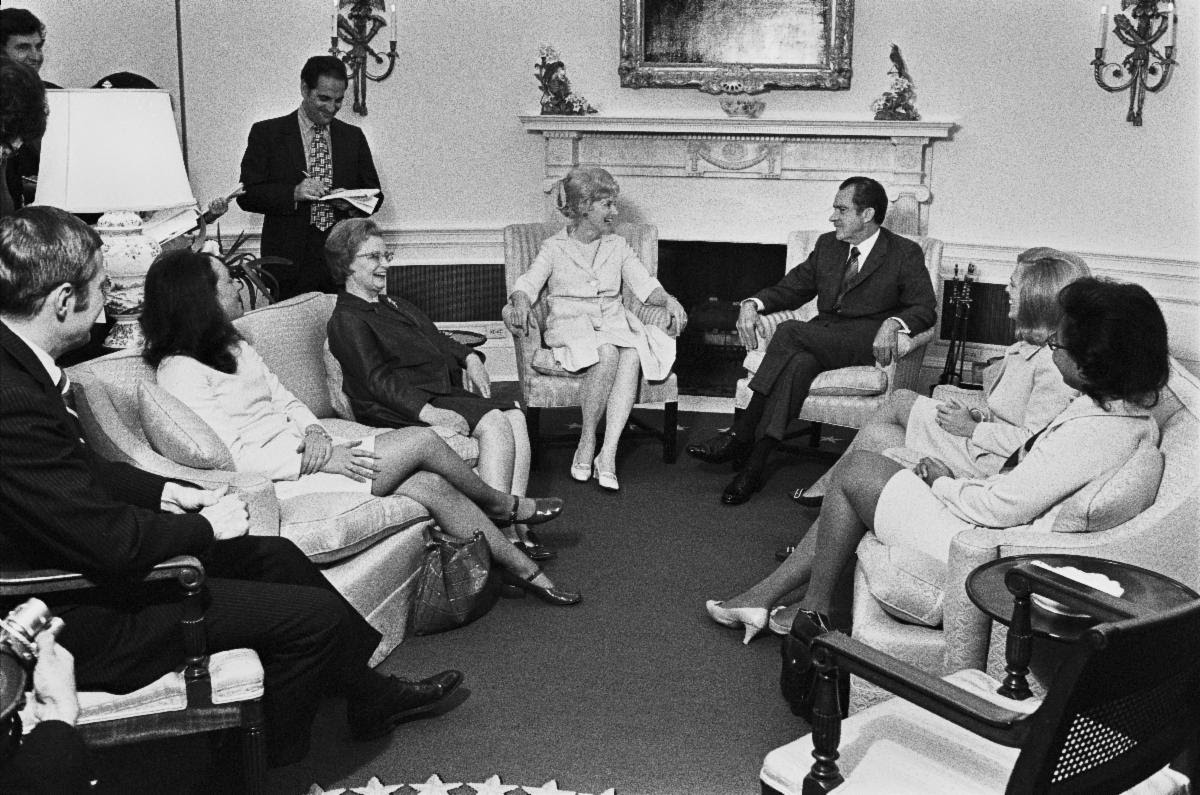 The Equal Rights Amendment, introduced by Alice Paul in 1923, stayed buried in the House and Senate for nearly fifty years. In 1967, the National Organization of Women began fighting for the ERA, which led to the House vote in 1970. By 1972, the Senate approved the bill with a seven-year time limit. President Nixon endorsed its ratification on March 18, 1972, but only thirty-five of the required thirty-eight states ratified the ERA within the deadline. This year, on January 21, 2021, Congress just introduced resolutions to remove the time limit. Click here to learn more about the Equal Rights Amendment and see if you live in a state that has ratified the ERA. 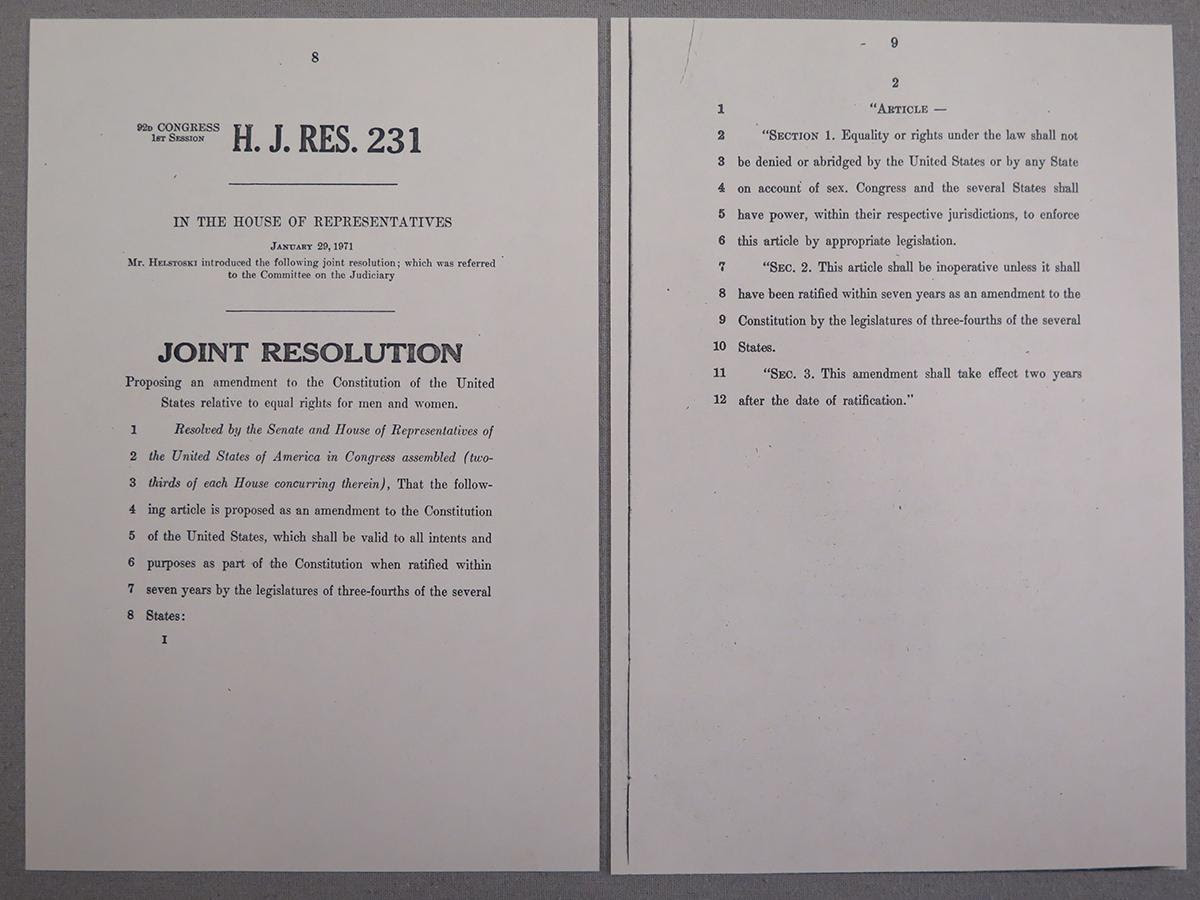 On March 24, 1972, President Nixon signed Public Law 92-261, the Equal Opportunity Employment Act (EEOA), mandating that all federal agencies' personnel decisions were free of inequality. The EEOA amended and expanded the scope of Title VII of the Civil Rights Act to also include discrimination based on sex in the workplace. It broadened the law's application and jurisdiction to include educational institutions, local and state governments, the federal government, executive departments, and agencies. Protections afforded by Title IX of the Civil Rights Act expanded to prohibit discrimination based on sex by any educational institution receiving federal financial assistance. The EEOA gave the Equal Opportunity Commission (EEOC) authority to bring suit if there was reasonable cause to believe that discrimination had occurred.

In October of 1972, President Nixon also signed Public Law 92-496. This law expanded the jurisdiction of the Civil Rights Commission to include discrimination based on sex. It authorized the committee to prosecute offenders and enforce all federal regulations and guidelines. These legislative changes were supported by many in the athletic and academic communities. Below is a poster with signatures from well-known and Title IX athletes who supported President Nixon and his inclusive policies. 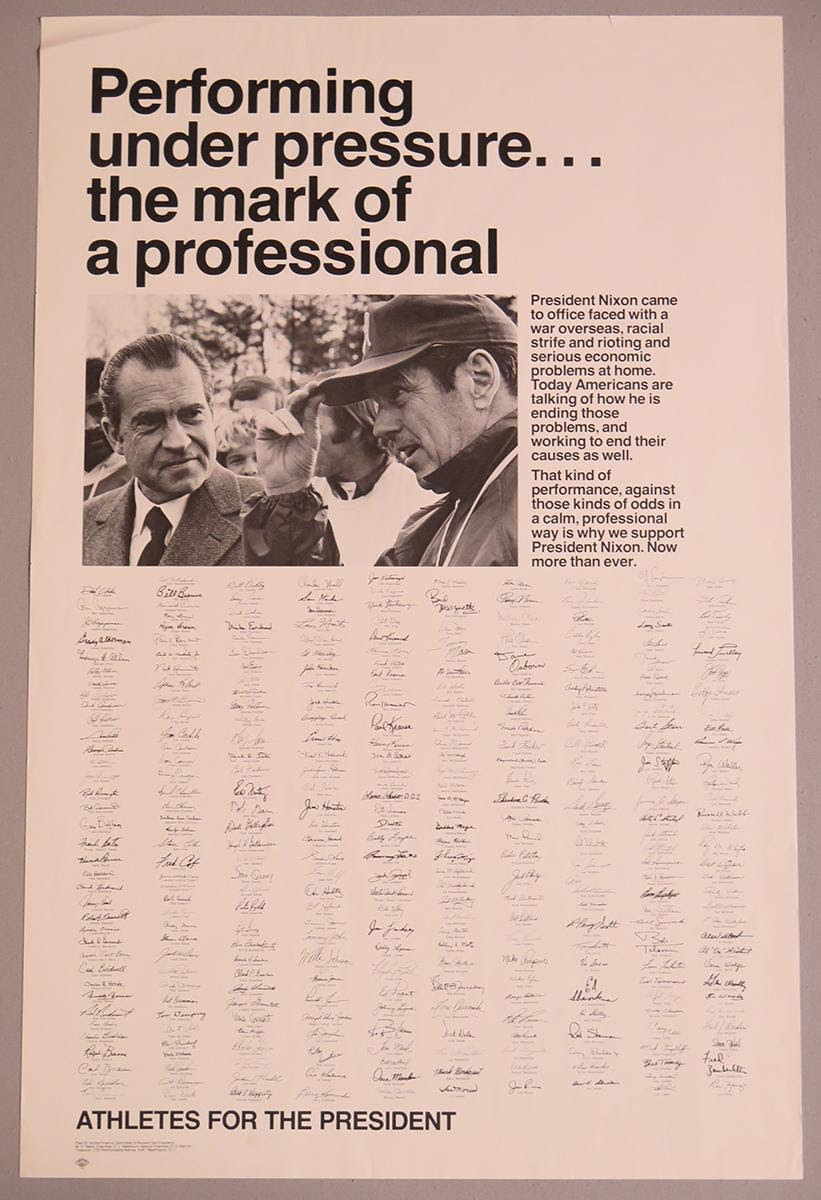 This poster was given personally to President Nixon by football coach George Allen. Gift of Athletes for the President to President Richard Nixon, D.1972.4212.2

"While every woman may not want a career outside the home, every woman should have the freedom to choose whatever career she wishes, and an equal chance to pursue it." - Richard Nixon 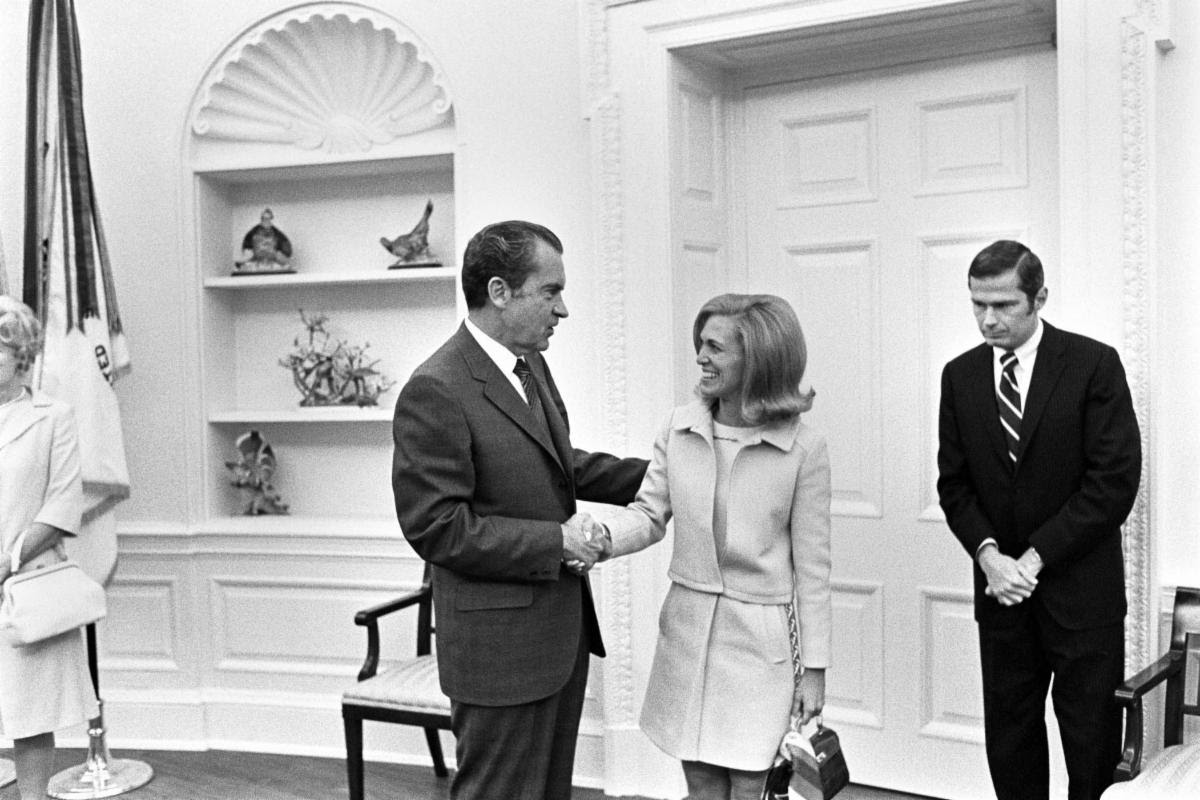 In May 1973, Barbara Franklin, supported with the legislation passed by President Nixon, tripled the number of women hired to government positions. "The number of women in high-level jobs paying more than $28,000 per year increased from 36 to 130." Frequent personnel data updates and the policies set forth by the President's Memorandum For The Heads Of Executive Departments And Agencies set the standard for the diversified government in existence today.

"President Nixon's actions brought gender equality into the mainstream of American life. He made equality "legitimate." This legitimacy rippled through our society and helped create new opportunities for women in business, education, the professions, the arts, and athletics." - Barbara Franklin 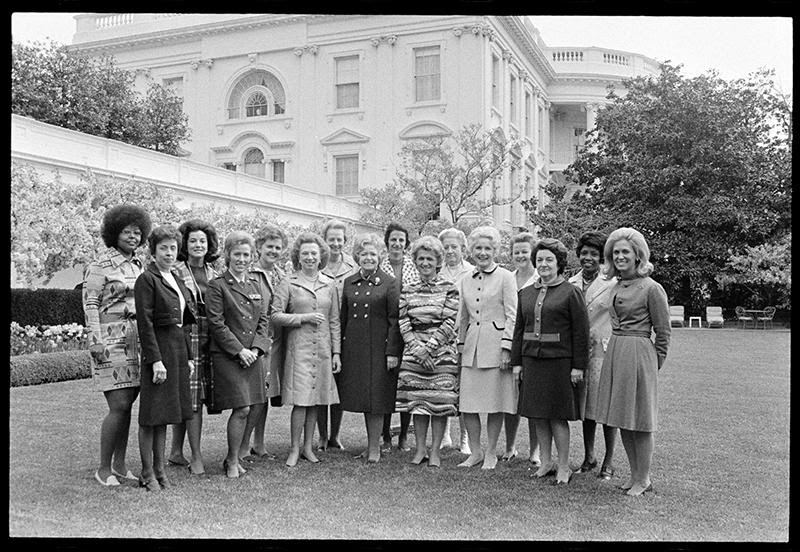 Richard Nixon supported the rights of women throughout his political career. He began bridging the gender gap through legislation and set the example within his administration. In celebration of International Women's Day, the Nixon Library hopes President Nixon continues to inspire everyone to #ChooseToChallenge.