President Dwight Eisenhower created the National Aeronautics and Space Administration (NASA) on July 29, 1958. Its mission was to coordinate the United States’ advancement in space and its context was direct competition between the two greatest antagonists of the Cold War: the United States and the Soviet Union. The space race would be "another dramatic arena for this competition, as each side sought to prove the superiority of its technology, its military firepower and–by extension–its political-economic system.” Richard Nixon, elected into office in November 1968, inherited the Cold War and the tensions associated with it, both on earth and in space. A decade of “effort, expertise and coordination” helped propel the United States of America to victory in the “Space Race.” Ten years of planning and persistence culminated in all six lunar landings occurring during Richard Nixon’s presidency.

American lunar landings ended in 1972, but the advancement of space travel and exploration continues with NASA’s Artemis Program aiming to land on the moon once again in 2024. Privatized space exploration, pioneered by Richard Branson of Virgin Galactic and Jeff Bezos’s Blue Origin, is now dominating a domain once solely reserved for government agencies. The space race has evolved from competition between two powerful nations with warring ideologies to private companies and billionaire entrepreneurs vying for customers in the realm of space tourism in the final frontier.

Symbols of NASA-Designed in 1959, the "meatball" as it is affectionately called, was the agency's logo for 16 years until it was replaced in 1975 by the more modern looking "worm" design. The "meatball" was resurrected in 1992 and is the most recognized symbol of the organization. “Symbols of NASA,” NASA, last modified September 30, 2019,   https://www.nasa.gov/audience/forstudents/5-8/features/symbols-of-nasa.html

NASA, and its creation of the Apollo Program in 1961, thrived due to support and generous government funding from President John F. Kennedy. In a joint message to Congress on May 25, 1961, Kennedy stated, “I believe the nation should commit itself to achieving the goal, before this decade is out, of landing a man on the moon and returning him safely to Earth." Lyndon Johnson's administration continued to support increased agency funding, reaching an all-time high of 4.4% of the national budget in 1966. During the Nixon administration, eight years after the program began, on July 20, 1969, the Apollo 11 space mission touched down on the surface of the Moon. American astronaut Neil Armstrong uttered his famous phrase, "That's one small step for [a] man, one giant leap for mankind." Armstrong and fellow astronaut Edwin “Buzz” Aldrin planted the American flag into the surface of the Moon, and the United States reigned victorious. 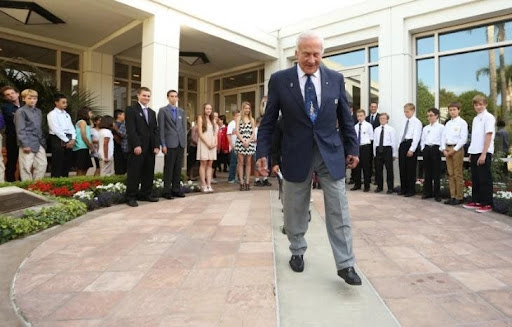 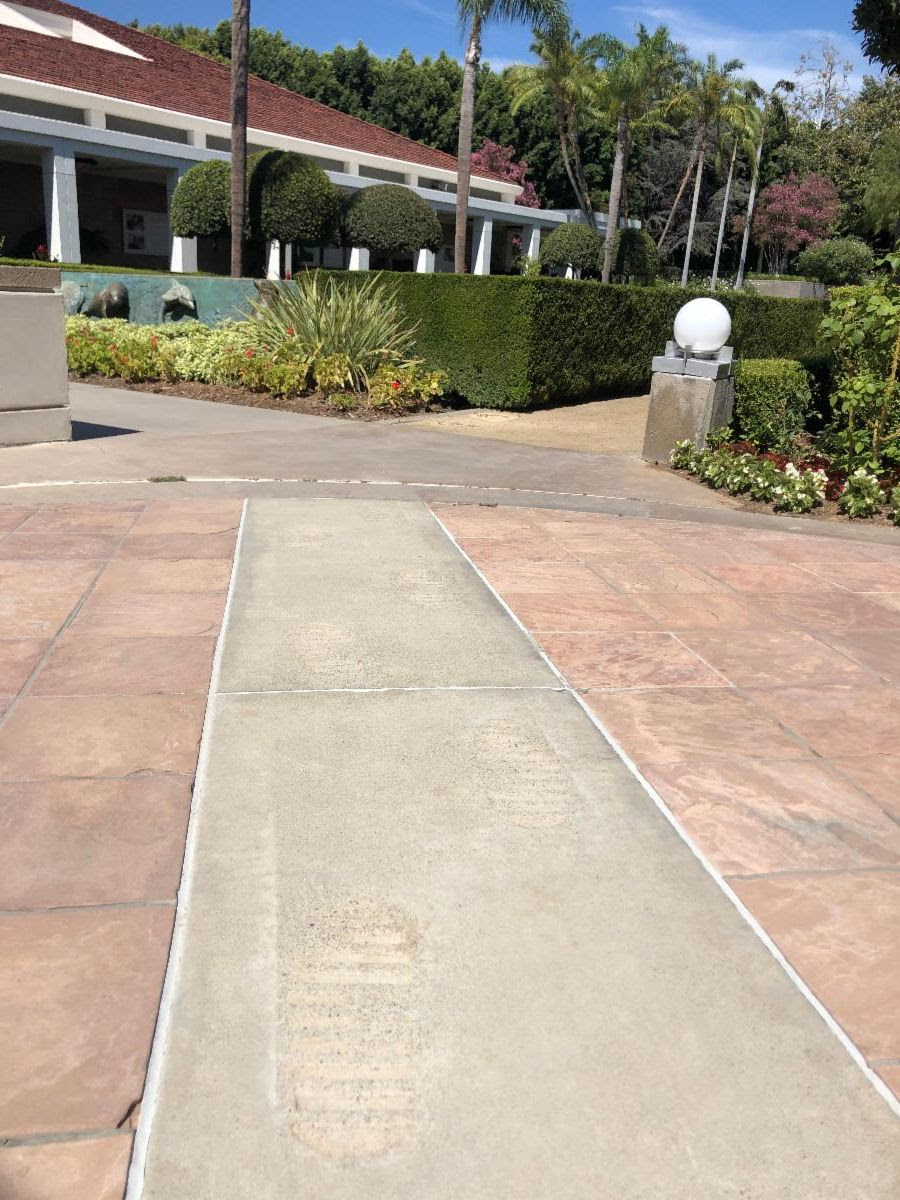 NASA achieved what many thought impossible, landing humans on the Moon and bringing them safely back to Earth, ultimately winning the Space Race during the Cold War. History was also made when the two astronauts received an interplanetary congratulatory phone call from President Nixon, the longest distance phone call ever made, on July 20, 1969 at 11:45 PM Eastern Daylight Time. 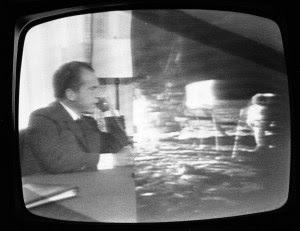 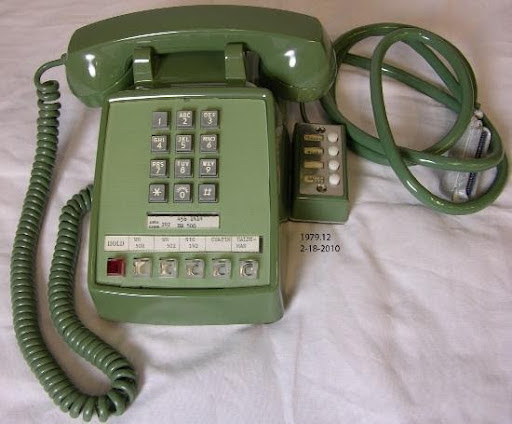 While in the White House Oval Office on July 20, 1969, President Nixon used this green telephone to talk to the Apollo 11 astronauts while they walked on the moon. Richard Nixon Presidential Library and Museum, National Archives and Records Administration, 1979.12

Four days later, the President welcomed home the Apollo 11 crew in person aboard the USS Hornet in the Pacific Ocean. The final lunar landing, Apollo 17, occurred in December of 1972. 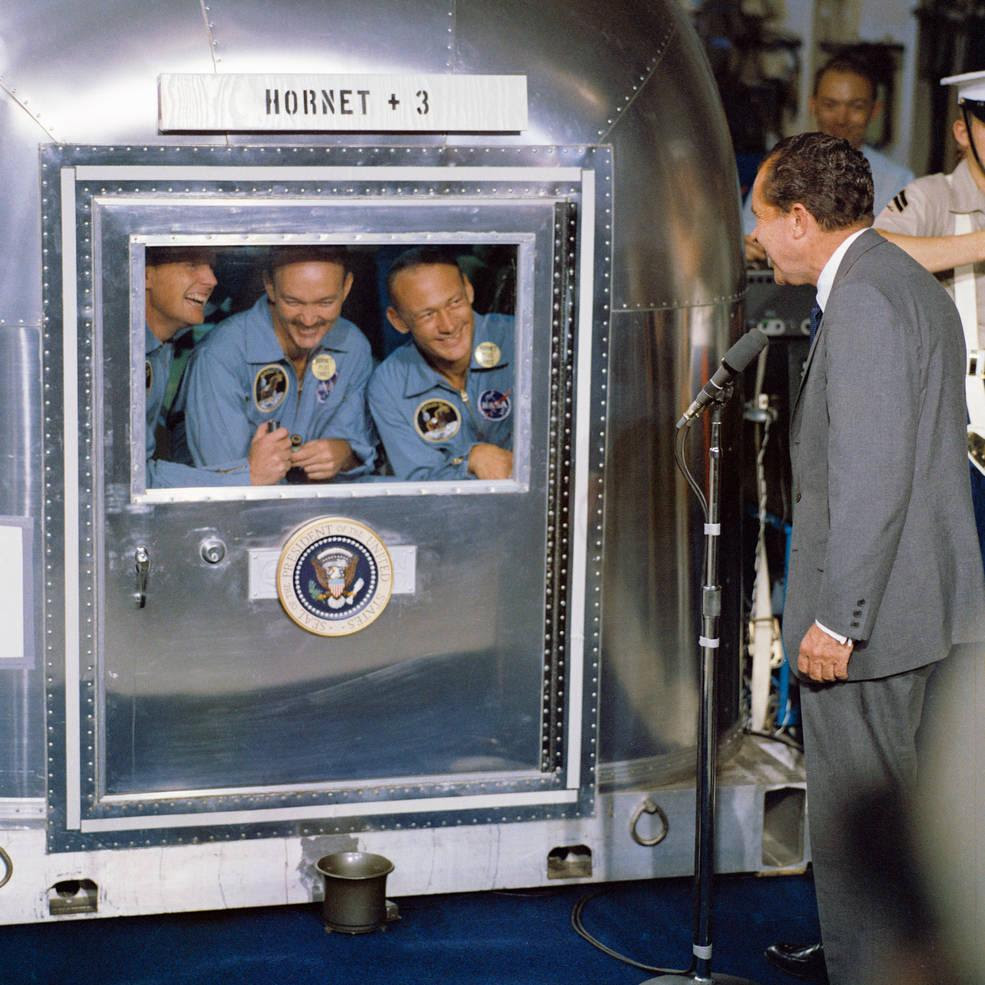 Man's exploration of the Moon was challenging, expensive, wondrous, tragic, and breathtaking. NASA’s almost five billion dollar budget in 1969 prompted the President to reevaluate the space program's importance in comparison to the many national issues needing attention and funding. On March 7, 1970, President Nixon changed the trajectory of the space program stating, “We must think of [space activities] as part of a continuing process and not as a series of separate leaps, each requiring a massive concentration of energy. Space expenditures must take their proper place within a rigorous system of national priorities.” By January 1972, Nixon had outlined a vision to revolutionize space travel that would take away the astronomical costs and make space more accessible for all Americans. These decisions reined in budget expenditure, “promoted increased international participation in U.S. human spaceflight programs, and prompted the expansion of privatized space exploration happening today.

On May 22, 1972, Nixon became the first United States President to visit Moscow. Subsequent meetings brought diplomacy in space through the Agreement Concerning Cooperation in the Exploration and Use of Outer Space for Peaceful Purposes. This agreement laid the foundation for the 1975 linking of an Apollo spacecraft with a Soviet Soyuz command module during the Ford administration. Its mission, a nine-day space flight, tested the “compatibility of rendezvous and docking systems and the possibility of an international space rescue.” President Nixon’s space diplomacy set the groundwork for the current International Space Station in orbit by promoting technological growth and easing the financial burden of space exploration through pooled resources. 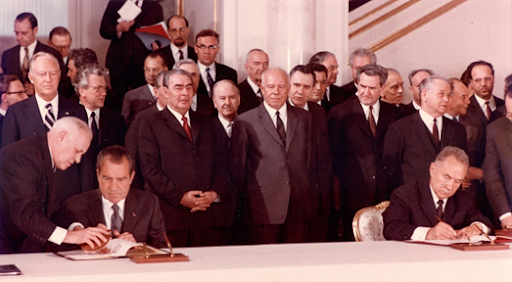 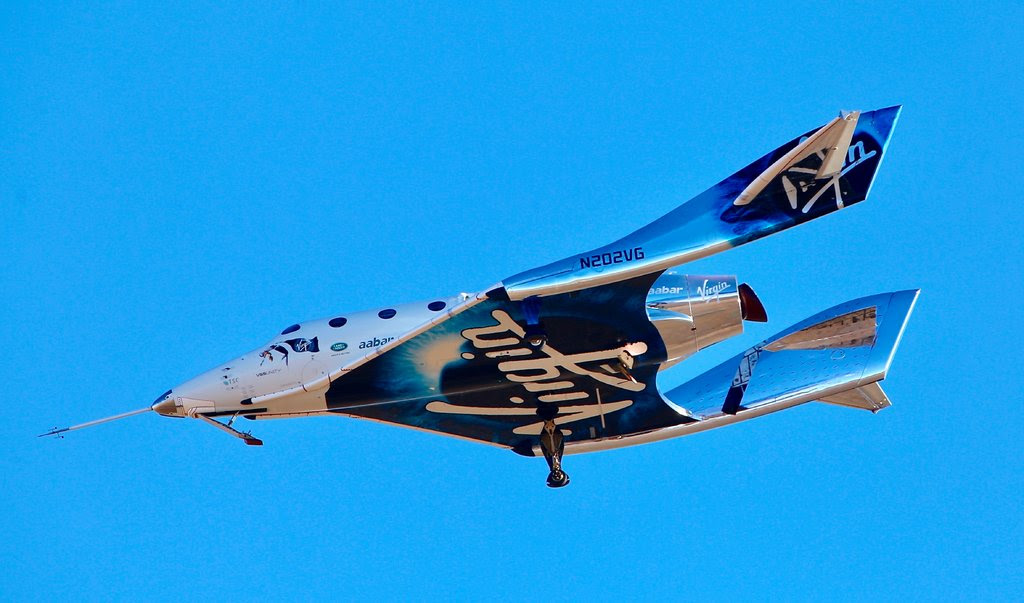 On September 21, 2020, NASA published an update to its newest mission, the Artemis Plan, stating, “In its formal plan, NASA captures Artemis progress to date, identifying the key science, technology, and human missions, as well as the commercial and international partnerships that will ensure we continue to lead in exploration and achieve our ambitious goal to land astronauts on the Moon.”

The astronauts chosen will include the first woman and the first person of color to walk on the moon in the year 2024. To become an astronaut with NASA, potential candidates must be U.S. citizens, earn a master's degree in biological science, physical science, computer science, engineering, or math, have 1,000 hours as a pilot in command of an aircraft, and pass the flight astronaut physical exam. The budding industry of space tourism spearheaded by billionaires Richard Branson and Jeff Bezos will help bypass NASA’s stringent regulations. The current price tag: $250,000. After his landmark flight this month, Richard Branson, owner of Virgin Galactic stated, “We’re here to make space more accessible to all.” The Space Race - albeit reimagined in the 21st Century to include commercial partnerships and space tourism - continues thanks to the legacies of Presidents Eisenhower, Kennedy, Johnson, Nixon and Ford.