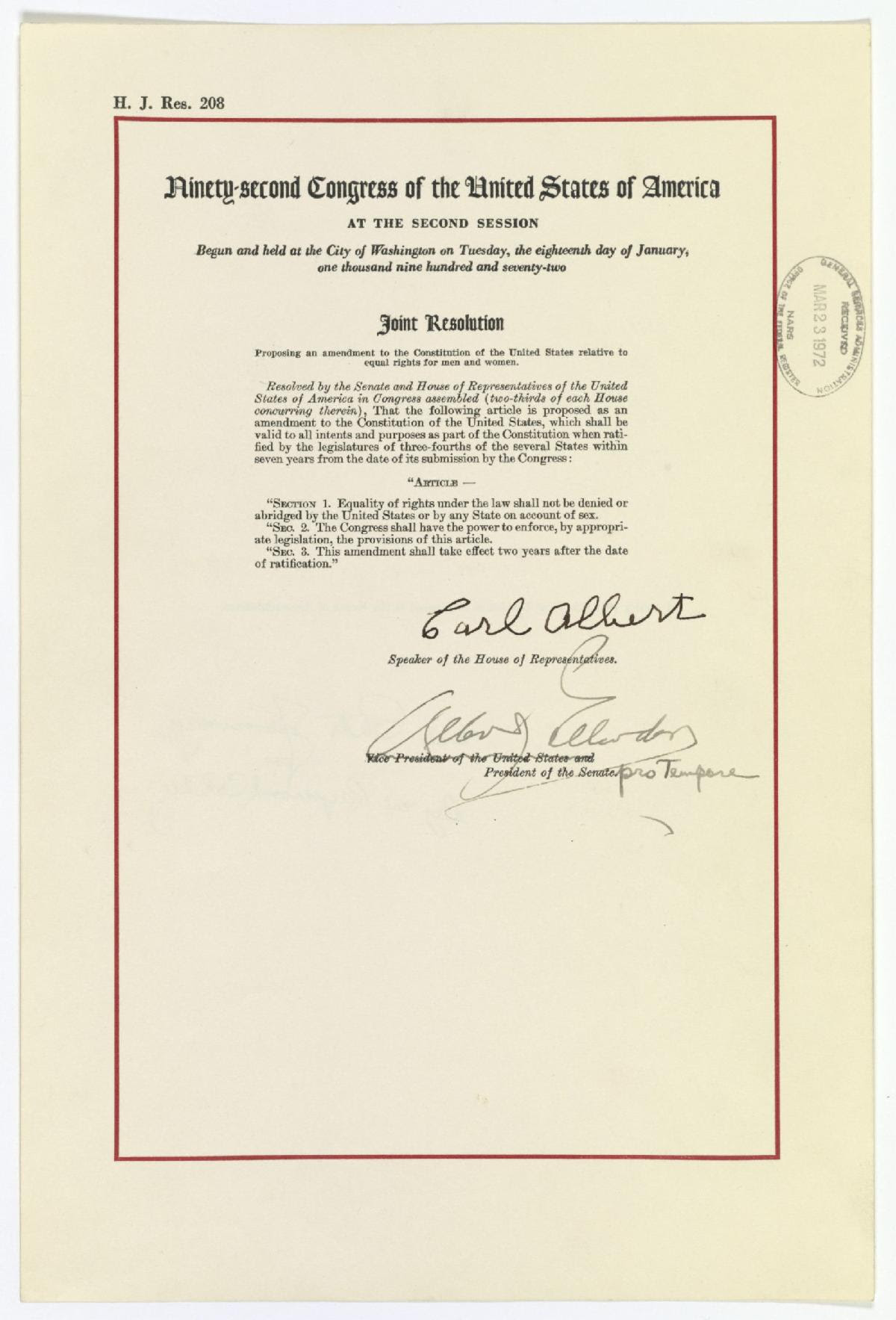 March 22 marks the 50th anniversary of the introduction for states’ ratification of the Equal Rights Amendment.

The Equal Rights Amendment (ERA) is a proposed amendment to the United States Constitution that would guarantee equal legal rights for all American citizens, regardless of sex. If passed, legal rights would no longer be determined by gender. Its supporters claim that it would eliminate legal inequalities between men and women in divorce, property, employment, and other areas. 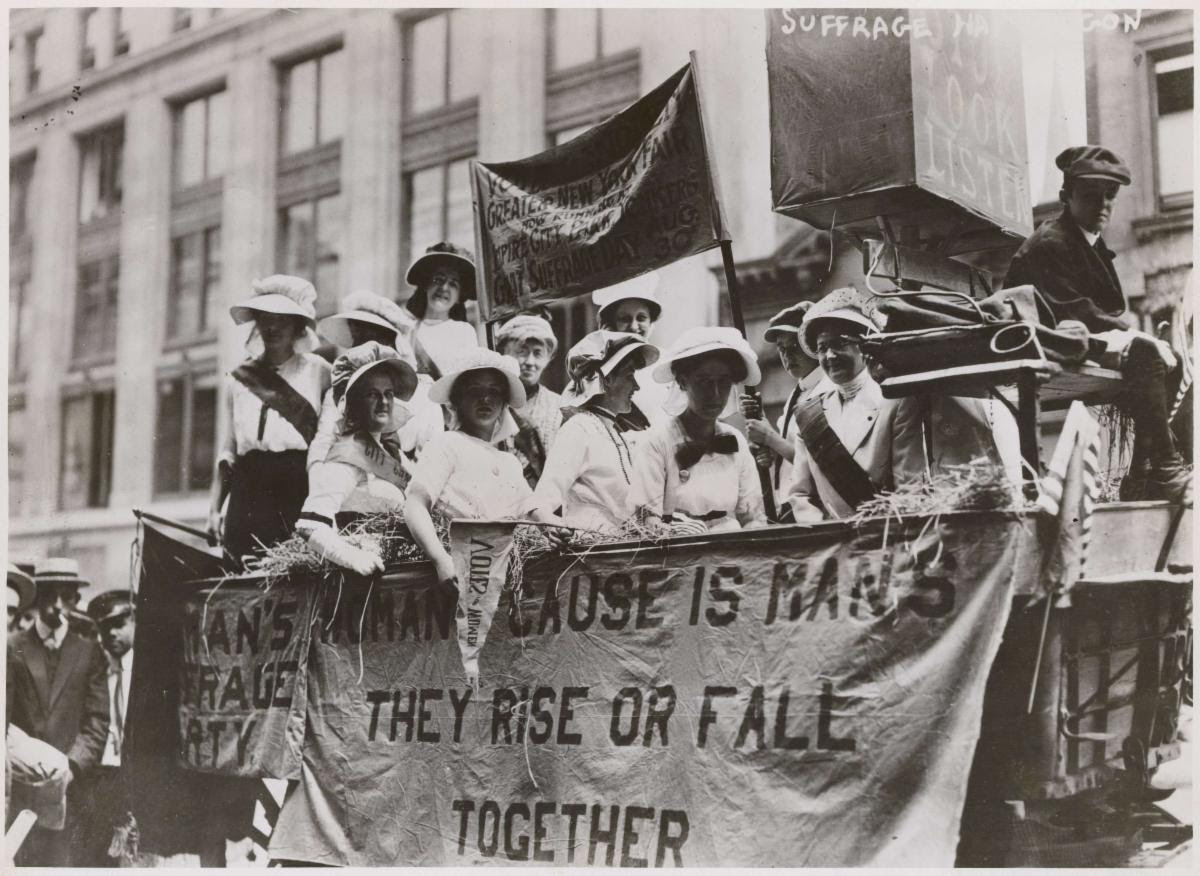 Congressman Daniel R. Anthony, Susan B. Anthony's nephew, proposed the Equal Rights Amendment in Congress for the first time in 1923 and was drafted as a strategy to eradicate discrimination against women by Alice Paul, a leader in the fight for women's rights. 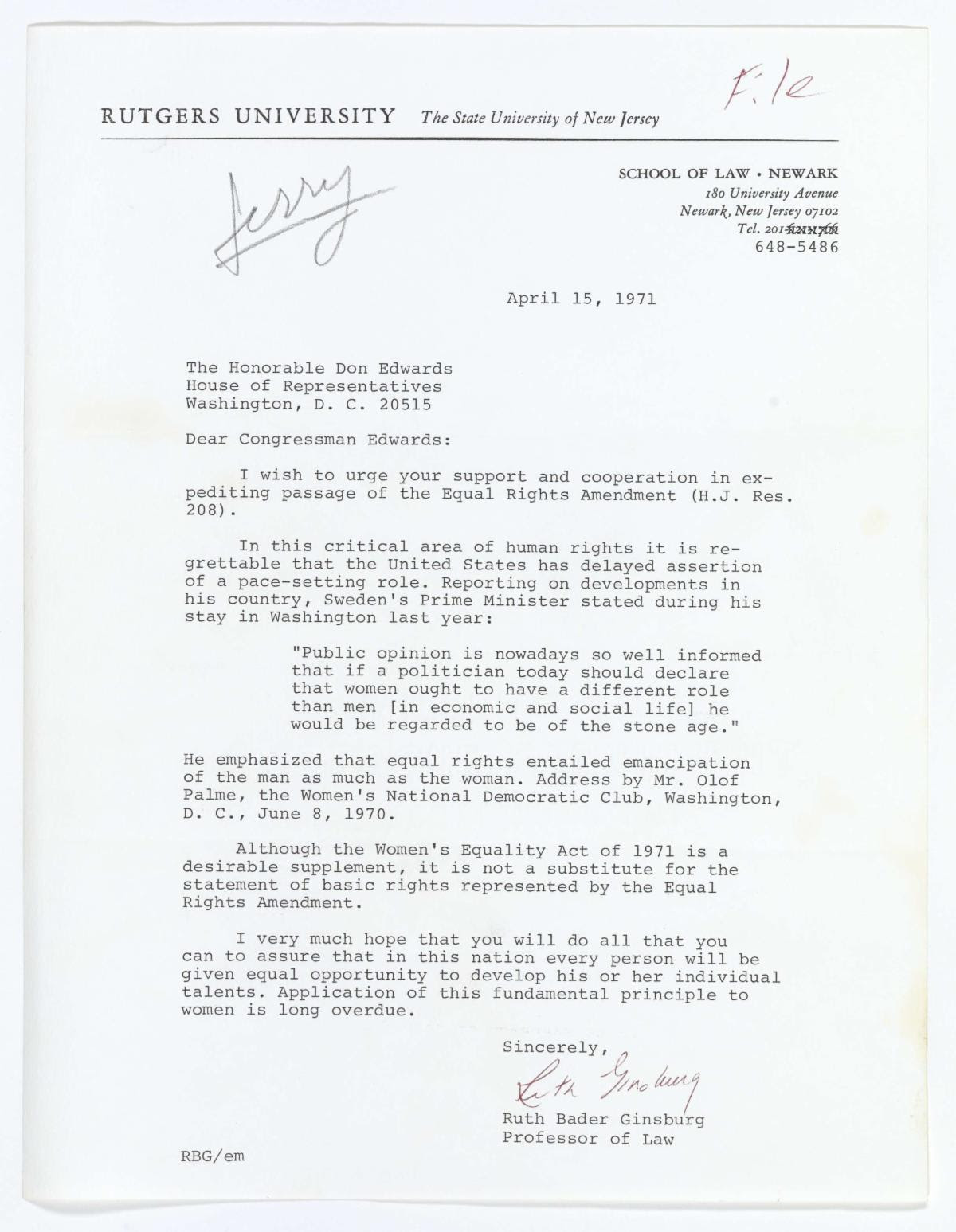 Letter from Law Professor Ruth Bader Ginsburg in Support of the Equal Rights Amendment; 4/15/1971; Legislative Files of the Committee on the Judiciary for the 92nd Congress; Committee Papers, 1813 - 2011; Records of the U.S. House of Representatives, Record Group 233; National Archives Building, Washington, DC. NAID 26283960

Both chambers of Congress finally ratified the amendment in 1972. And on March 22, 1972, it was sent to state legislatures for ratification (before being transmitted to the states for ratification, a constitutional amendment must pass as a joint resolution).

However, when the deadline for state legislature ratification expired in 1982, three states were still missing from the requisite 38 (three-fourths of the States). It remains unratified today.

Using DocsTeach, the National Archives’ online tool for teaching activities, we invite you and your students to take a deeper look at Ruther Bader Ginsburg’s letter of support for the ERA through this document analysis activity.