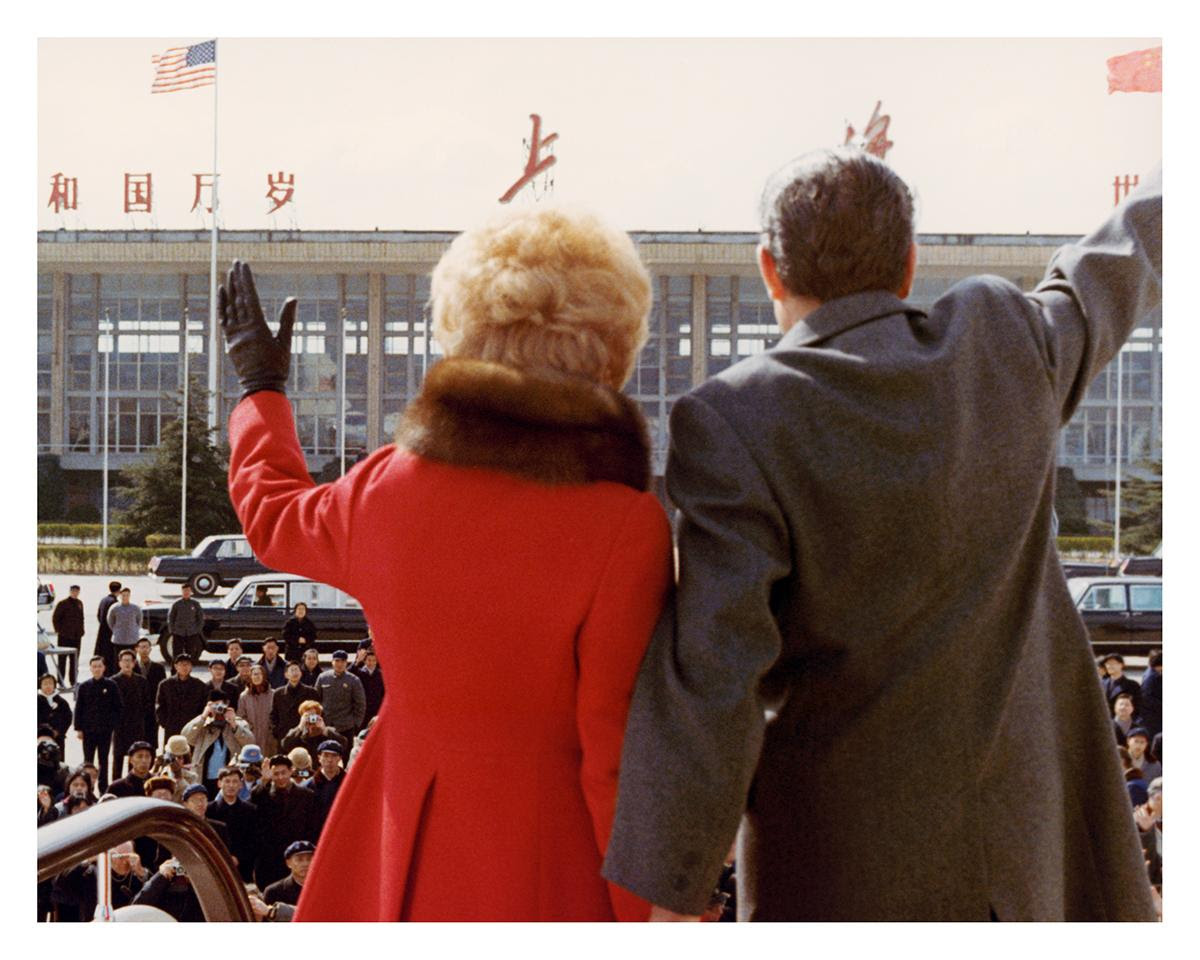 President Nixon and the First Lady arrive in the People's Republic of China. (WHPO-8636-21A)

Monday, February 21, 2022, will mark the 50th anniversary of President and Mrs. Nixon’s historic visit to the People's Republic of China. Just six years after the start of Mao Zedong’s cultural revolution, a movement intent on purging the influences of Western civilization from China, the Chairman surprised the world by welcoming both the 37th President of the United States and the First Lady. 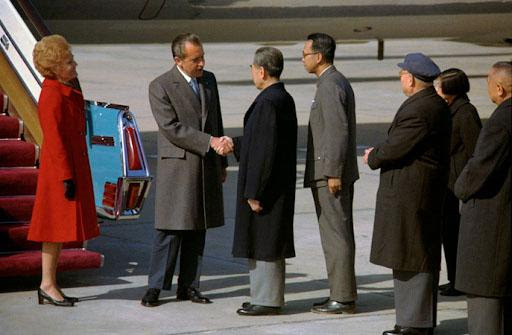 By 1972, Richard Nixon had already made his mark in the arena of foreign diplomacy﻿ traveling overseas numerous times during his first term before he visited China to begin re-establishing diplomatic relations with China. President Nixon’s goal of détente with China and Russia in the 1970s eased tensions and increased dialogue between the once adversarial countries. 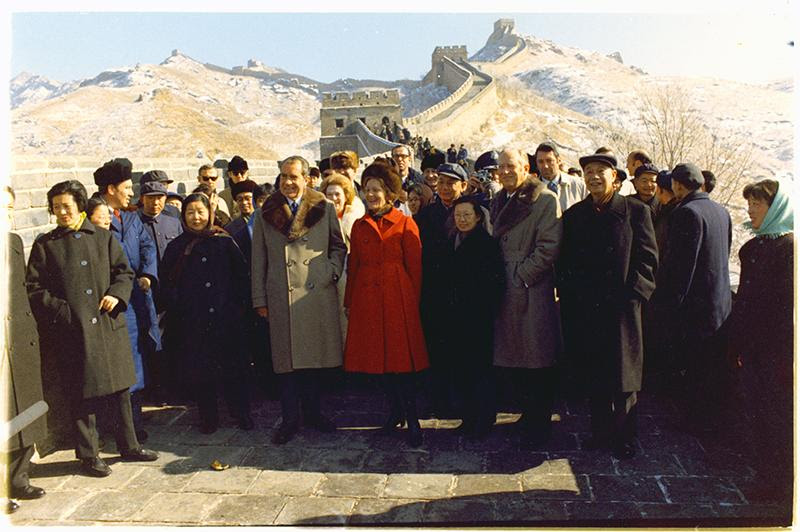 With this visit, Pat Nixon became the first First Lady to visit the communist nation since its revolution in 1949. An astute diplomat in her own right, Pat read State Department dossiers, studied political ideologies, and even learned phrases in the native tongue to show respect. As with most of her diplomatic travels, she bypassed luncheons to visit local markets, hospitals, orphanages, and schools where average citizens lived and worked. While President Nixon spent the visit negotiating behind closed doors, it was the First Lady’s visible activities that “were vital to the media and the public realization of the unprecedented visit’s monumental significance.”

﻿Mrs. Nixon sampling an assortment of Chinese food in the kitchen of the Peking Hotel. (WHPO-8508-16) Among the sea of muted, unisex uniforms of the onlookers and political escorts, Pat’s iconic red coat stood out. Her coat, the emblem color of China, gave a tacit nod of respect and also conveyed the subliminal message that the wife of a wealthy, capitalist world leader was appearing in the same clothes on numerous days. 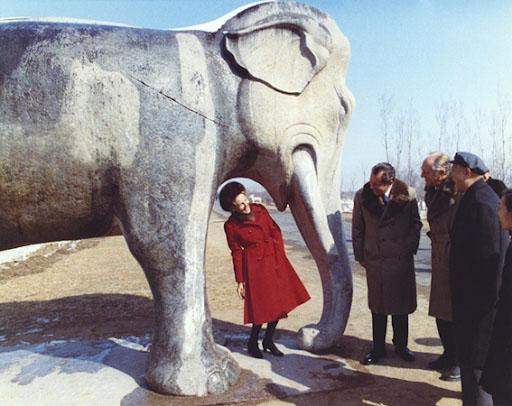 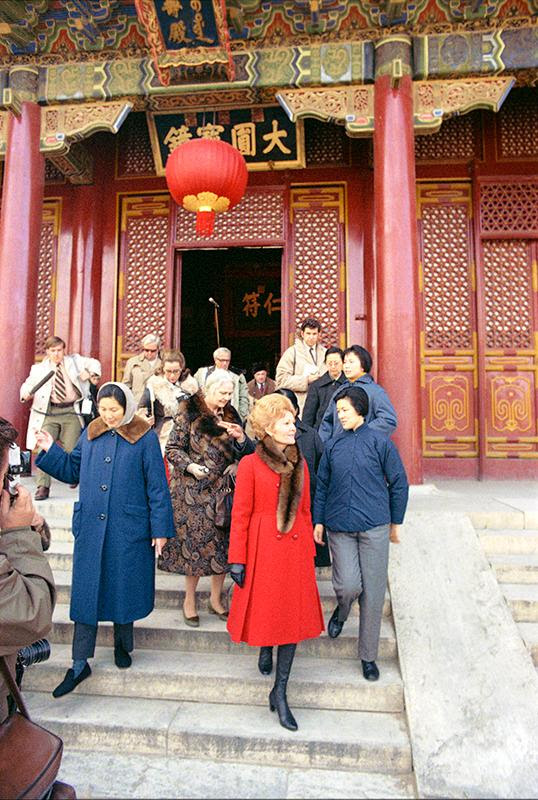 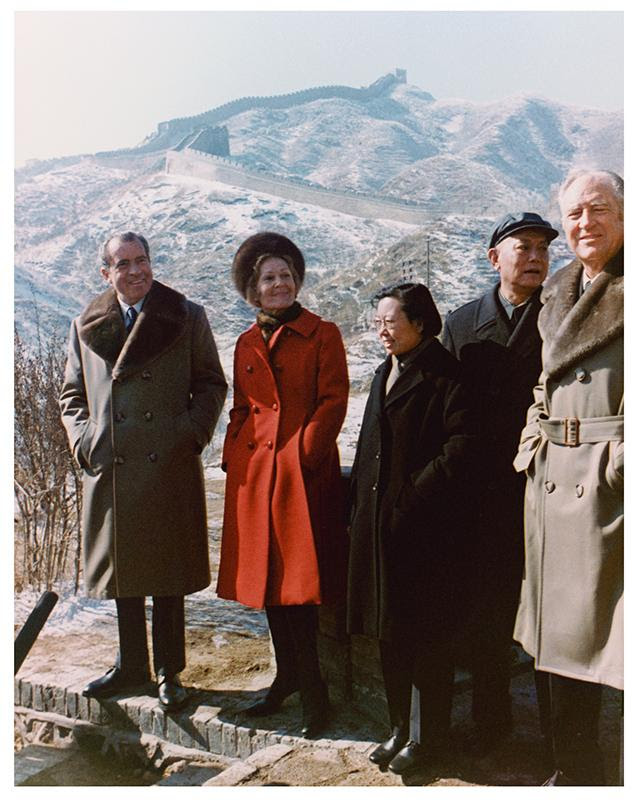 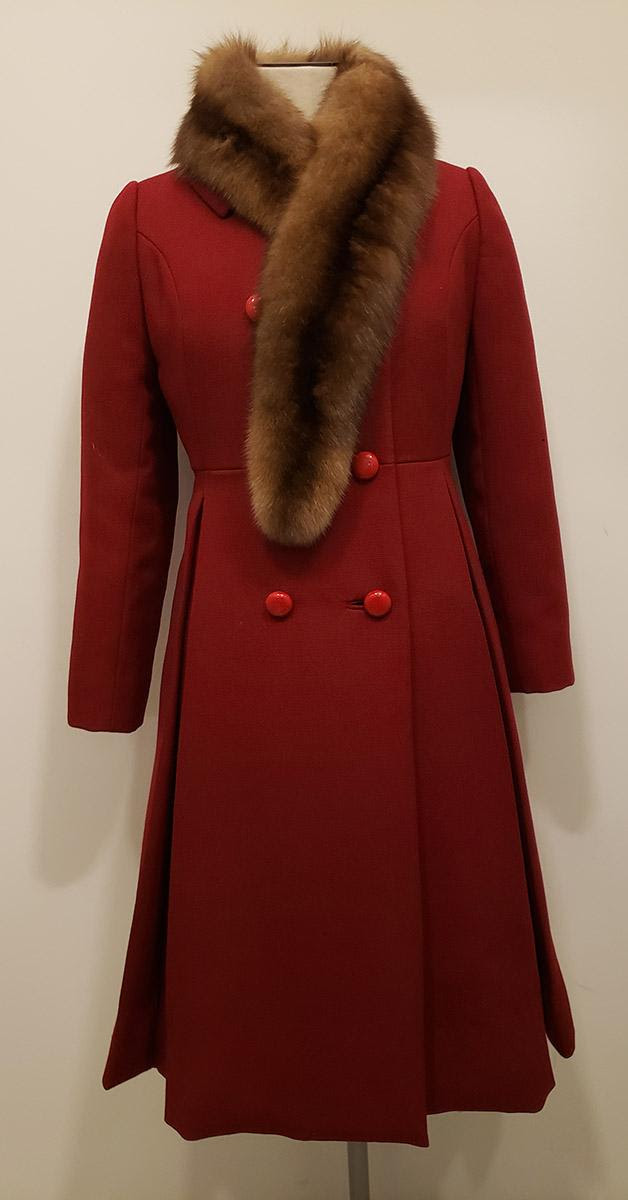 During his presidency, Nixon often gifted American porcelain sculptures designed by the Boehm Porcelain Company to heads of state. For Chairman Mao Zedong, President Nixon chose a sculpture of mute swans, the Birds of Peace. 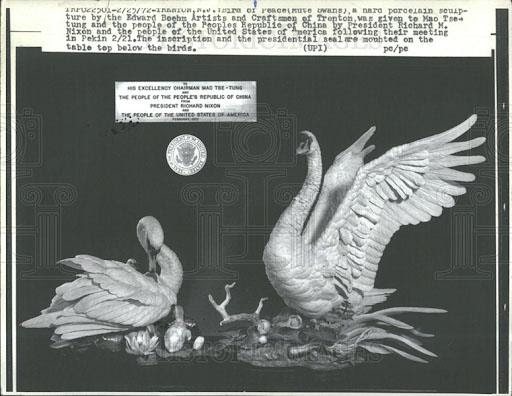 During the China trip, Pat Nixon toured the Peking Zoo. After Mrs. Nixon conveyed to Premier Zhou how much she loved her visit to the zoo, he gifted her two giant pandas.

“Seated next to the Chinese Premier, Mrs. Nixon and Zhou discussed her tours throughout Peking, specifically her visit to the Peking Zoo to see the pandas. On the table in front of her, she noticed a box of cigarettes wrapped in pink tissue and decorated with Chinese pandas. Showing it to him, she remarked how enamored she was with them: “Aren’t they cute? I love them.” “I’ll give you some,” he replied, and arrangements were made to ship two pandas to the National Zoo in Washington.”

On April 16th, 1972, Pat Nixon welcomed the furry goodwill ambassadors to Washington’s National Zoo. Panda-monium ensued after the arrival of Ling-Ling and Hsing-Hsing; the two pandas drew a reported 20,000 visitors on their first day.

The gift of two giant pandas to Pat Nixon demonstrated “both the political power of the First Lady and the early commitment by both nations to work together to foster improved Sino-American relations.” Ling-Ling and Hsing-Hsing spent twenty years together at the Smithsonian National Zoo until their passing in the 1990s. In 2000, the Chinese government reached an agreement with the United States for two new giant pandas. Mei Xiang and Tian Tianat will reside at Smithsonian's National Zoo until their return to China in 2023. 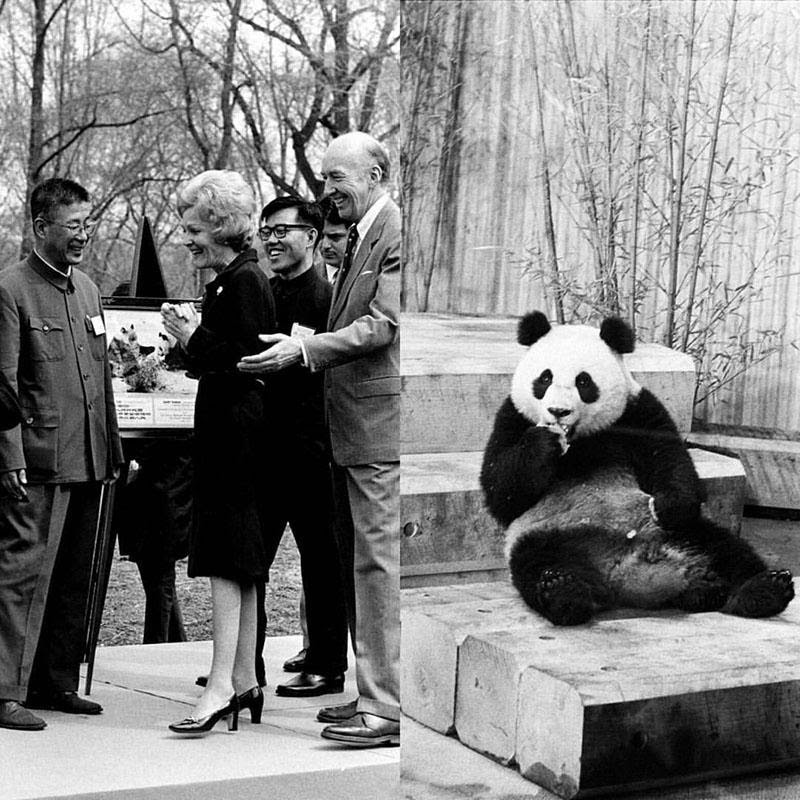 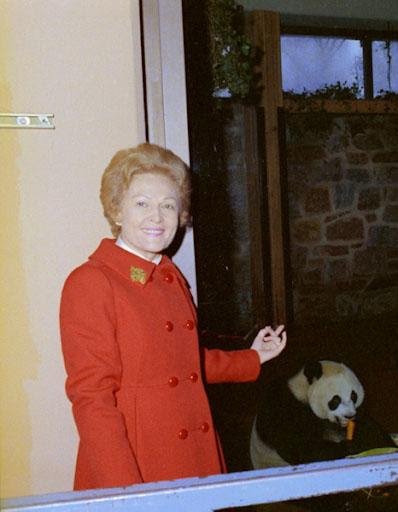 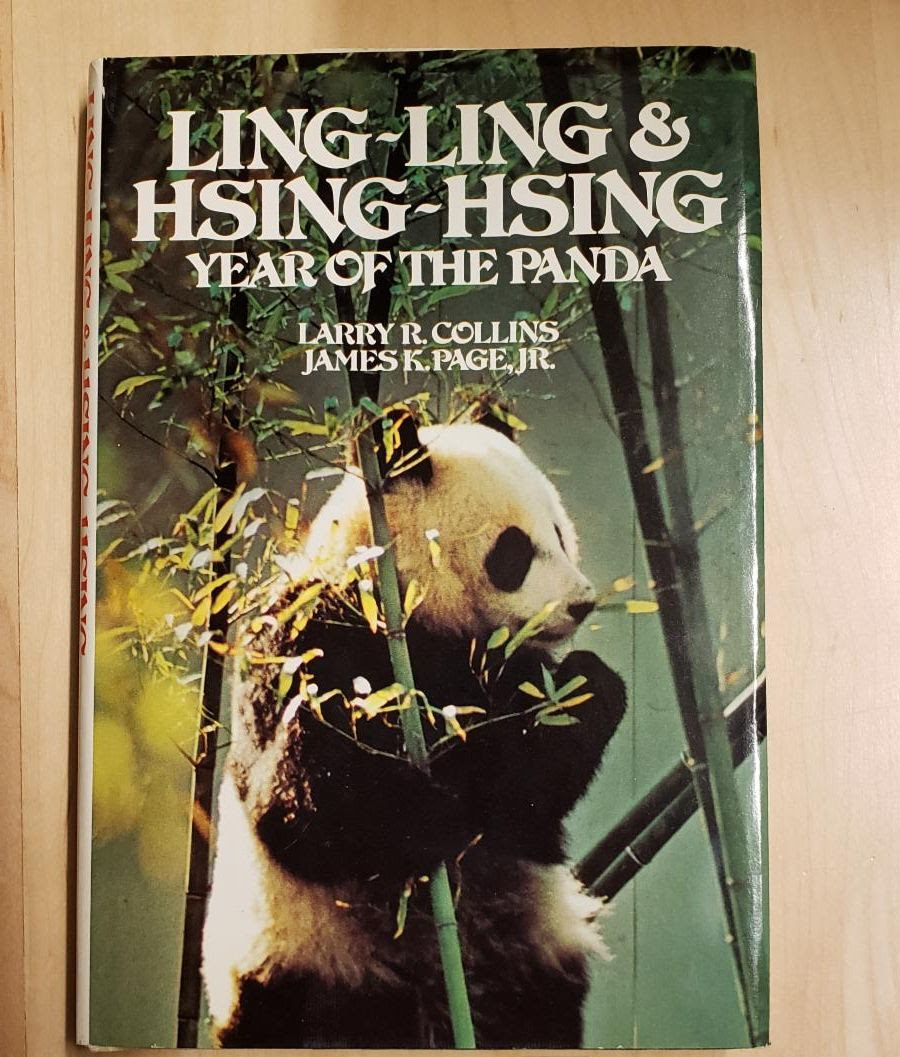 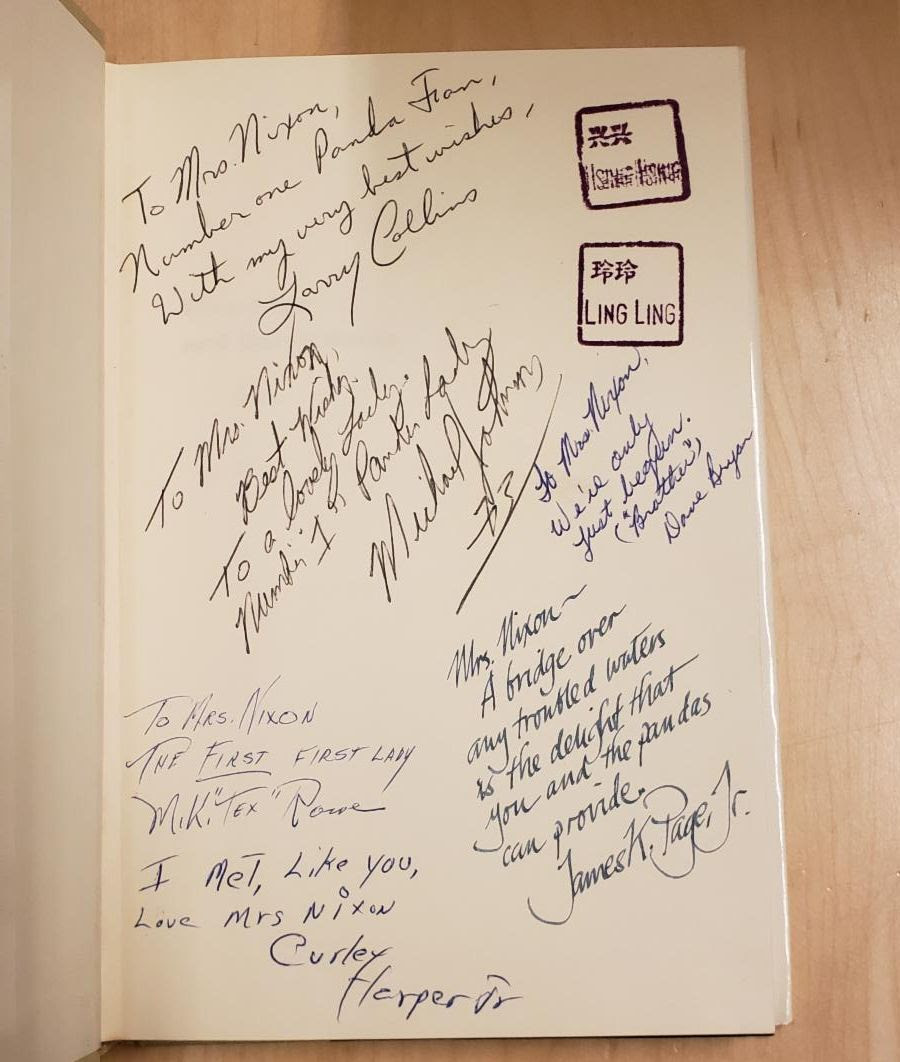 This book is a gift from the Director of the National Zoological Park, who led the expedition to China to bring back the two pandas.  Ling-Ling & Hsing-Hsing, Year of the Panda by Larry R. Collins and James K. Page, Jr. along with co-authors The Pandas and their keepers: Tex Rowe, Curley Harper, Mike Johnson and Dave Bryan. Published in 1973. Gift of Dr. Theodore H. Reed to First Lady Pat Nix﻿on, D.1973.578.a-b

This Monday, February 21, 2022, is the 50th anniversary of President Nixon’s visit to China. Visitors can relive the historic moment, view artifacts, and explore the relationship between the United States and China at the Richard Nixon Presidential Library and Museum in Yorba Linda, California. 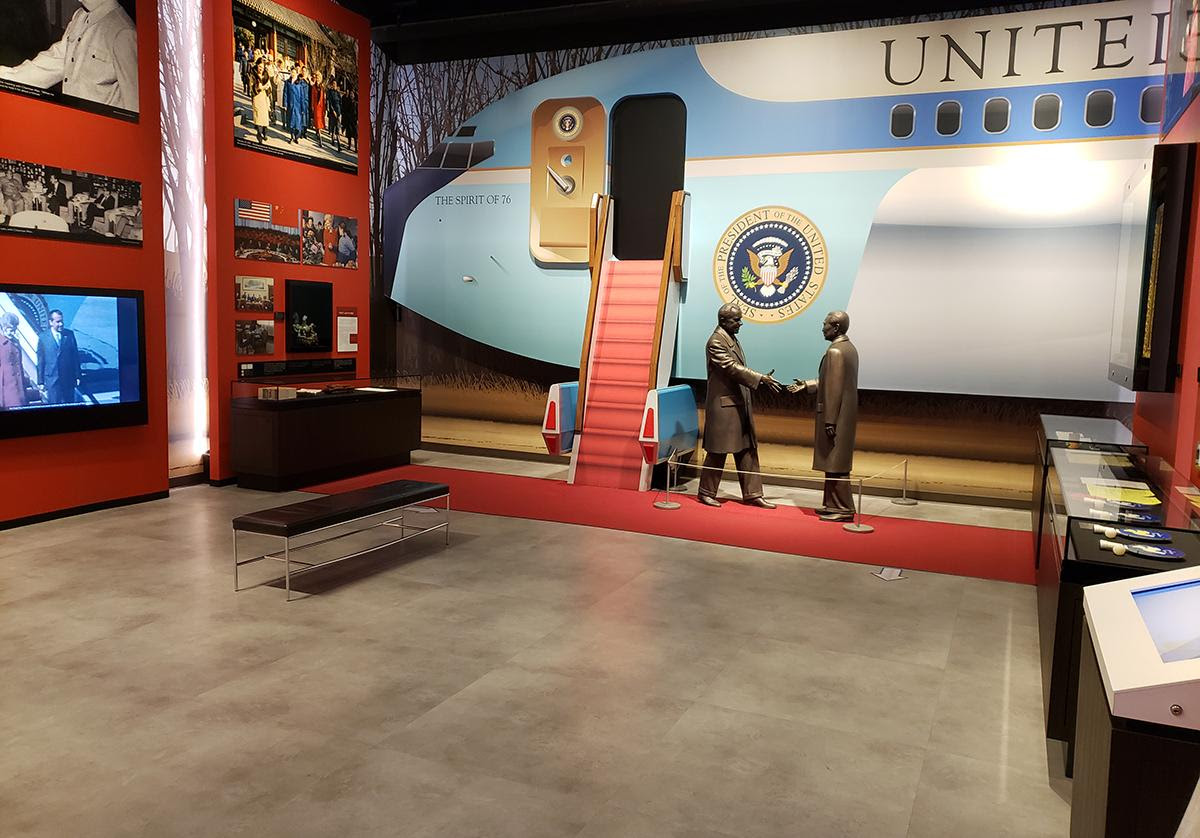 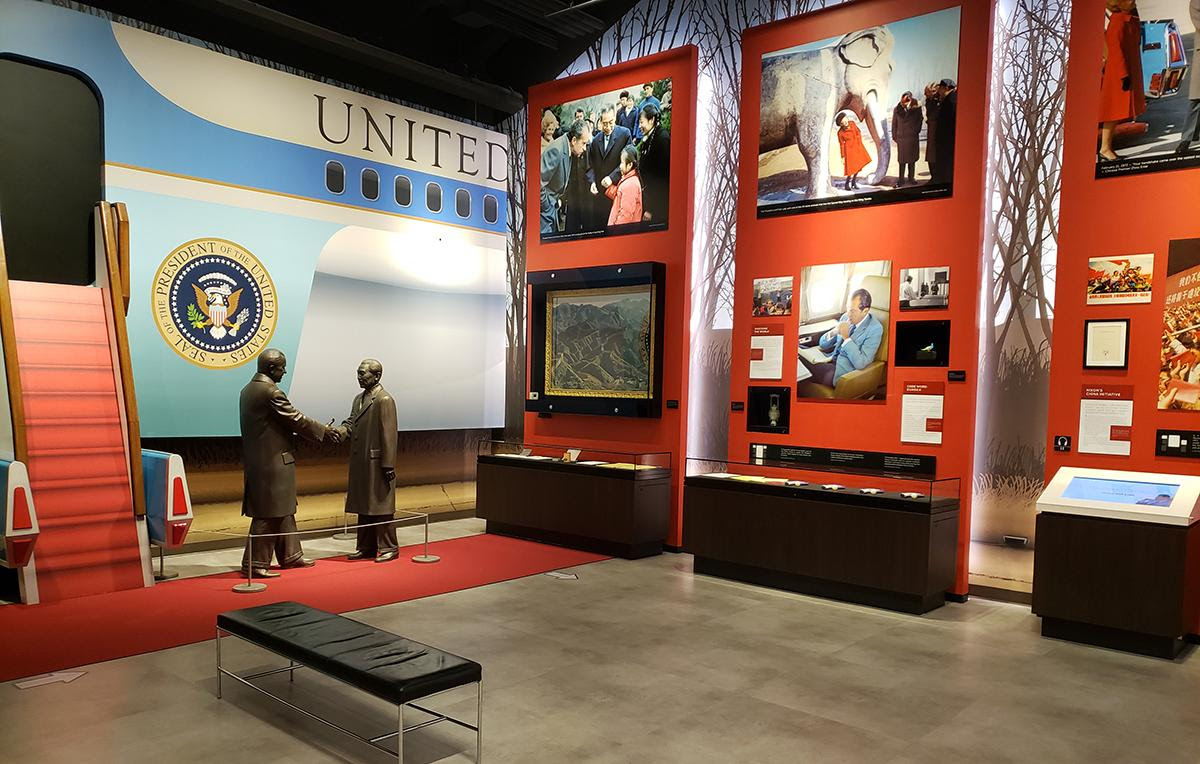 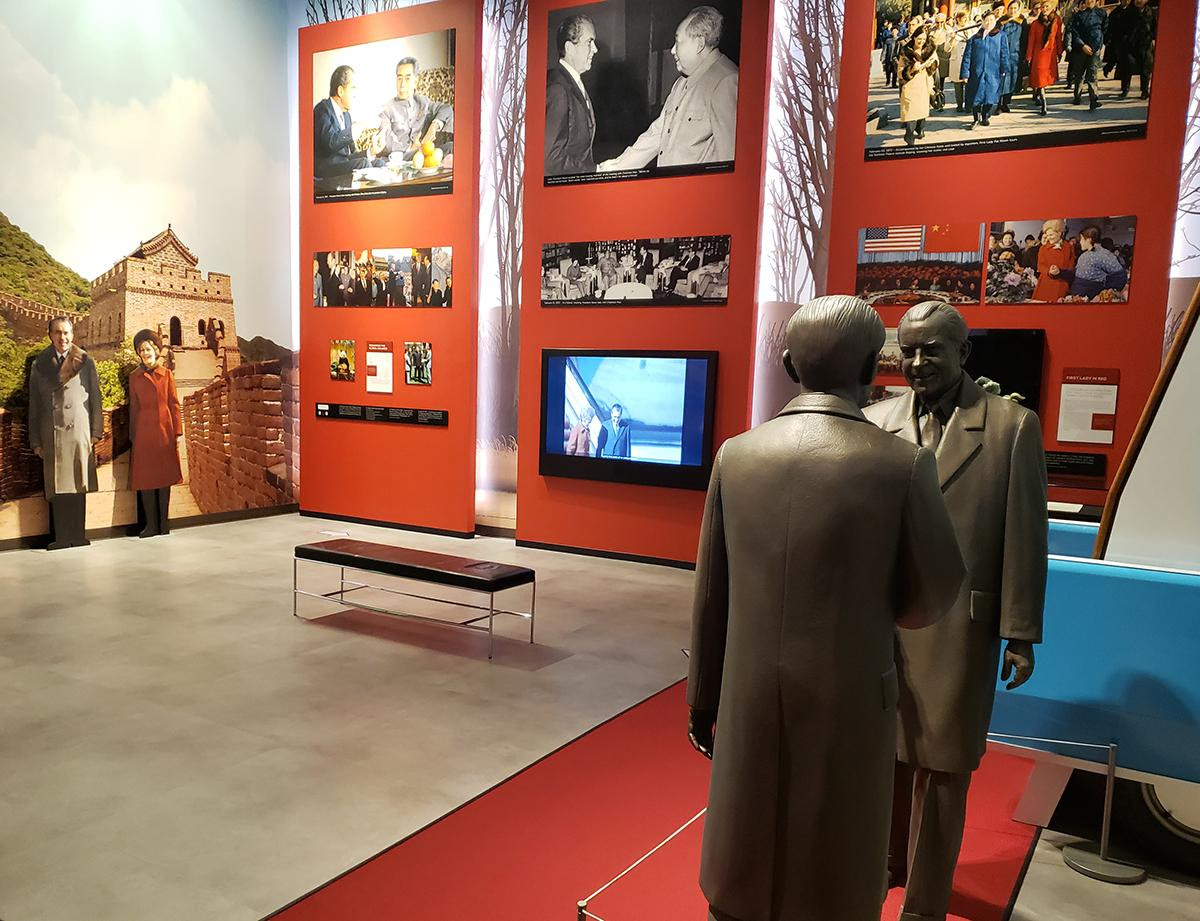 The permanent exhibit of "The Week that Changed the World" in the Main Gallery of the Richard Nixon Presidential Library and Museu﻿m.