“The White House police force, which donned their new uniforms today, lined up for inspection by their chief, Maj. O.M. Ballinger, on the south lawn of the White House.” Washington D.C, 1923. Photograph. Library of Congress, https://www.loc.gov/item/2002712368/. Accessed 1 October 2021.

The White House Guard began in the early 1800’s and consisted of volunteer militia men stationed on the grounds during conflict. Throughout the years, it has expanded and evolved from plainclothes guards, who served as guides for visitors during the day and protectors of the White House at night, to the independent bodies of the Secret Service and the Secret Service Uniformed Division serving today. The Secret Service Uniformed Division, whose job requires them to be recognized as police officers, are charged with protecting the buildings of the White House, the vice president’s residence, and embassies, as well as the people inside them. Uniforms were similar to those in local law enforcement up until 1969, when newly-elected President Nixon was so inspired by a trip through Europe that he decided to revamp the Uniformed Division’s dress for formal state occasions. 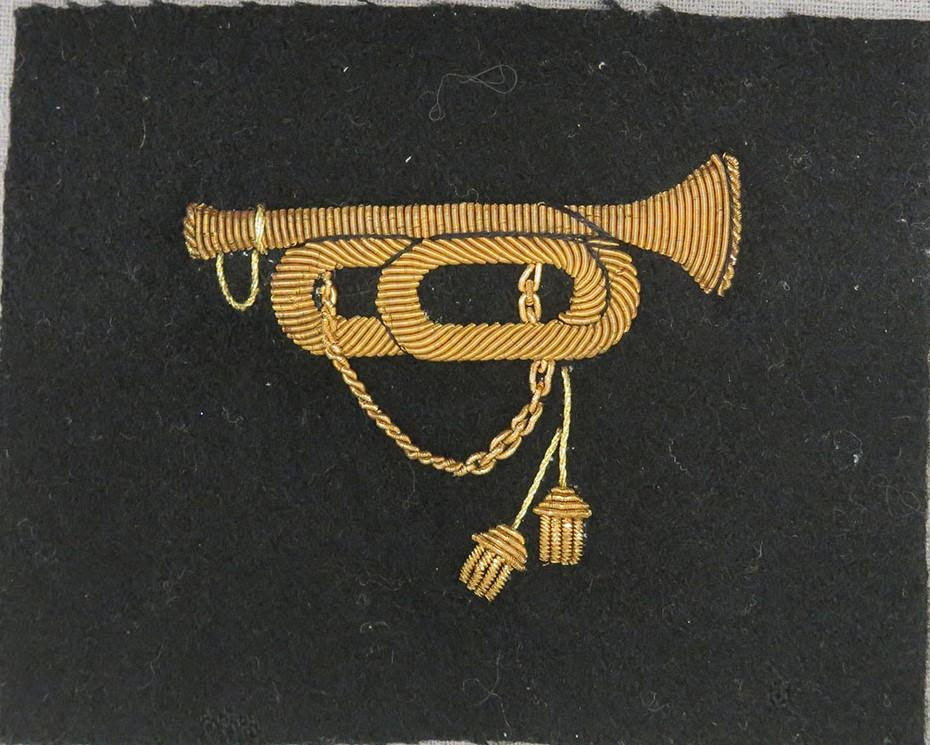 A bugle patch designed for the new uniforms unveiled in 1970. Gift of Lee Humiston to President Richard Nixon, 2013.1.1

Influenced by the pageantry he experienced during his 1969 European visit, President Nixon hoped to bring a certain amount of formality to his own state occasions by soliciting a redesign of the White House Secret Service Uniformed Division’s attire. Designed by Washington, DC tailor Jimmie Muscatello with input from the Secret Service, the division was outfitted in “double-breasted white tunics trimmed with gold braid and gold buttons and stiff plastic shakos decorated with the White House crest.” The uniforms, a $16,000 investment, debuted on January 28, 1970 when Prime Minister of the United Kingdom Harold Wilson visited the White House to attend a National Security Council Meeting. 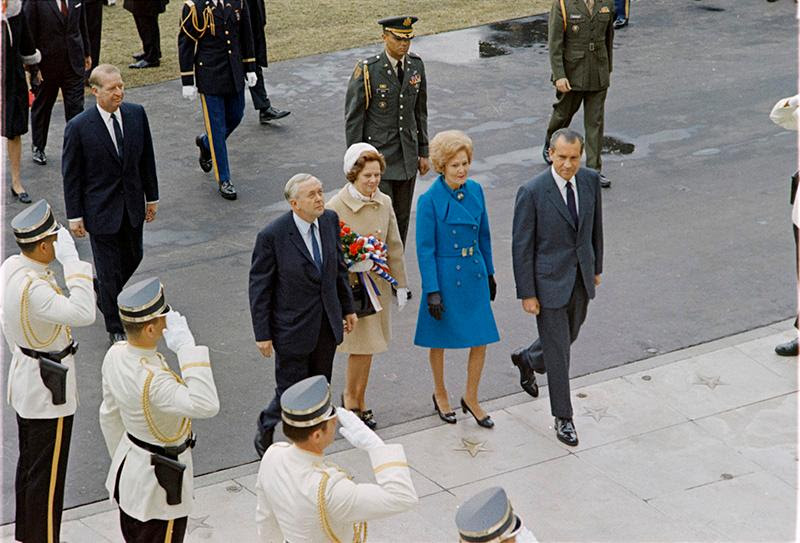 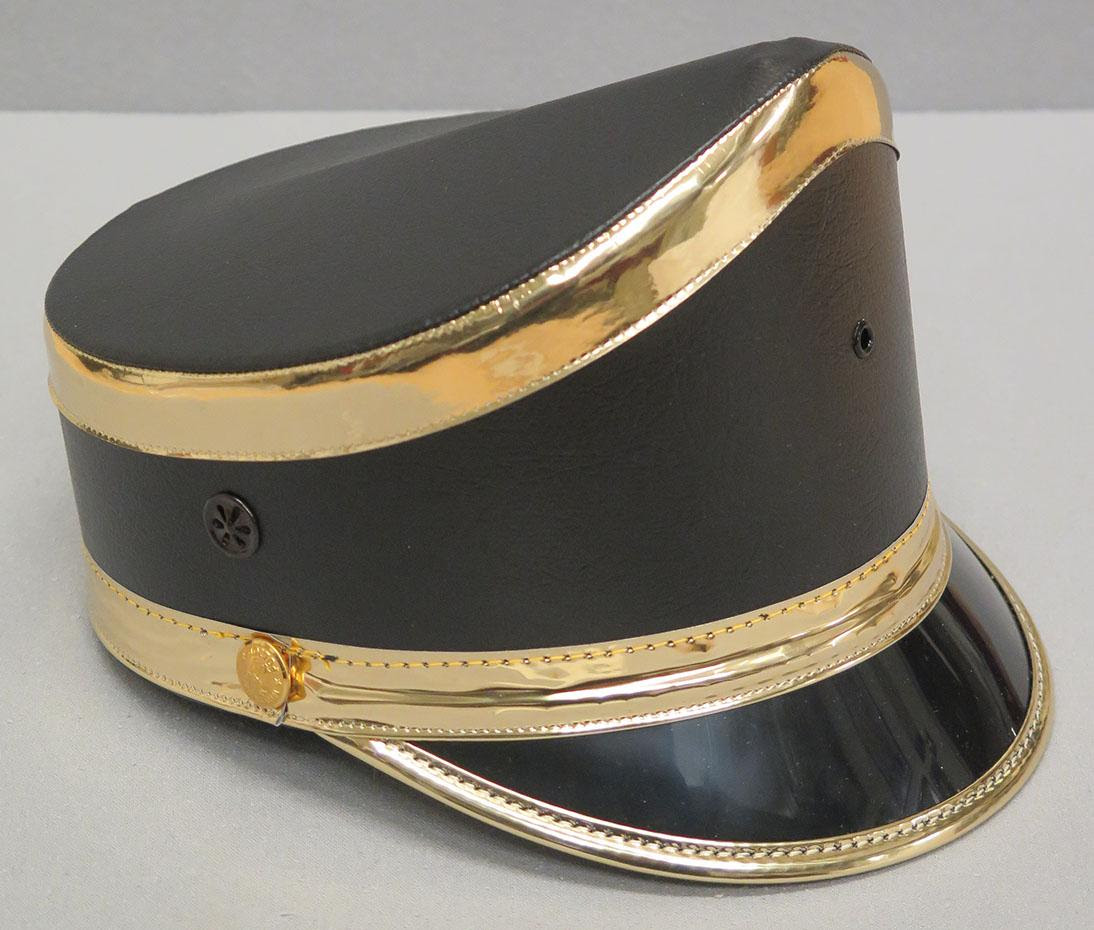 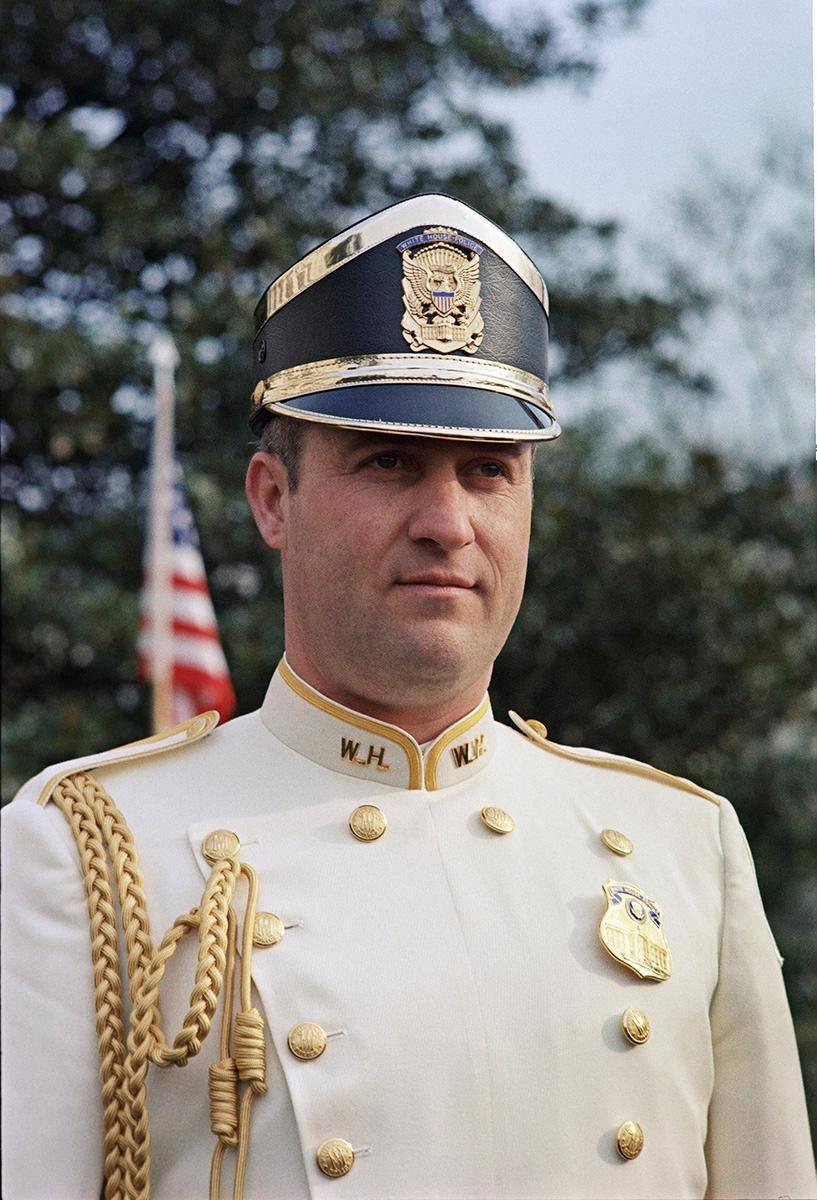 Much to the chagrin of the officers and media alike, the uniforms transformed from traditional police blues to what was likened to an usher at an “old‐time movie palace.” The ensemble received a mostly negative public reaction and was largely ridiculed in the press. Nixon friend and Chicago Tribune columnist Walter Trohan called the uniforms “more comical than splendid.” 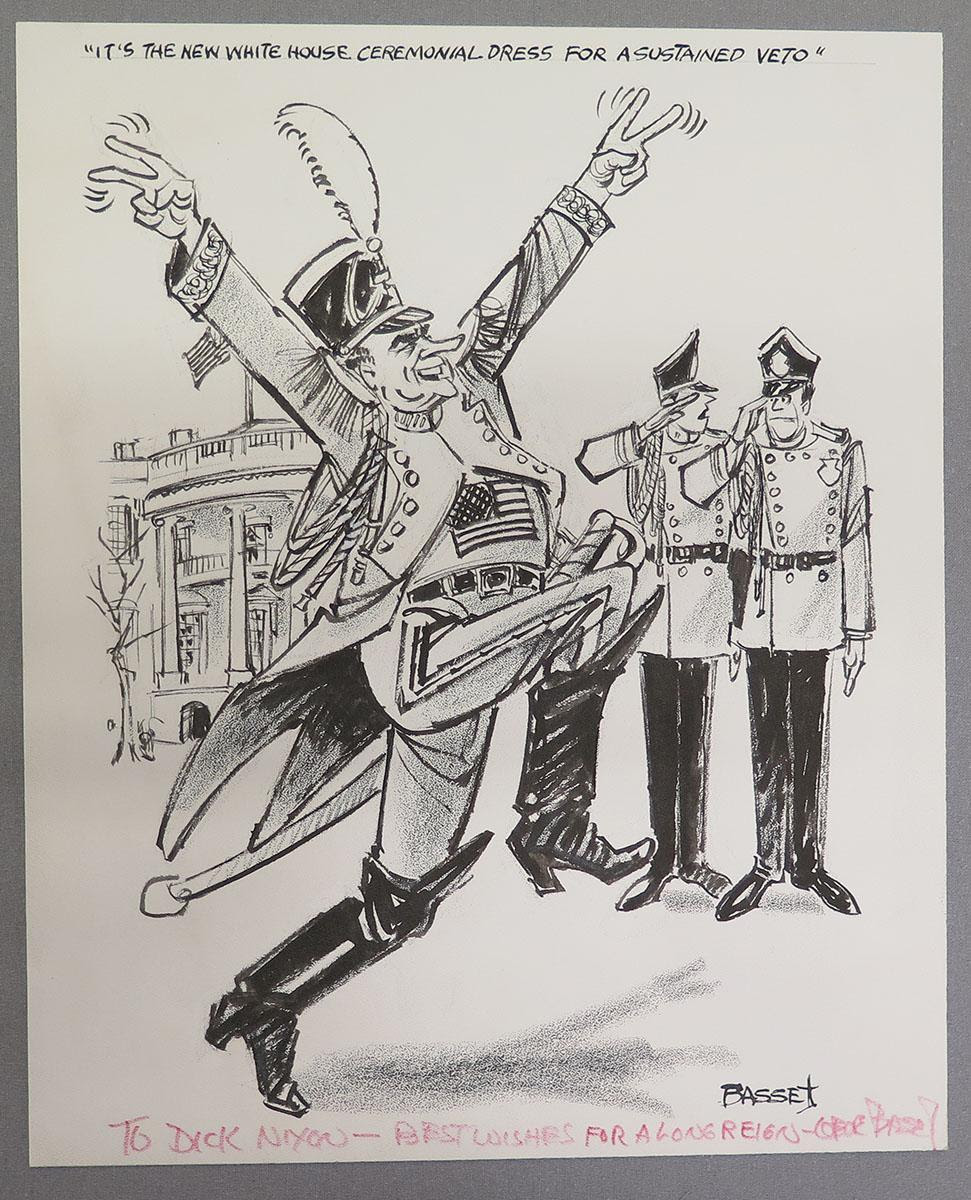 The uniforms were retired in stages by the mid-1970’s only to gain notoriety once again when they were repurposed. Some of the jackets and the black caps had a second life as band uniforms for the Meriden-Cleghorn High School Band after being purchased for $10 each from the United States General Service Administration in 1980. Tom Roller of the Iowa Federal Surplus Division beat out rocker Alice Cooper in acquiring the uniforms. Cooper, who was unable to purchase due to federal regulations, wanted the uniforms to outfit his roadcrew. He lost gracefully and hosted two Meriden-Cleghorn graduates (dressed in full regalia) at his concert in Los Angeles, California on June 17, 1980.