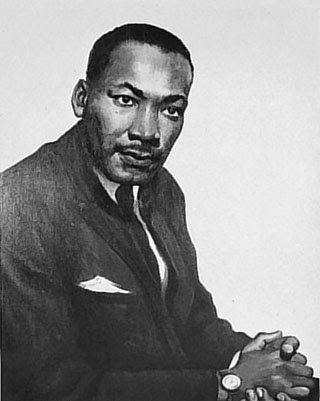 Monday, January 18, 2021, marks the 34th celebration of Martin Luther King, Jr. Day. Public Law 98-144 was signed on January 9, 1987, by President Ronald Reagan to celebrate King's birthday on the third Monday of January each year. In his proclamation, Reagan stated: "In celebrating the birthday of the Reverend Dr. Martin Luther King, Jr., we honor an American who recognized the great injustice of segregation and discrimination, and made it his life's purpose and toil to right those wrongs in favor of justice, freedom, equality, fairness, and reconciliation." 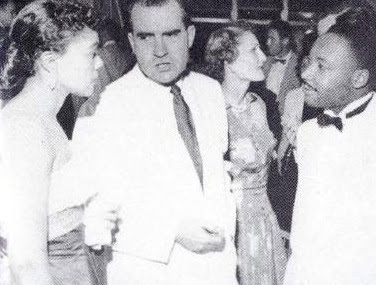 The Pastor and the Vice President

Vice President and Mrs. Nixon had the honor of meeting Dr. and Mrs. King in 1957 while attending events celebrating the African nation of Ghana's independence. During the course of several conversations, the Vice President invited the Pastor to Washington for a more in depth conversation into the crucial state of race relations in the South.

After their meeting, Dr. King spoke exclusively to reporter Dale Wright of Jet magazine sharing that Vice President Nixon agreed that the problem of race relations was most critical in the nation and stated it was imperative that the problem be solved as soon as humanly possible.

For more information an online exhibit is available with pictures, documentation and in-depth interviews pertaining to the Nixon-King correspondence.

The National Archives is home to many interesting and educational artifacts relating to African American heritage, Martin Luther King, Jr., the Civil Rights Movement, and the March on Washington.