The 50th Anniversary of the Nixon White House Taping System

Tuesday, February 16, 2021, marks the 50th anniversary of President Nixon's first recorded conversation with his secret White House taping system. The conversation took place in the Oval Office on February 16, 1971, between President Nixon and Alexander Butterfield. As Deputy Assistant to the President, Alexander Butterfield oversaw the Secret Service's installation of the taping system. View the transcript to learn more about the taping system, its purpose, and the nine people who knew the system existed. 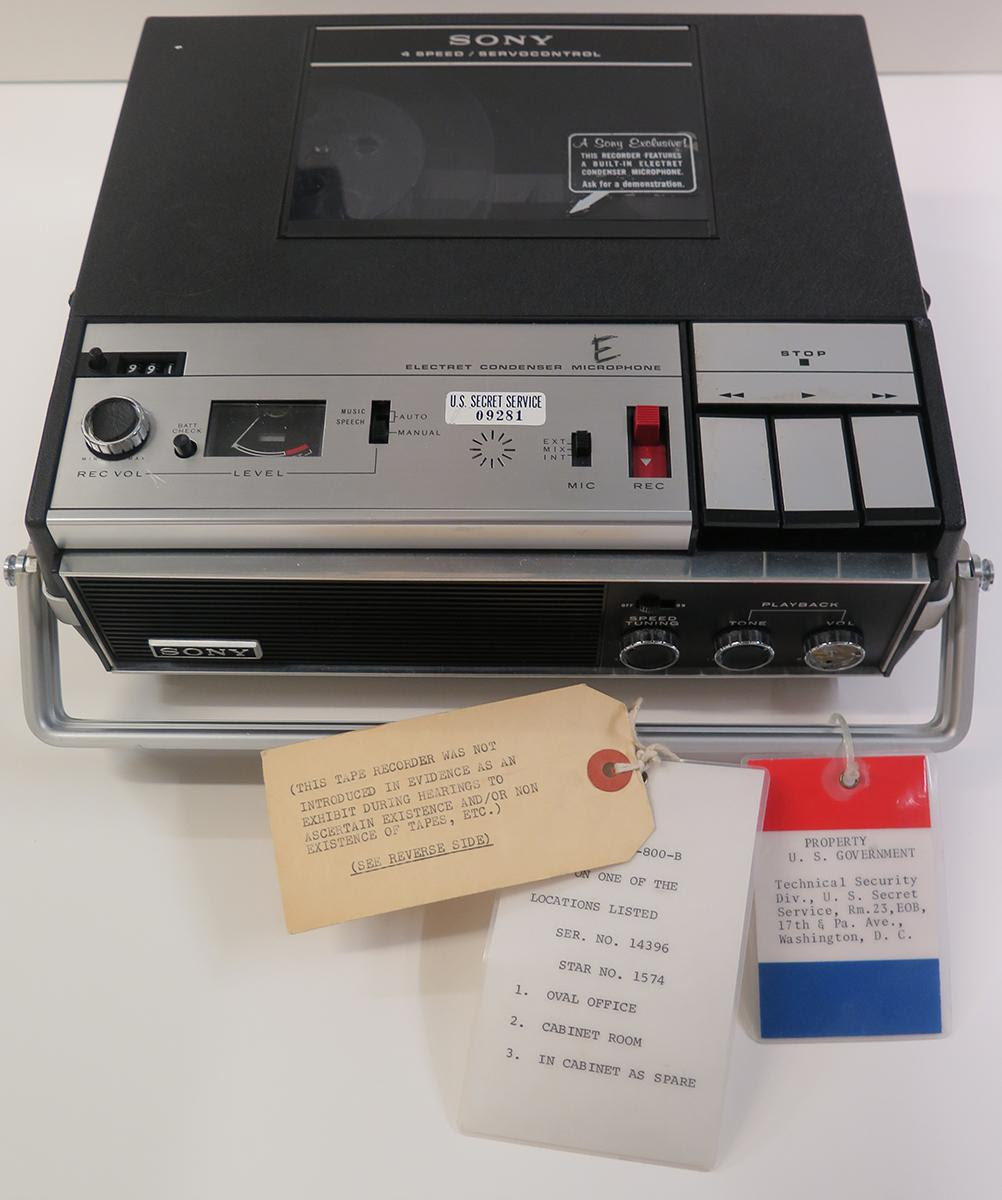 With the development of Dictabelt technology, President Eisenhower was able to have meetings and phone calls recorded. The Kennedy Administration continued the tradition of recording phone calls and also upgraded the taping systems with manual controls in the Oval Office, Cabinet Room, and Bedroom. Switches were hidden in the furniture for Kennedy to select which conversations to record. President Johnson also used the manually controlled taping system for meetings and calls and installed an additional tape recorder under his bed to capture informal meetings.

When Nixon took office, he had all of the Johnson Administration recording equipment removed from the White House and relied solely on note-takers for meeting dictation. Eventually, President Nixon realized note-takers could hinder some conversations and re-installed a taping system in February 1971. Nixon's sound-activated recording system included a Sony 800 and an Uher 5000, logging 3,400 hours of discussion during the two years it was active. It wasn't until after the Nixon Administration that the public learned about the combined 5,000 hours of secretly recorded conversations from all six administrations. 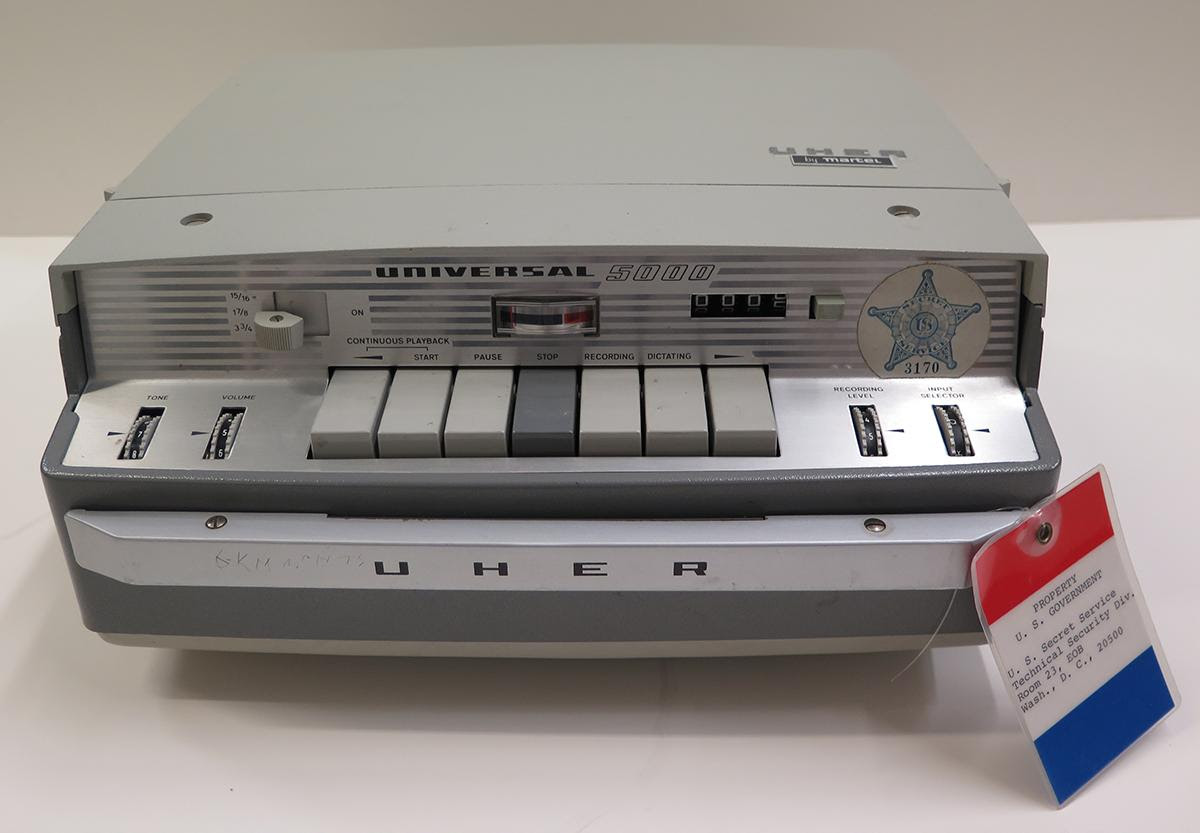 The Uher 5000 was one of the tape-recording machines used in the White House. (Richard Nixon Presidential Library and Museum, National Archives and Records Administration, 2010.1.30)

The Recordings and Watergate 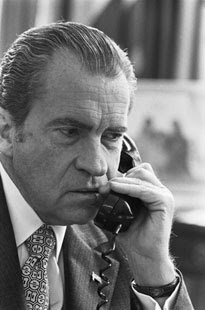 On July 16, 1973, nearly two and a half years after the first recording, Alexander Butterfield testified to the existence of a secret taping system used to document President Nixon's private meetings and conversations. This testimony triggered the creation of The Privacy Act of 1974, requiring that agencies notify the public of their systems of records.

After Nixon left office, the practice of systematically and secretly recording conversations in the White House was discontinued. To address issues that arose during and in the aftermath of Watergate, Congress passed the Presidential Records Act of 1978. Beginning with the Reagan Administration, all official Presidential and Vice Presidential records are considered public records and are managed by the National Archives and Records Administration.

To learn more about the recordings of the Roosevelt, Truman, Eisenhower, Kennedy, Johnson, and Nixon Administrations, please explore the links below:

Guide to Holdings at the Richard Nixon Presidential Library