50th Anniversary of the Apollo 15 Mission

50th Anniversary of the Apollo 15 Mission 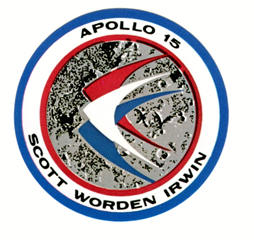 Each space shuttle crew designs a patch that represents what it will do during the mission. The Apollo 15 patch features three stylized birds that would represent the all Air Force crew. A crater formation directly behind the birds spells "15" in Roman numerals (XV). The lunar surface shows the landing site next to Hadley Rille at the foot of the Apennine Mountains. “Mission Summary: Apollo 15,” NASA, last modified March 10, 2020, https://www.nasa.gov/mission_pages/apollo/missions/apollo15.html 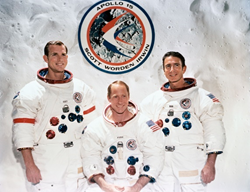 July 26, 2021 - August 7, 2021, celebrated the 50th Anniversary of Apollo 15, the eighth human space flight and fourth American manned space mission to land on the Moon. This mission accomplished a series of firsts that were both ambitious and exciting. The many scientific break-throughs and contributions of the Apollo 15 mission continue to be used today and influence NASA’s newest mission: The Artemis program.

A Series of Firsts 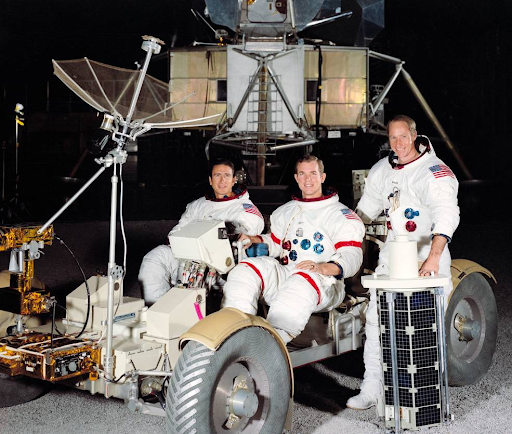 Apollo 15, the first “J” mission, was capable of staying on the surface of the Moon for more extended periods. It was the first to use the lunar rover, extending the distance traveled across the surface in the Hadley-Apennine region of the Moon, and carried out more lunar orbital science activities than any previous mission. Where past missions focused on a safe lunar landing and return of astronauts from space, practice and advancements in technology allowed the Apollo 15 mission to focus on science. “Its primary scientific objectives were to observe the lunar surface, survey and sample material and surface features in a preselected area of the Hadley-Apennine region, setup and activate surface experiments, and conduct inflight experiments and photographic tasks from lunar orbit.” Astronauts Scott, Worden, and Irwin accomplished this by adding a scientific instrument module (SIM) and special geologic training received at “Coconino Point on Navajo tribal land near Flagstaff, Arizona – an area that included geologic features comparable to those at the Hadley-Apennine landing site on the Moon.” Of the many experiments conducted during the Apollo 15 mission, the most well-known is the test of Galileo’s hypothesis that all bodies fall towards the Earth with the same acceleration, tested with a geological hammer and a falcon feather, proving it correct. Astronauts Irwin and Scott also collected the Genesis rock, a sample of the Moon's crust, aged about four billion years old and 150 million years older than anything collected during previous missions. 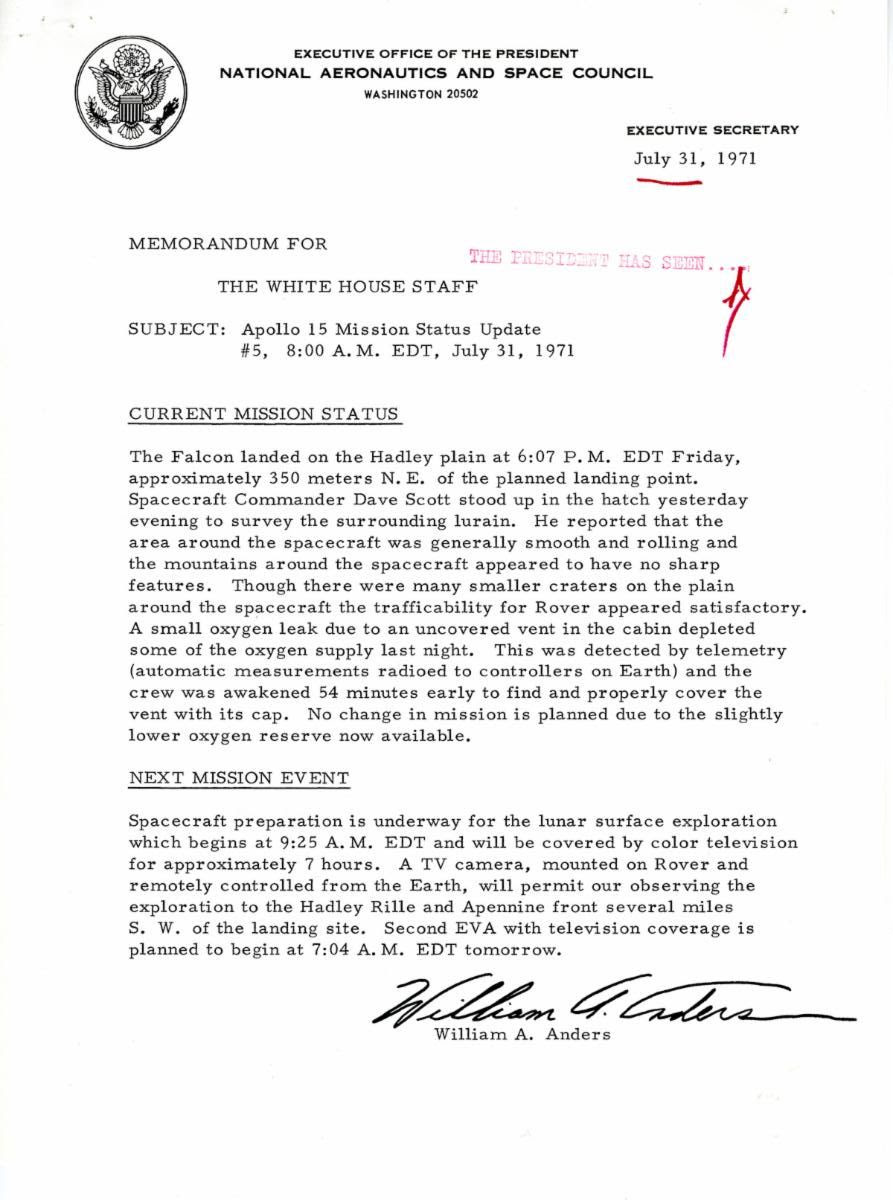 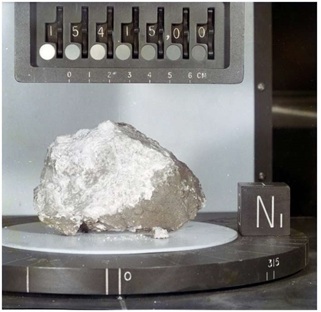 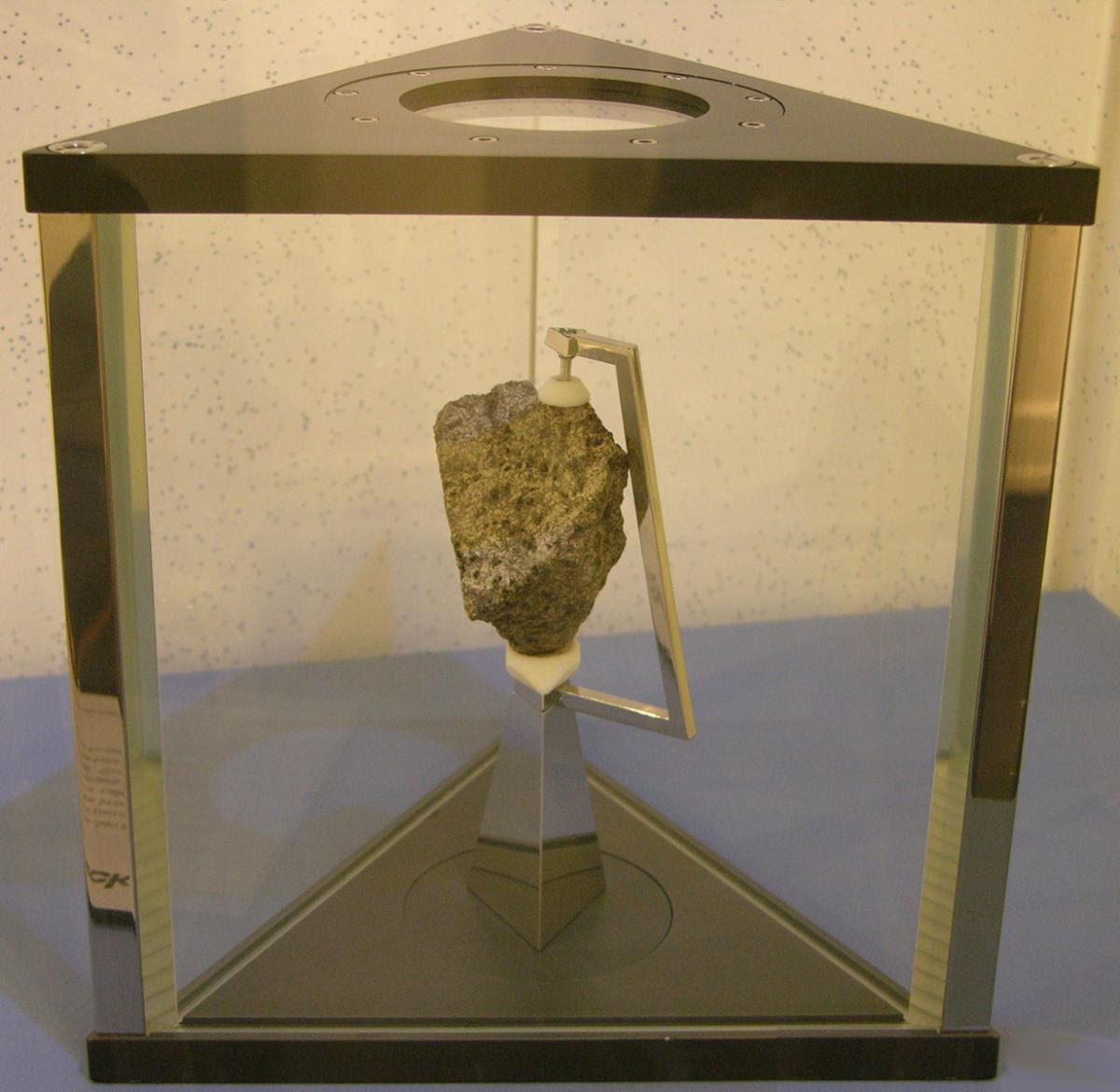 President Nixon received a moon rock from NASA on September 15, 1972. This is a portion of the largest rock called “Great Scott” brought back from the moon by the Apollo 15 astronauts. Astronaut Dave Scott collected it, thus named after him. Apollo 15 Lunar Sample No. 15555, weighs 165.57 grams, is about 3.3 billion years old and is encapsulated in a triangular- shaped display. On Loan Courtesy National Aeronautics & Space Administration, L.1990.3.1. 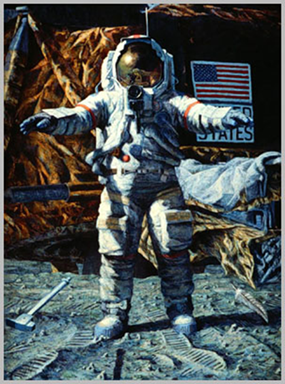 Shortly after Apollo 15 touched down in the Pacific Ocean, on August 7, 1971, President Nixon released this statement:

“APOLLO 15 has returned safely to earth.

It brings with it new proof of man's invincible will to master the moment of his own destiny. It brings new tribute to man's unquenchable thirst for understanding. It brings the seeds of scientific understanding, which may open a new chapter in the history of our planet.

We salute Astronauts Scott, Irwin, and Worden, who have stood poised on behalf of mankind on the brink of man's new world. To each we say well done, and welcome home.”

The Apollo 15 astronauts and their families were the guests of President and Mrs. Nixon on September 16, 1971. Following a dinner, held in their honor, the families spent time in the Yellow Oval Room. President Nixon was given a framed flag worn by James Irwin during extravehicular activity on the Moon. 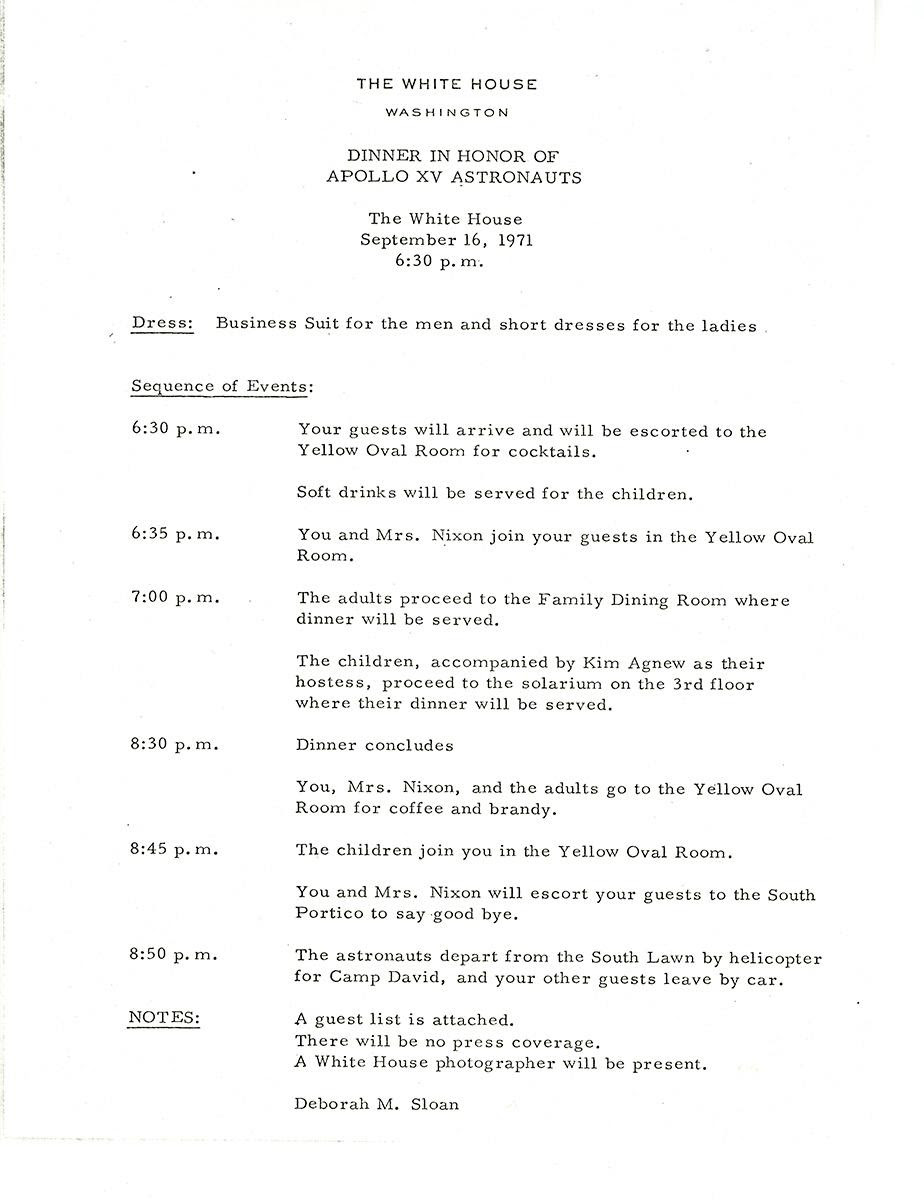 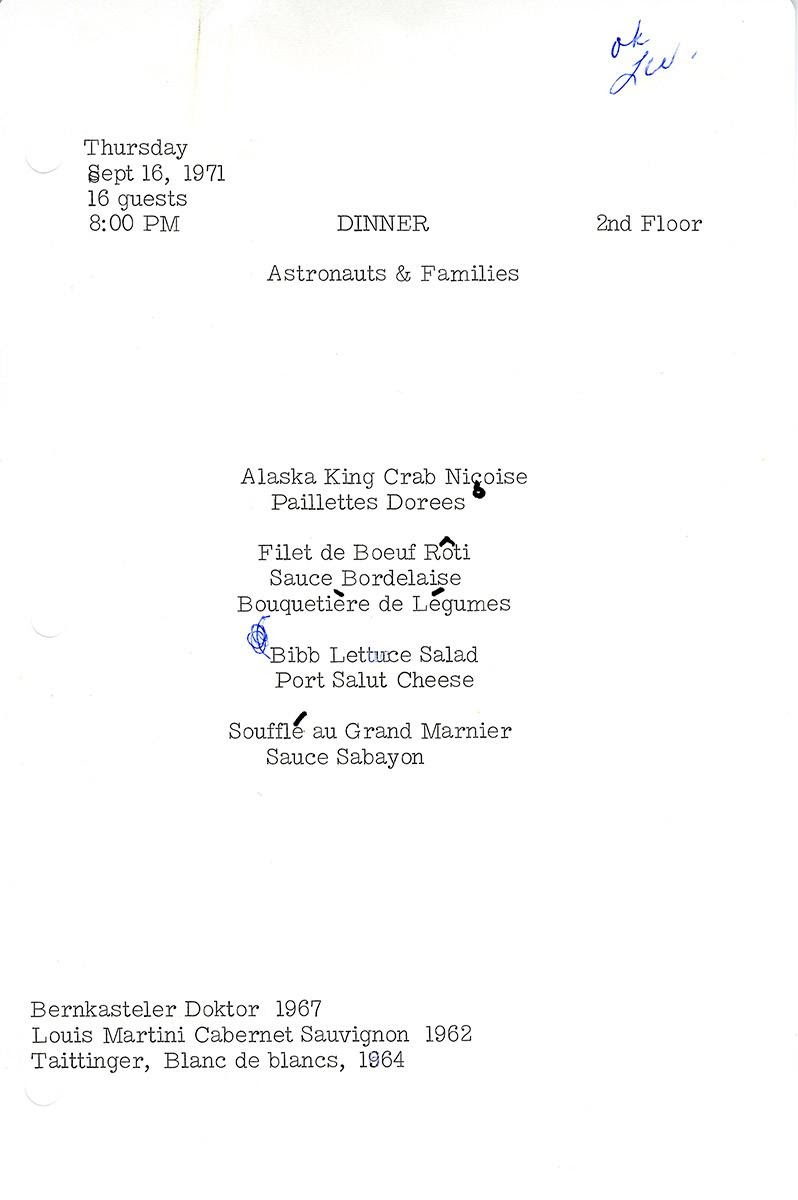 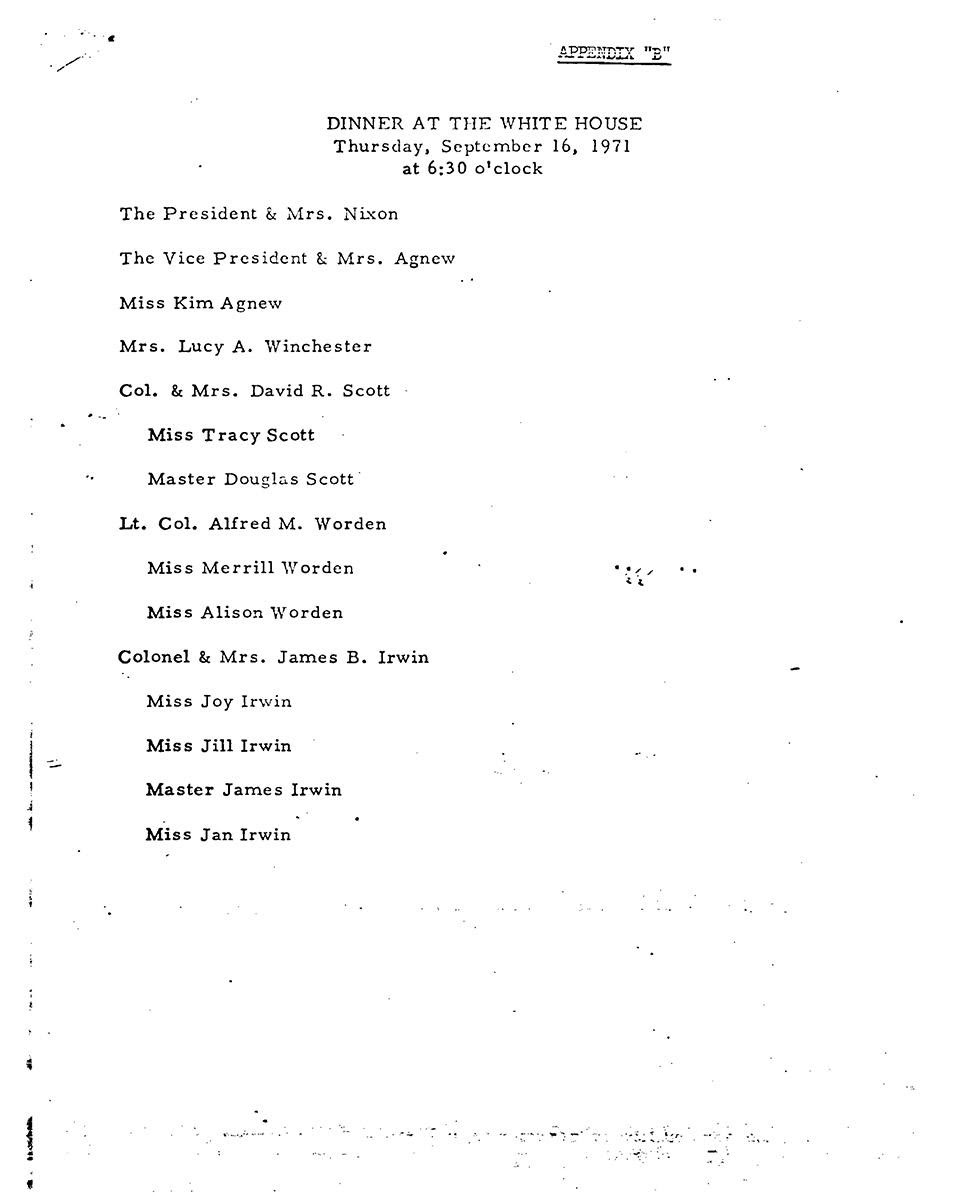 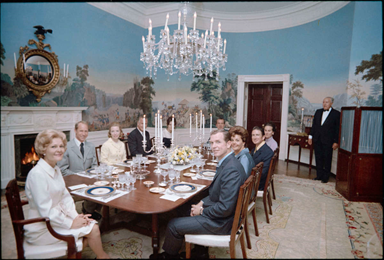 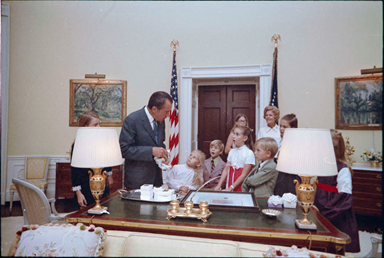 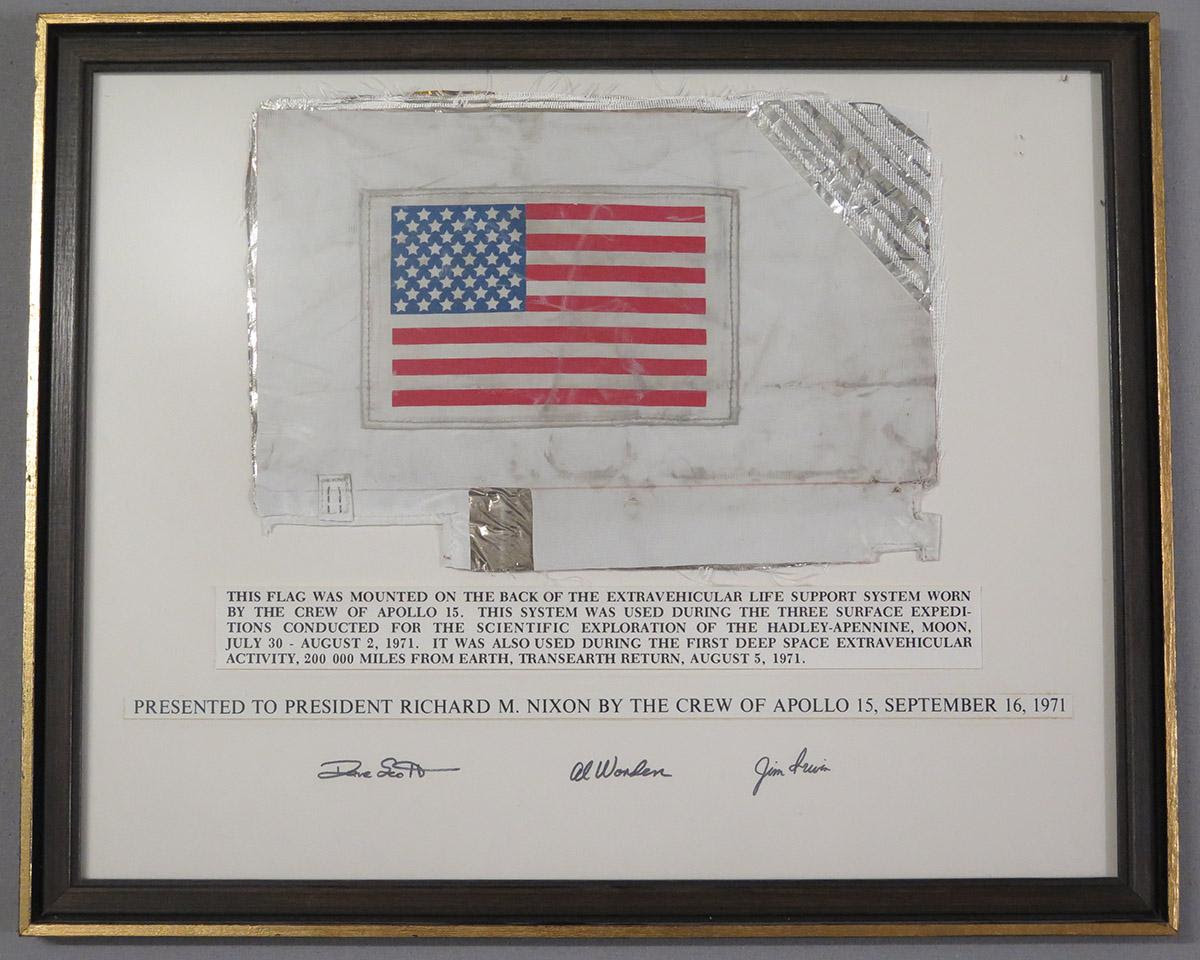 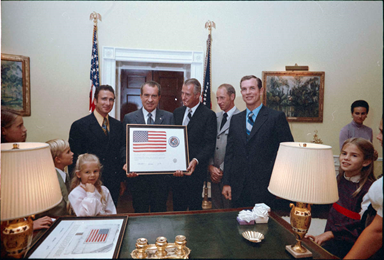 Photograph of the American flag being personally presented to President Nixon by the Apollo 15 crew on September 16, 1971. (WHPO-7282-19A) 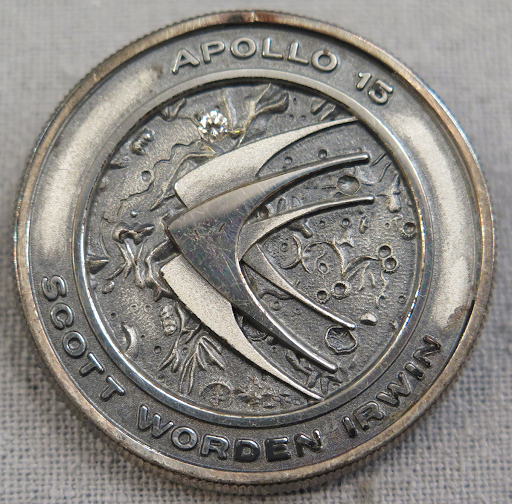 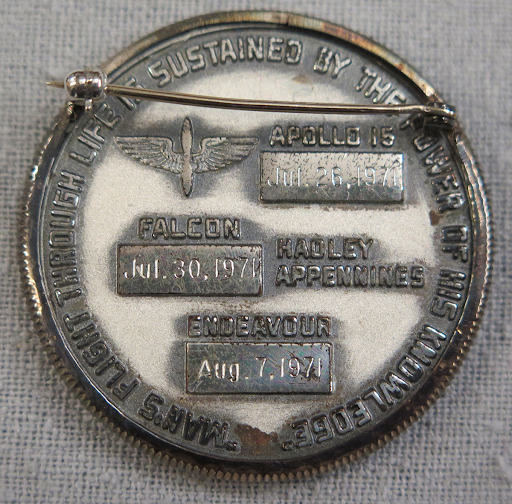 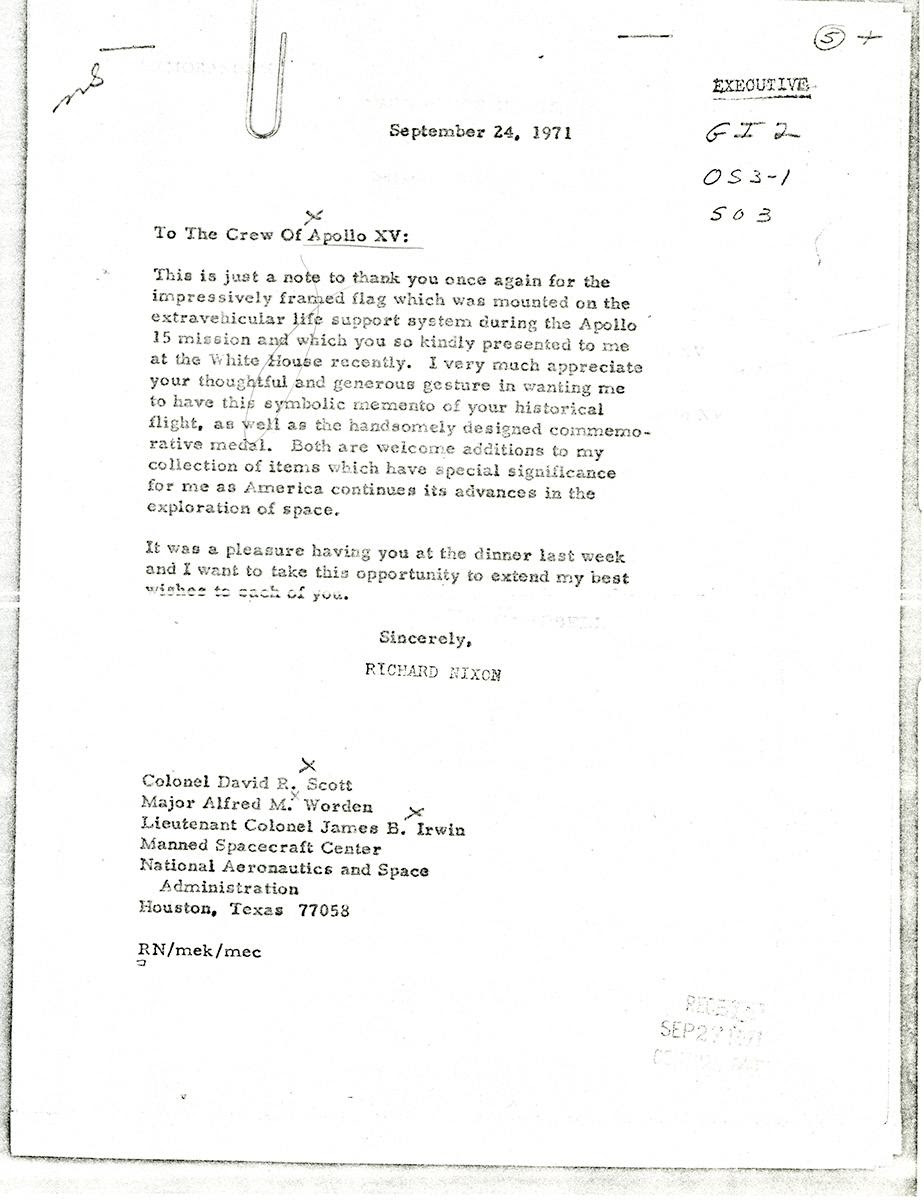 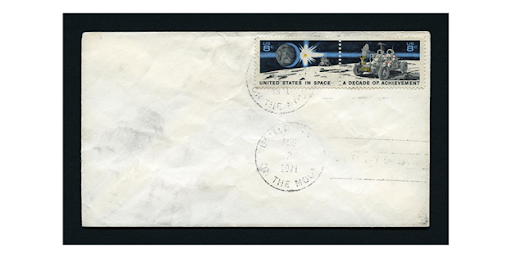 The United States Postal Service (USPS) collaborated with NASA to raise public awareness and enthusiasm for the space program. Beginning in 1960, the USPS started issuing commemorative stamps to celebrate American achievement in space. Mission-themed postal covers and stamps were the most prized of stamp collectors worldwide, and NASA delegated a certain number into space with every mission. It was custom for Astronauts to take personal artifacts “onboard their spacecraft for themselves, their families or to distribute to others after their safe return."  A controversy involving 400 postal covers shuttled to the Moon's surface by the crew for profit overshadowed their accomplishments. The covers, sold soon after the lunar landing, quickly became public knowledge and NASA reprimanded the three astronauts. Similar incidents were recorded during previous space flights including silver medallions from the Franklin Mint and a corned beef sandwich. In October 2011, James Worden addressed the scandal, stating, “I think NASA management felt they had to do something. There had been a similar incident the previous year, when the Apollo 14 crew allegedly made a deal with the Franklin Mint to bring silver medallions into space. But NASA kind of smoothed that over because the [astronaut] involved was Alan Shepard, (the first American in space] who was a little more famous than we were. The government never said that we did anything illegal, they just thought it wasn’t in good taste.” 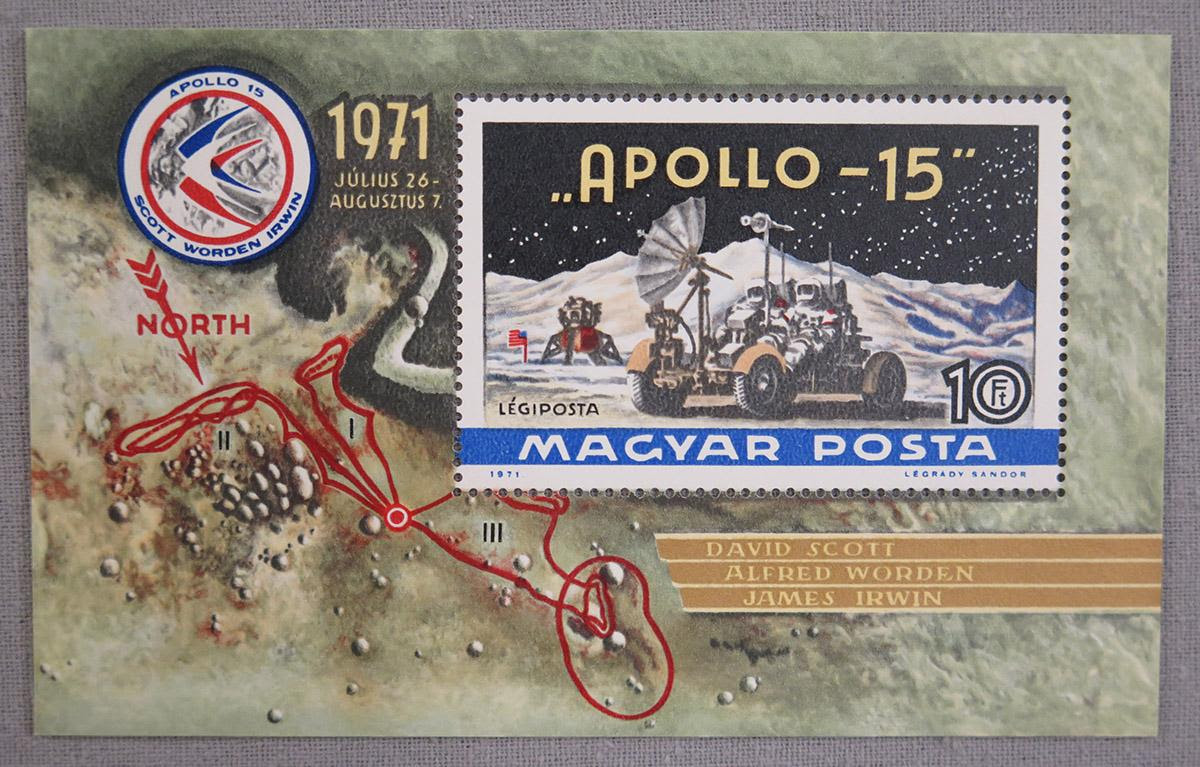 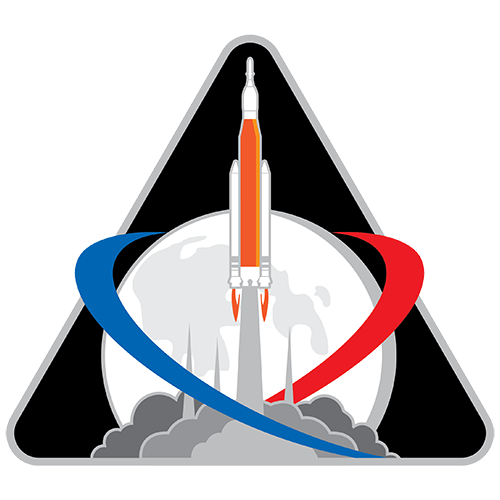 On July 26, 2021, the 50th Anniversary of the Apollo 15 launch, NASA released a video celebrating the mission's triumphs. Apollo 15 was an ambitious mission that completed all of its objectives, setting the groundwork for the two final Apollo missions before lunar landings ceased in 1972. The Apollo 15 mission “demonstrated the importance of geological field training,” empowering the crew to recognize the importance of the Genesis rock while on the Moon and enhanced performance on the lunar surface. Its legacy continues to resonate into the future with training of the current Artemis class.