The 1968 Presidential campaign occurred during one of the most tumultuous times in American history. In an environment teeming with anger, violence, and hostility, Richard Nixon, Hubert Humphrey and George Wallace each sought the attention of American voters and the right to lead the United States into an unknown future.

The Vietnam War and the resulting protests, along with the political assassinations of Martin Luther King, Jr. and Robert F. Kennedy, contributed to these historic and difficult times. The animosity towards American participation in Vietnam pushed the incumbent President, Lyndon B. Johnson, to announce his withdrawal from the Democratic primaries and the race for the presidency. As a result, the Democratic Party nomination opened up and two peace candidates, Senator Robert Kennedy of New York and Senator Eugene McCarthy of Minnesota, competed in the remainder of the primaries following New Hampshire. After the assassination of Robert Kennedy following his primary victory in California, Hubert Humphrey became the favorite of establishment Democrats and earned the nomination in Chicago in the midst of riots protesting the war in Vietnam.

On the Republican side, Richard Nixon focused on issues such as law and order and won every primary he entered. He easily won the Republican nomination during a quiet convention in Miami, Florida.  George Wallace, the former Governor of Alabama and a staunch segregationist, ran for President as an Independent. His support came mainly from the South and workers in industrial areas of the North and Midwest.

In the midst of all these trials and tribulations, Nixon - in a reversal of the 1960 election results - won a close election over Humphrey in the Electoral College – 301 to 191. Wallace finished third with 46 Electoral College votes. 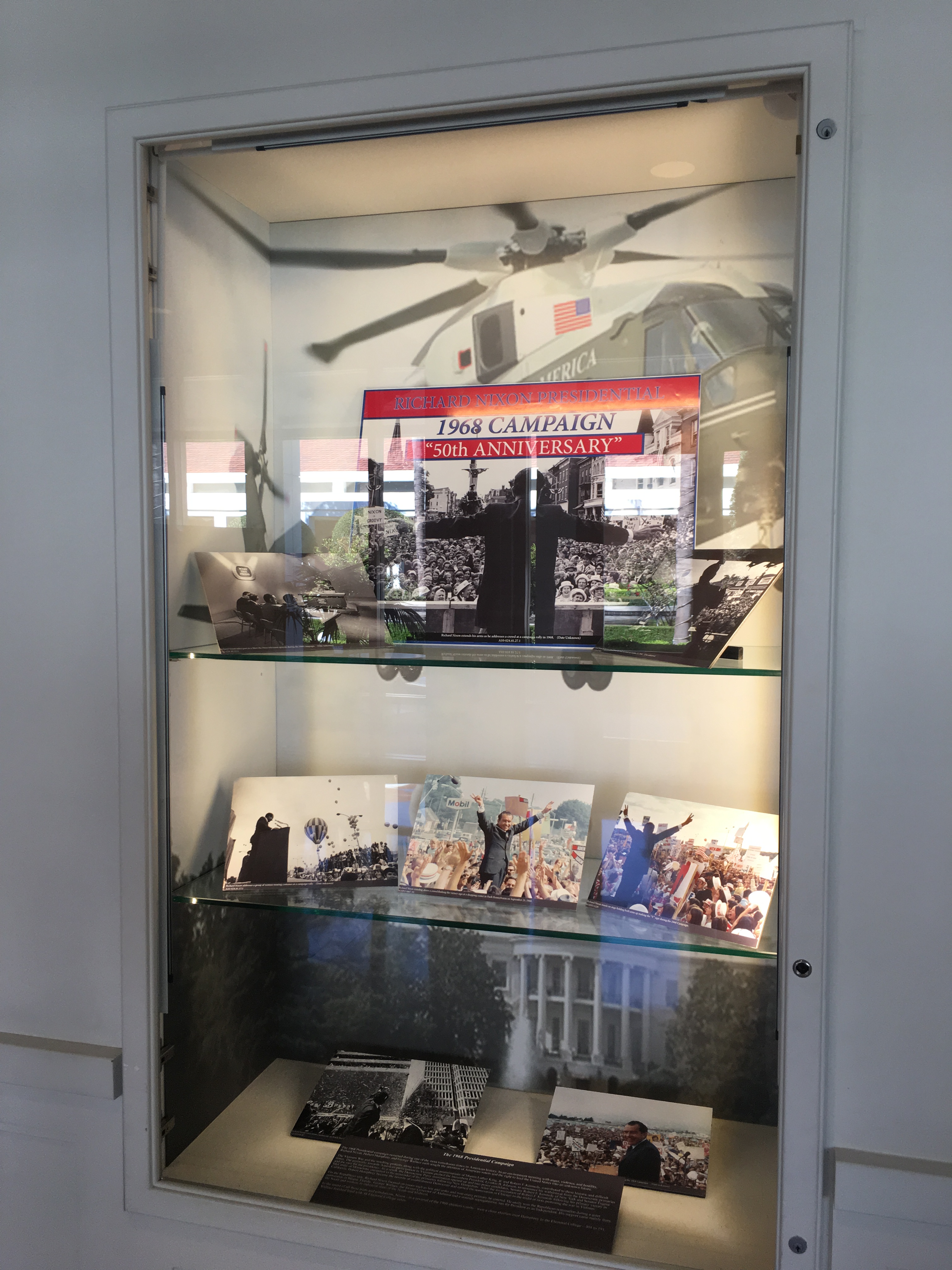