This Thursday, November 11, 2021, we celebrate Veterans Day. It is a day we recognize all who have served - past and present -in the United States military. Originally known as Armistice Day, it was a time to commemorate the armistice signed between the Western Allies and Imperial Germany, effectively ending the fighting during the First World War on November 11, 1918. Armistice Day became a U.S. legal holiday in 1938. In 1954, the 83rd Congress amended the Act of 1938 by changing "Armistice" to "Veterans." 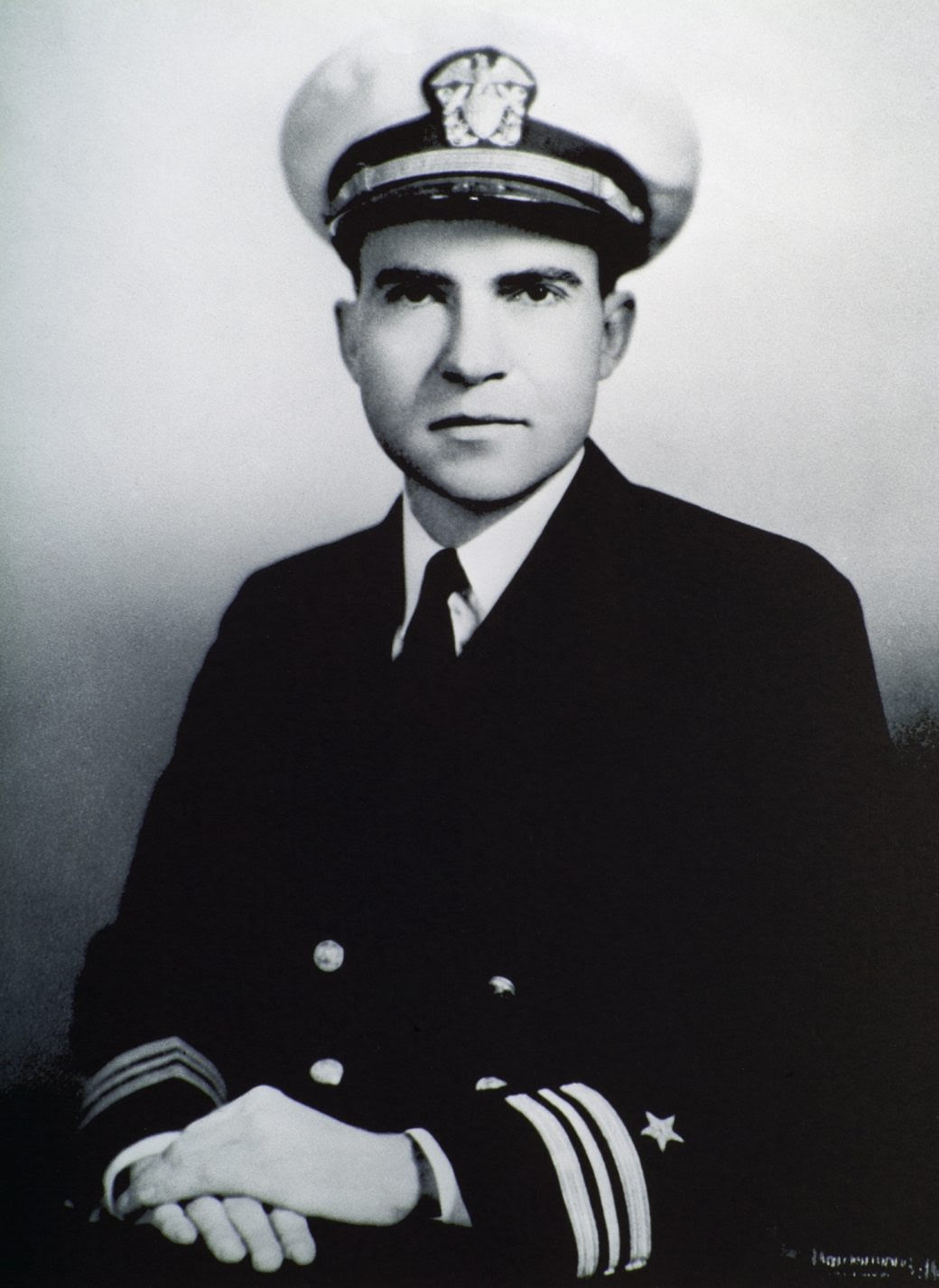 As both a Quaker and federal employee, President Nixon had a valid exemption from the draft during WWII but felt compelled to enlist and serve his country. During the war, Lieutenant, Jr. Grade Nixon completed a tour of duty in the South Pacific (Guadalcanal and Green Islands in the Solomon Islands) where his unit prepared manifests and flight plans for C-47 operations and supervised the loading and unloading of the cargo aircraft. For this service, he received a Letter of Commendation from the Commander South Pacific Area and South Pacific Force for "meritorious and efficient performance of duty as Officer in Charge of the South Pacific Combat Air Transport Command... "

He spent 24 years in the Naval Reserve, retiring with the rank of Commander in 1966. This spirit of service followed him into the White House, where he believed that a volunteer armed force would be the fairest, most efficient, effective, and economical means of meeting military personnel strength requirements. In 1973, active conscription into the military ended, and an all-volunteer force began. 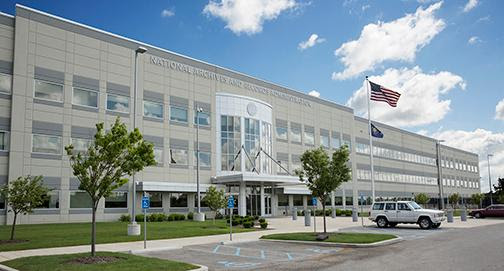 The National Archives is home to the National Personnel Records Center (NRPC) and houses Military Personnel Records (MPR) in St. Louis, Missouri. The NRPC-MPR “is the repository of millions of military personnel, health, and medical records of discharged and deceased veterans of all services during the 20th century. (Records prior to WWI are in Washington, DC). NPRC (MPR) also stores medical treatment records of retirees from all services, as well as records for dependent and other persons treated at naval medical facilities.” From this site, veterans and their families can request service records, medical treatment records, and replacement service medals/awards.

Veterans at the Nixon Library 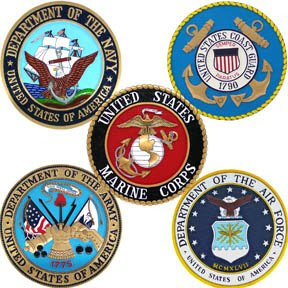 The National Archives and Records Administration (NARA) employs many veterans among its ranks, including several military veterans serving at the Nixon Library, proudly continuing the tradition of dedicated public service. We are honored to work with local Veterans groups and JROTC programs in the community, many of whom have free events to celebrate Veterans Day. 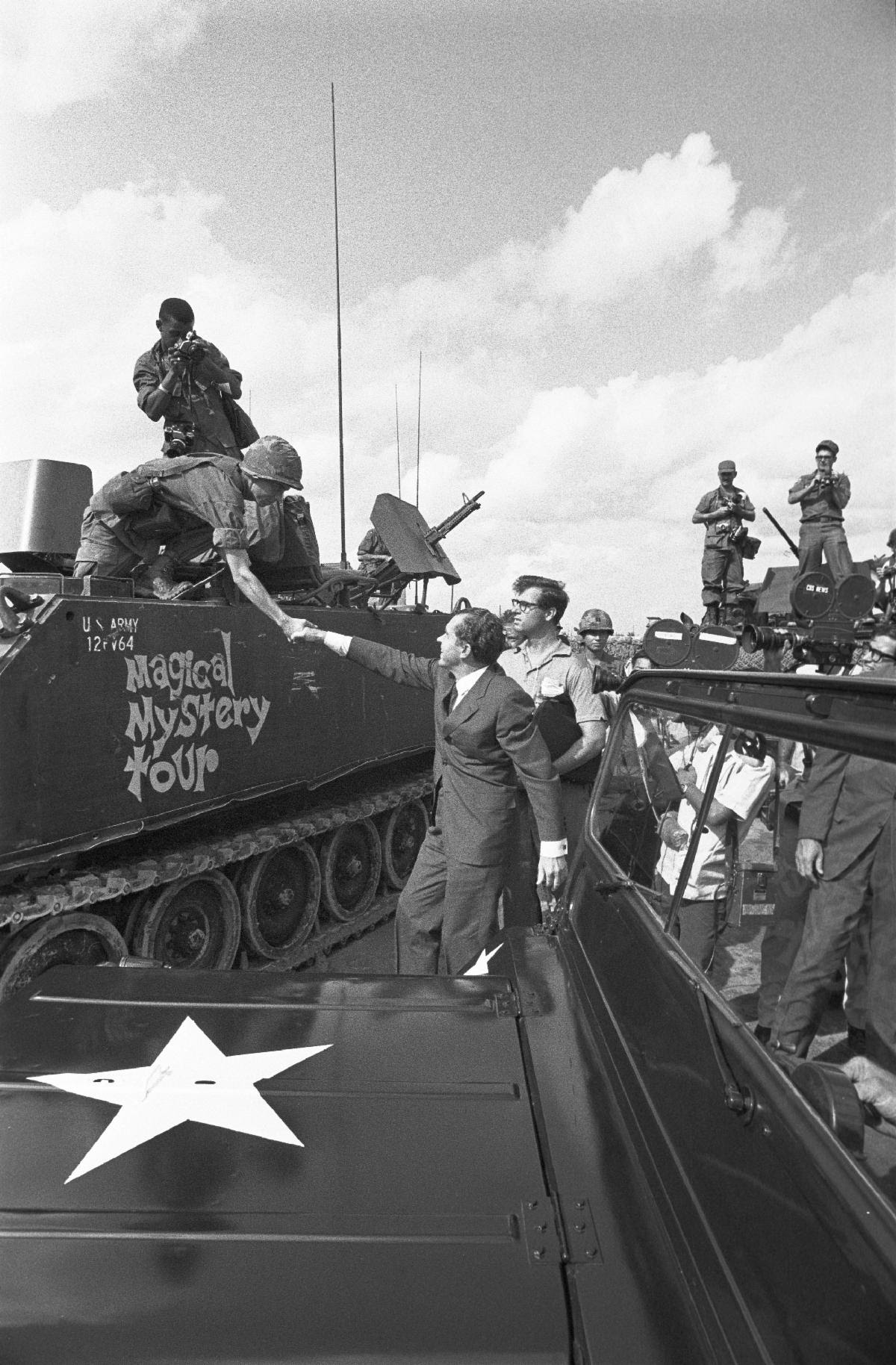 Please join the Richard Nixon Foundation in saluting those who served! Performed by the famed Hunting Beach Concert Band, plan to attend a free concert in the Nixon Library’s East Room on November 11, 2021, at 11:00 a.m. 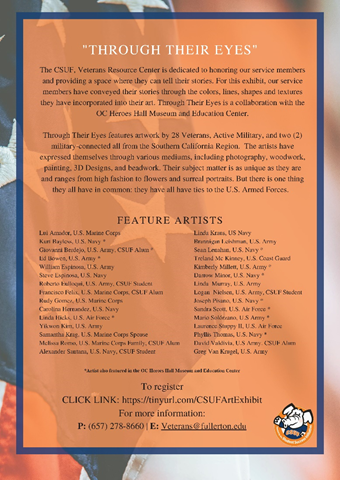 Join California State University, Fullerton, in collaboration with the OC Hero’s Hall Museum and Education Center, in their featured exhibit, Through Their Eyes. Containing artwork by both active duty and military veterans, this exhibit showcases individual experiences expressed through a variety of media: photography, woodwork, painting, 3D designs, and beadwork. For additional information, please call (657) 278-8660 or email Veterans@fullerton.edu. 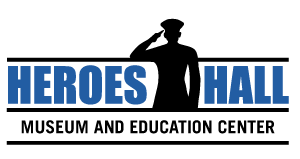 Hero’s Hall, located at the Orange County fairgrounds, “is a free, permanent, year-round museum and education center with exhibitions, performances, and educational programs that celebrate the legacy of Orange County veterans and others who have served our nation.” Festivities on November 11th will be from 11:00 a.m.-2:00 p.m. and will include a performance from the All-American Boys Chorus, Marine Corps birthday cake cutting, and activities for the kids. 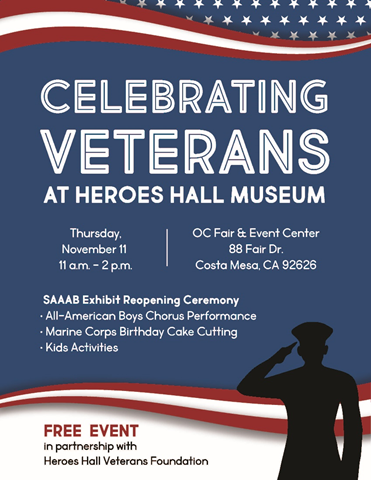