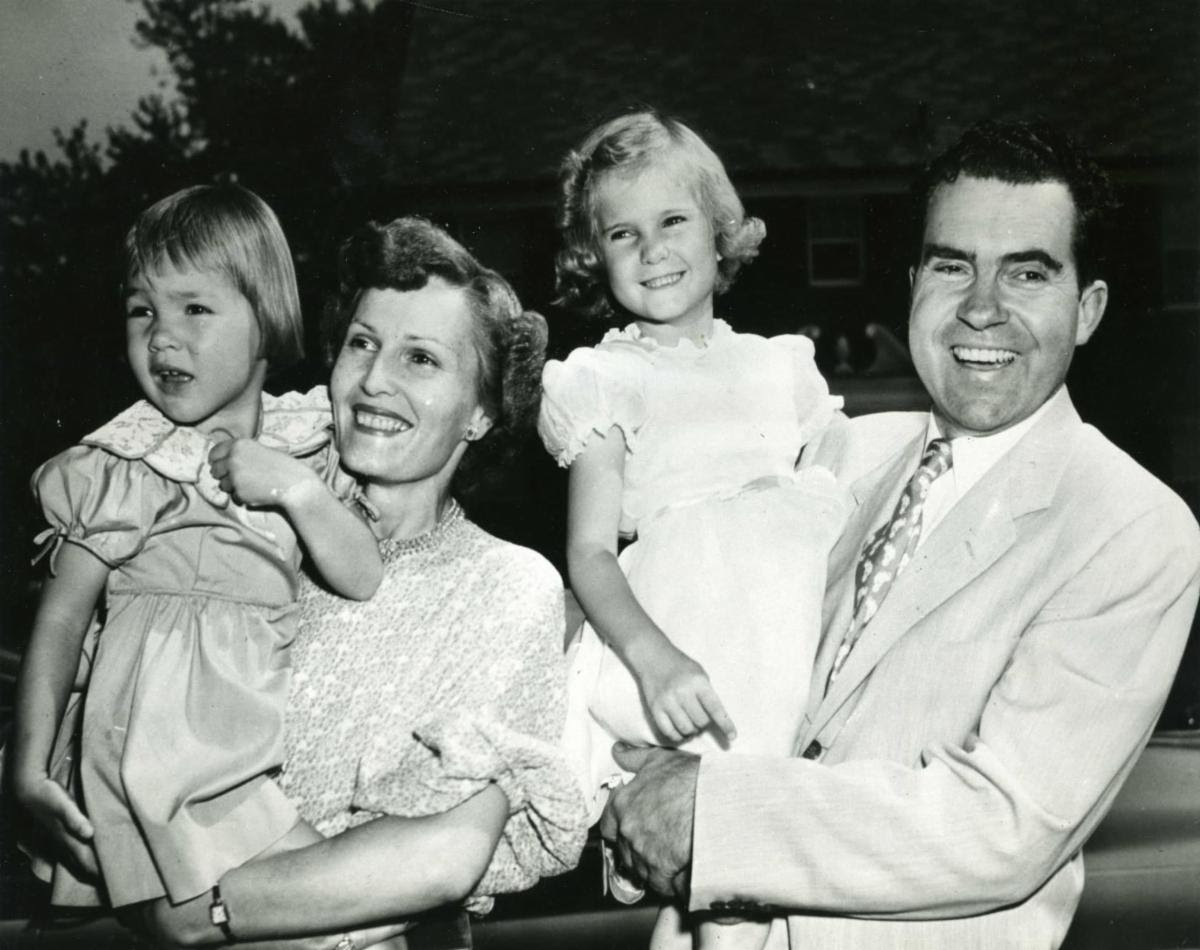 1946 began an auspicious year for the Nixon family, marking the start of parenthood with daughter Tricia’s birth and establishing Richard’s political career with a seat in the House of Representatives. Considered by many as one of the most controversial presidents in our nation's history, Richard Nixon weathered high political peaks and deeply contentious valleys. These events affected the entire family but were tempered by a profound familial bond that allowed the Nixon family to thrive and overcome adversity.

Growing up in Politics 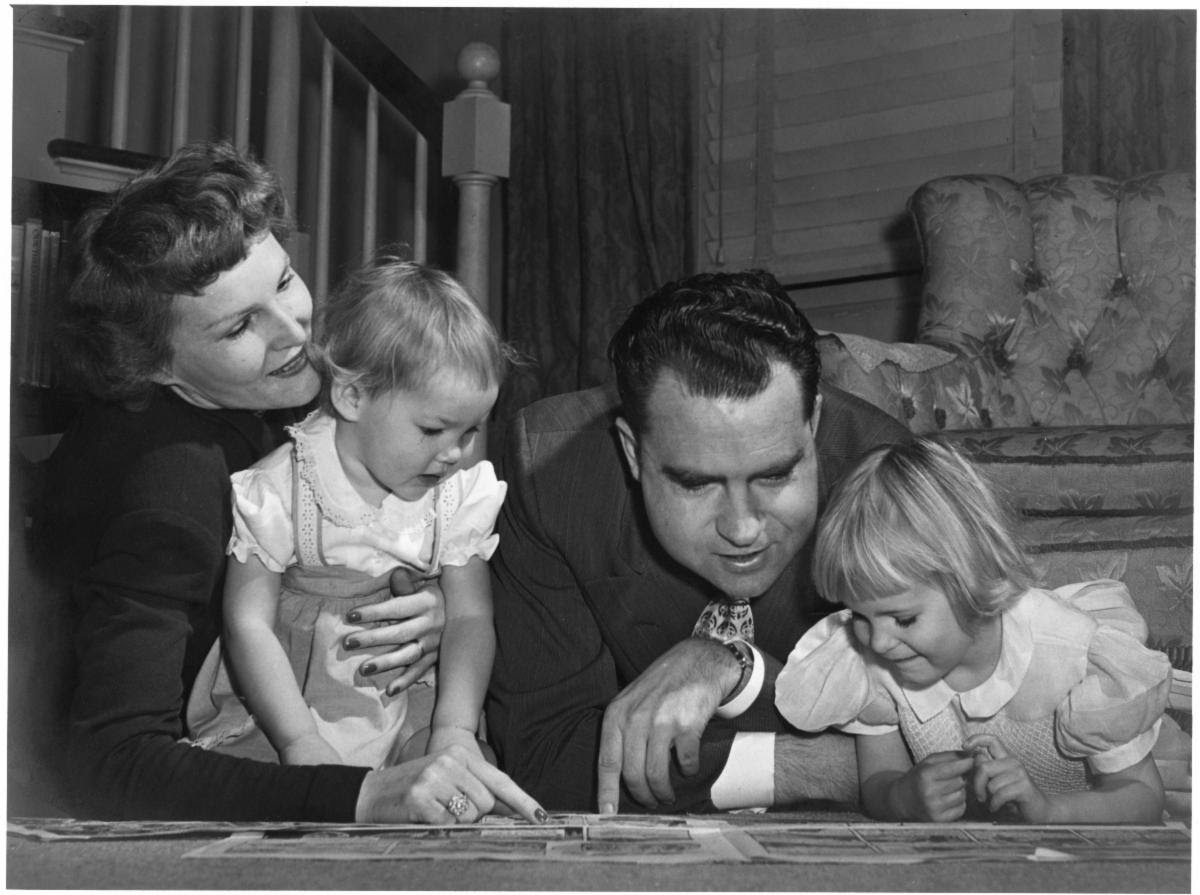 Richard and Pat Nixon view pages spread on the floor with their two young daughters in Alexandria, Virginia, in 1949. Image: NAID 16916151 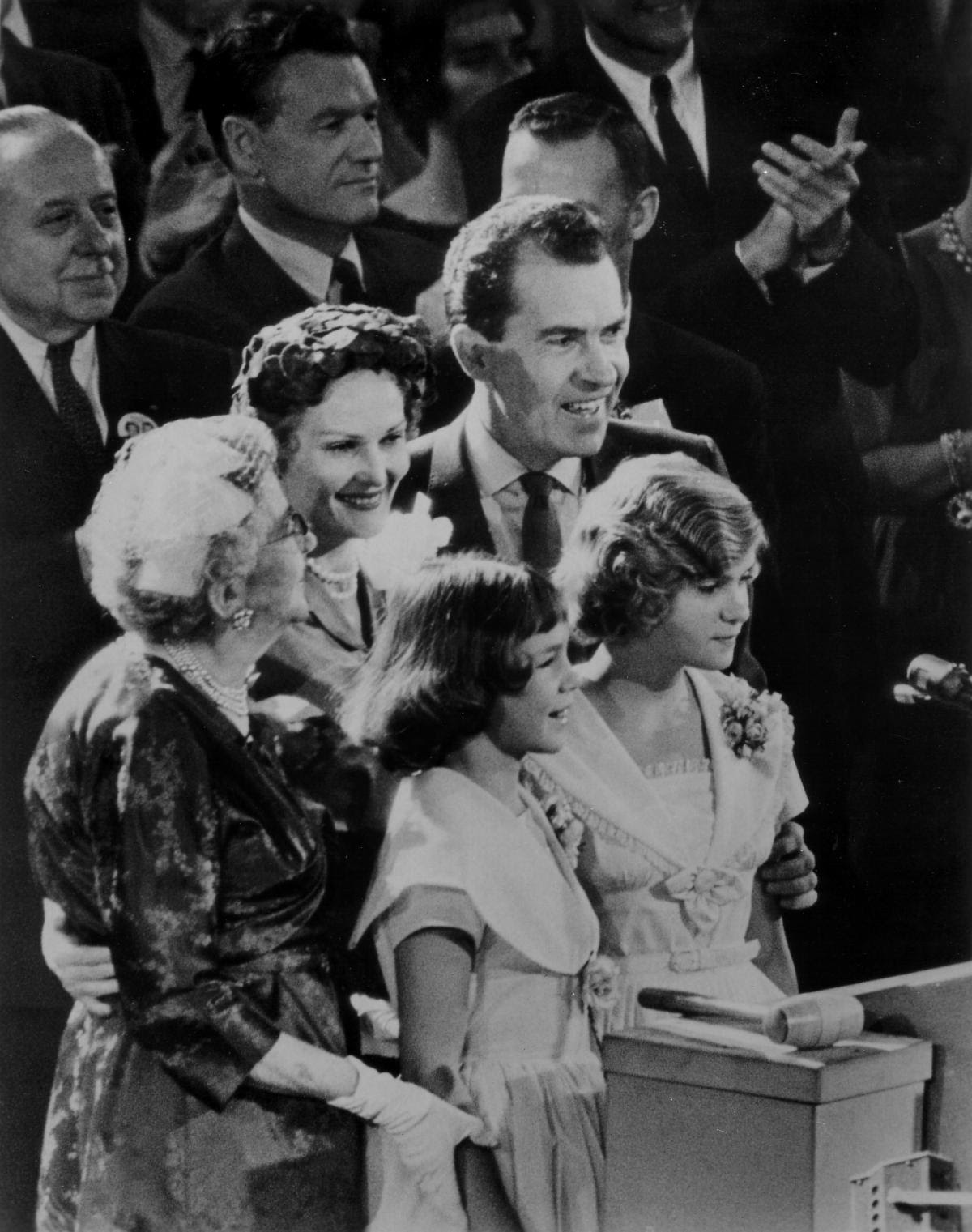 Richard Nixon stood behind a podium with his family during the Republican National Convention in Chicago and accepted his party's nomination on July 28, 1960. Image: A10-024.43.47.1

Tricia and her younger sister Julie, born in 1948, grew up in the political spotlight. Both Pat and Richard encouraged the girls to learn about and have opinions on current events. The two girls traveled extensively with their parents, performing ceremonial duties and representing the United States worldwide. 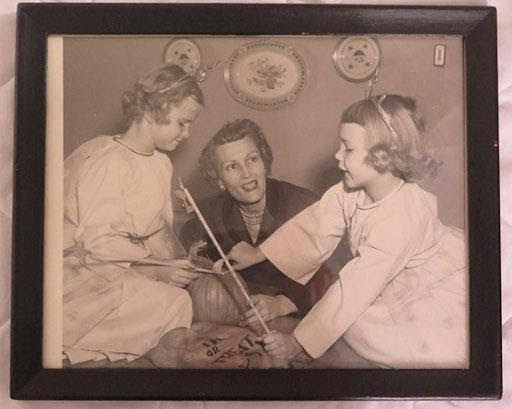 Richard and Pat ensured that the two girls enjoyed their childhood despite a harried political schedule, including celebrating special holidays. While serving as Second Lady to then-Vice President Nixon in 1954, Pat took time from her schedule to help dress her children in hand-sewn Halloween costumes. In 1958, while on the campaign trail in Seattle, she arranged for an escort, costumes, playmates, and a Secret Service detail so her daughters could enjoy trick-or-treating. 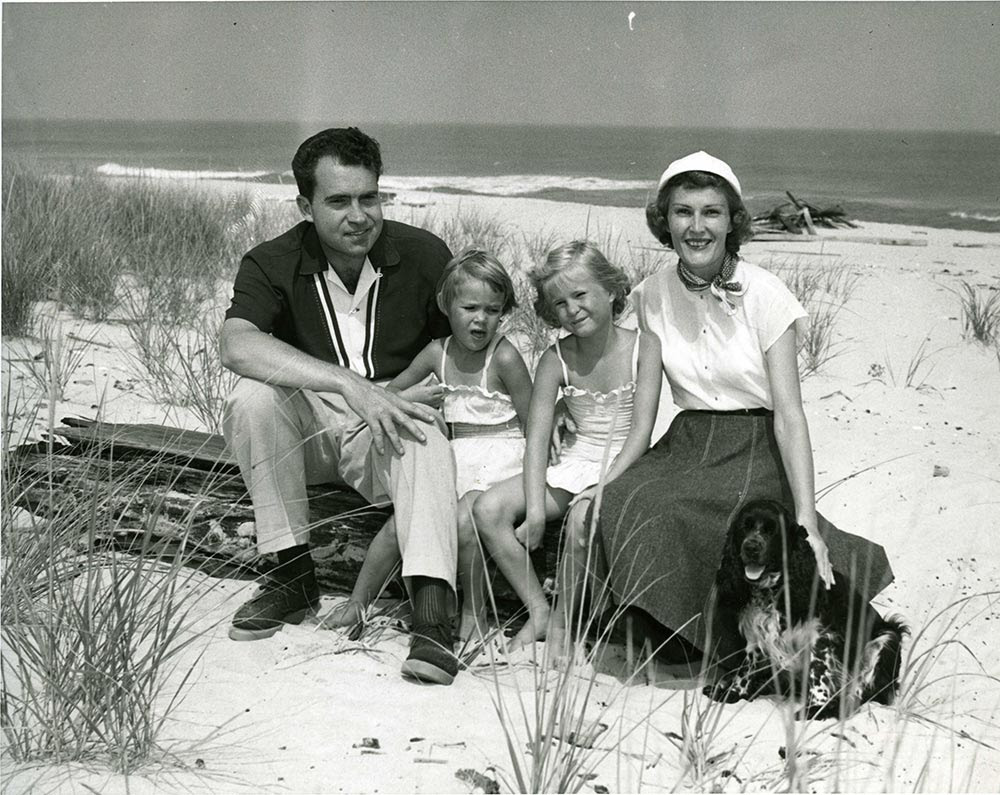 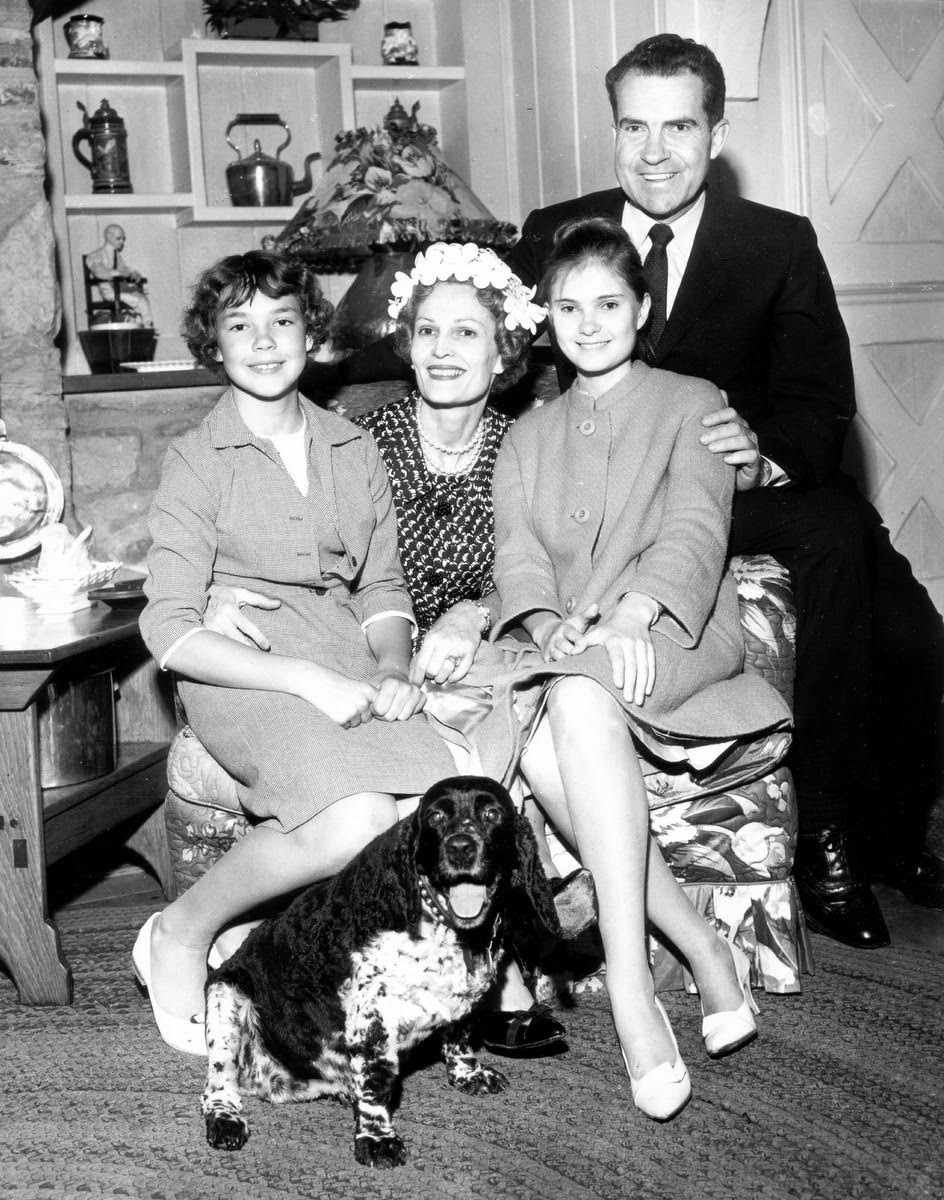 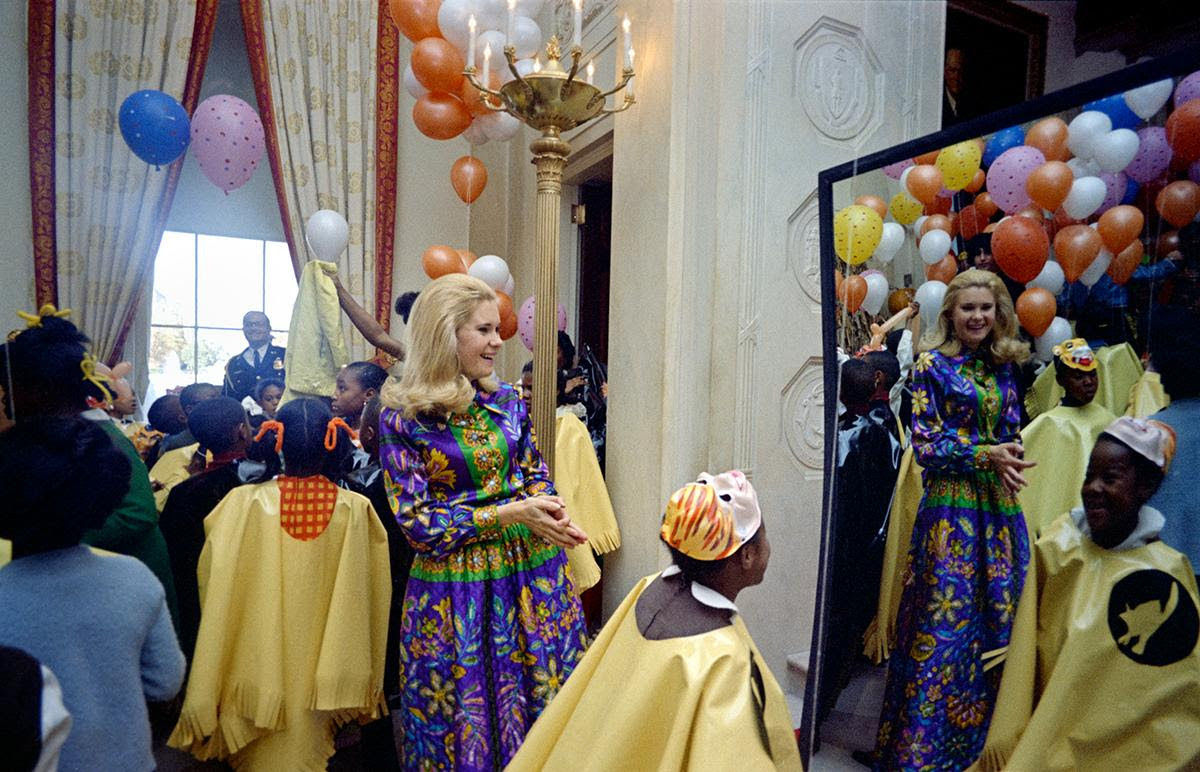 By the time the Nixon family entered the White House, Tricia was an adult but chose to reside with her parents until she married, helping in many of the ceremonial aspects of the first family. In October 1969, she hosted a Halloween party with “clowns, magicians, fortune-tellers, puppeteers, and apple bobbers” for over 250 local children. 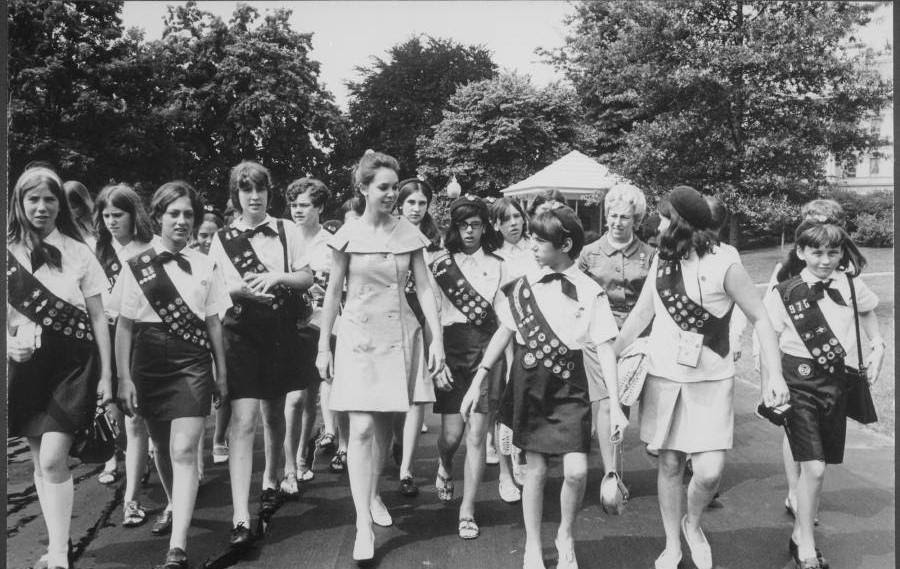 Julie was an active campaigner during her father’s career visiting over thirty-five states during the 1968 presidential campaign. Although she didn't reside in the White House, a newly married Julie often worked as a tour guide for the White House Garden tours. She also facilitated her mother's vision of volunteerism through the support of the Girl Scouts. 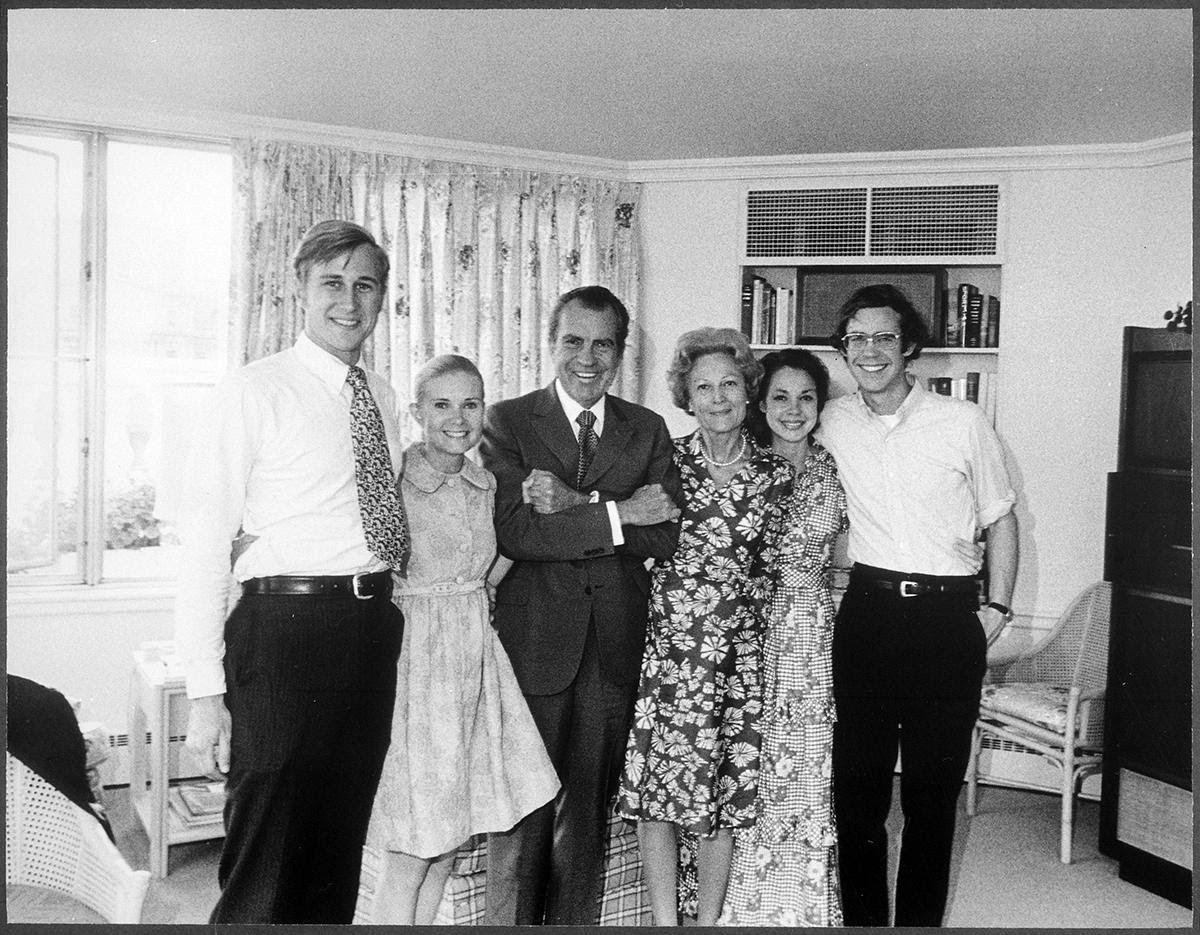 Photo opportunity in the solarium in the private residence of the White House following the President's decision to resign the Presidency, August 7, 1974. Image: NAID 194591

During his second Presidential term, accusations of Nixon being complicit in the cover-up of the Watergate break-in began to take hold. With a possible impeachment trial pending and public support waning, he resigned in 1974. Through the good times and the bad, the Nixon family members were there for one another. In a July 15, 1973, New York Times article, Julie and David Eisenhower articulated the family's support, stating:

“I don't think that it (Watergate) has really altered our relationships for this reason: think in time of crisis Mr. Nixon always turns to his family and in this crisis no less than any in the past, and if Watergate has done anything it has just brought the family together again in repetition of the many past crises of his Presidency and the pre‐Presidential period when he was deciding to run.” -David Eisenhower

“I think that when you are a close family—just as probably you are who is asking the question have a close family relationship—you share happy times and you share times when there are troubles. I think that I feel closer to my father now than ever before and I just am very proud of him….” -Julie Eisenhower 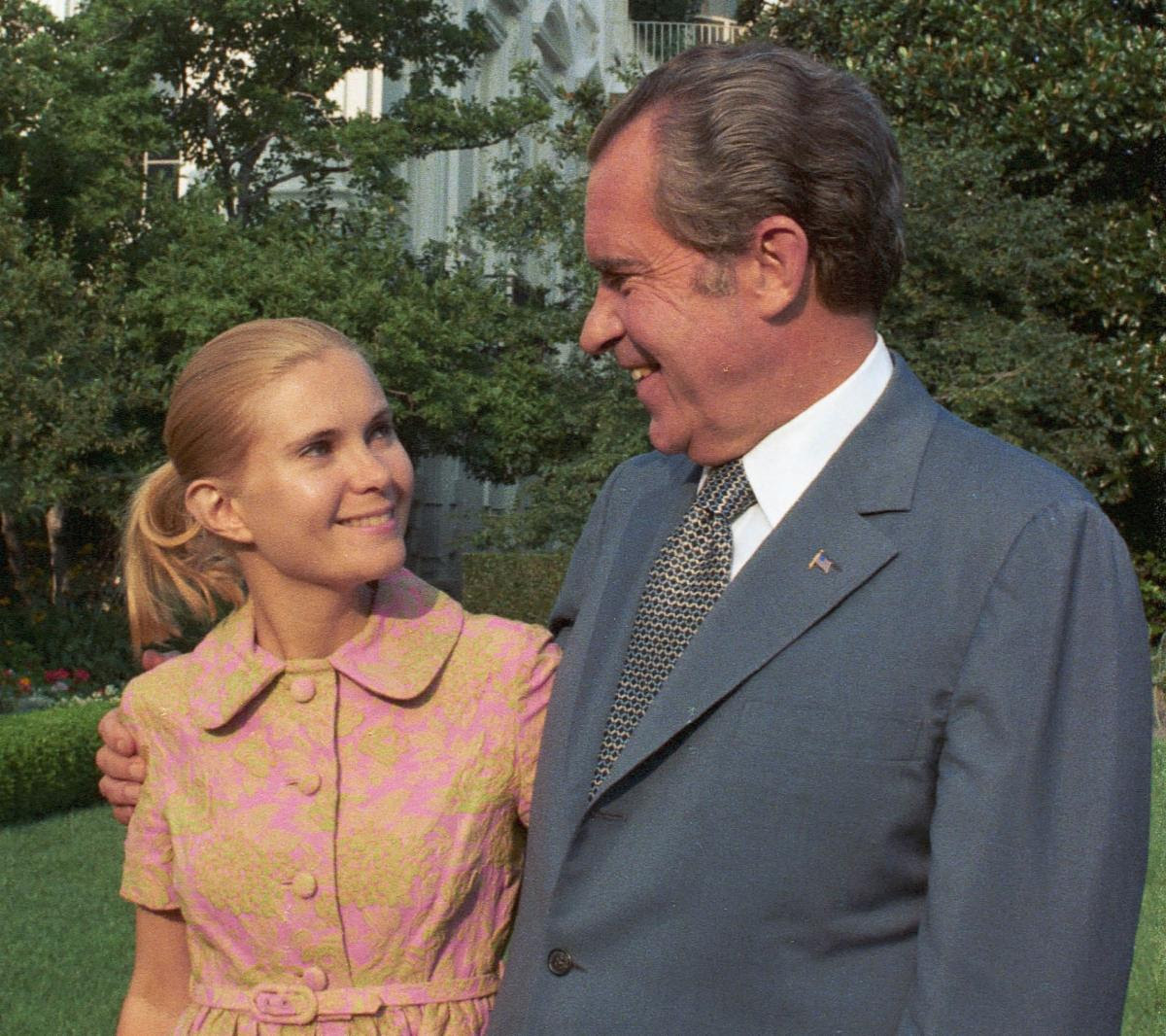 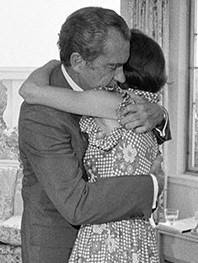 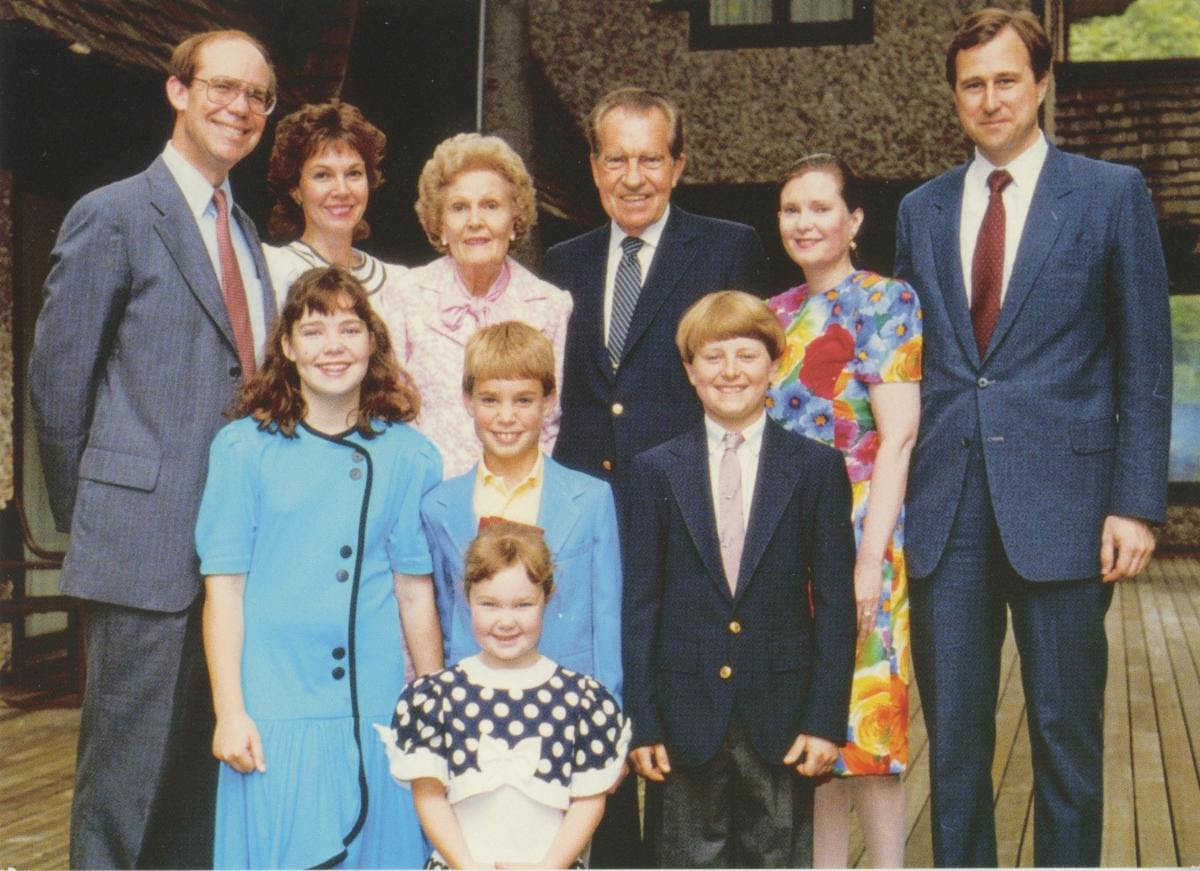 Pat and Richard (known as Ma and Ba) were the proud grandparents of four. Both Tricia and Julie, along with their spouses, and children, work closely with the private Richard Nixon Foundation. The extended Nixon family visits the library regularly and continues to promote the familial and political legacy that began in 1946.