In Observance of the 50th Anniversary of the Blue Lake Bill H.R. 471 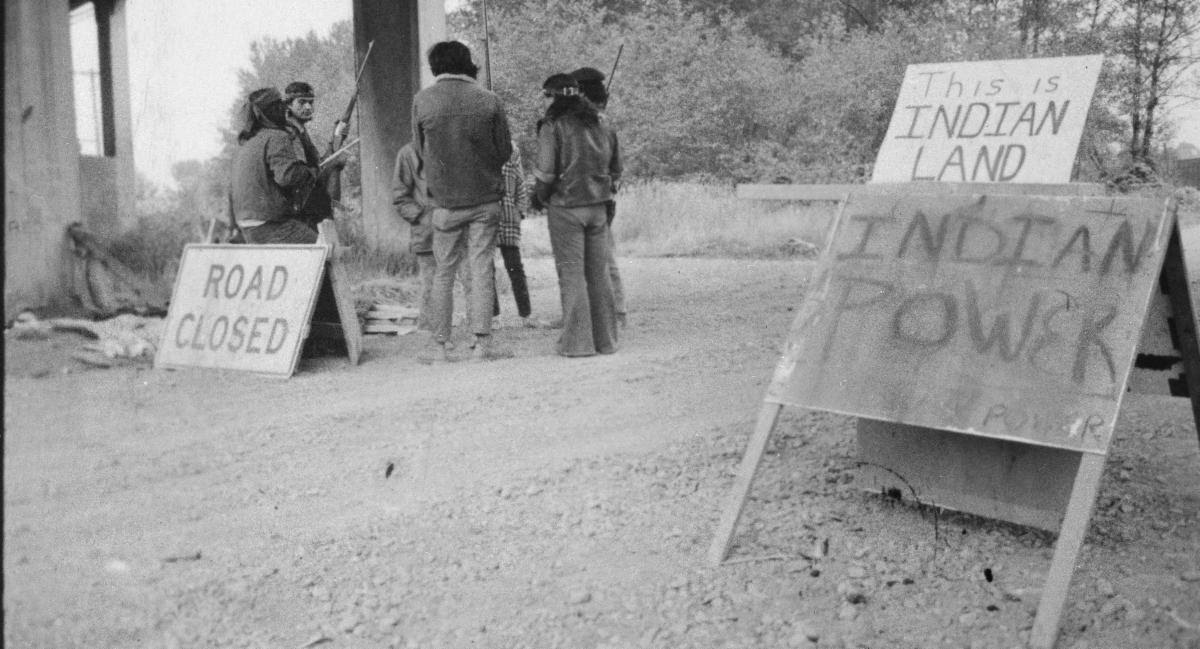 The history of the United States government's treatment of American Indians is fraught with violence, mistreatment, and misunderstanding. Richard Nixon became president during a flashpoint in American culture and society. Tensions boiled over with issues regarding the Vietnam War, Women's rights, the Civil Rights movement, and the rights of American Indians.

December 15, 2020, marks the 50th anniversary of the signing of Bill H.R. 471/Public Law 91-550, known as "Return of the Blue Lake Act." Returning over 48,000 acres of land in northern New Mexico to the Taos Pueblo Indians marked the first time lands were restored to an American Indian tribe, rather than monetary compensation. At the law's signing ceremony, President Nixon spoke of "a new road which leads us to justice in the treatment of those who were the first Americans, of our working together for the better nation that we want this great and good country of ours to become." 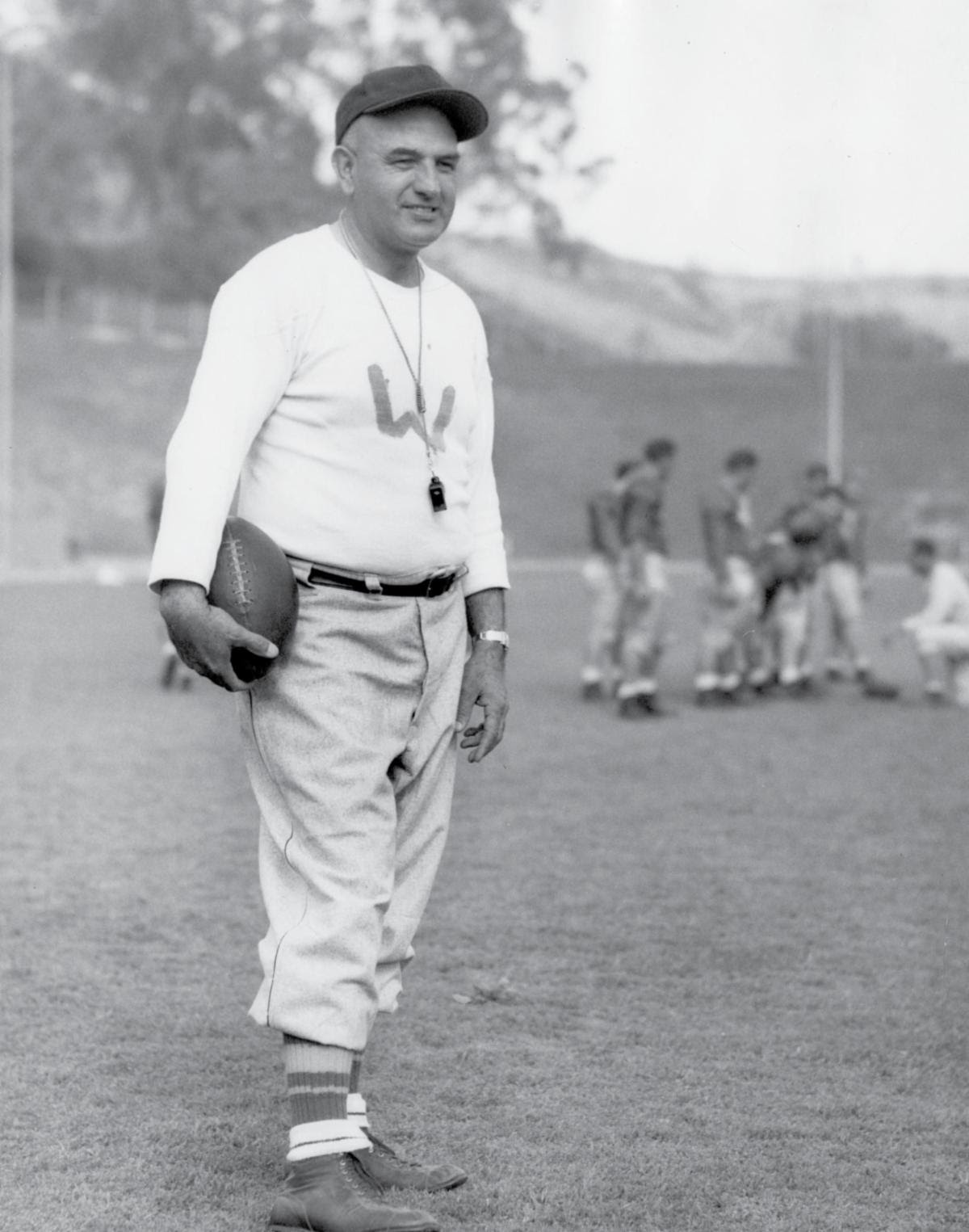 Wallace "Chief" Newman was a leader in the La Jolla Band of Luiseno Indians, as well as Richard Nixon's football coach at Whittier College. He was a huge influence on the young student, instilling in him a competitive spirit and determination. Their relationship gave the president invaluable insight into the termination of treaties and the forced relocation of American Indians across the country throughout American history. President Nixon signed a proclamation in 1972 creating "National Coaches Day." Certainly with Coach Newman in mind, the President stated, "I know from my own experience how much an understanding coach can do to shape the life of a young person." October 6th has since been deemed a day to celebrate that "the coaches of America, in sports and in many other fields of endeavor, do not work for personal glory. Their satisfaction usually comes through the achievements of others whom they have helped." 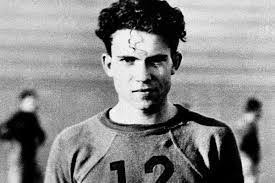 Richard Nixon said of Chief Newman in his memoirs, "I think I admired him more and learned more from him than any other man aside from my father. He drilled into me a competitive spirit and the determination to come back after you have been knocked down or after you lose. He also gave me an acute understanding that what really matters is not a man's background, his color, his race, or his religion, but only his character." 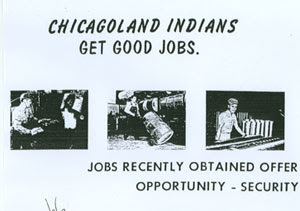 During the 1968 election, Republican candidate Nixon publicly supported American Indian rights and, once elected, renounced the long-standing termination policy, the first president post WWII to do so. He laid out his plan of self-determination during the Special Message to Congress on Indian Affairs in 1970.

Stating, "The time has come to break decisively with the past and to create the conditions for a new era in which the Indian future is determined by Indian acts and Indian decisions." Enacted in 1953, the previous policy of "termination" sought to assimilate American Indians into mainstream American society while also terminating tribes. Advocated by the Nixon administration, a new policy of  "self-determination" placed tribal administrators in positions to help their people, as many federal programs were being turned over to tribal leaders. President Nixon's decision to return Blue Lake to the Taos Indians in 1970 demonstrated his support of American Indian rights. 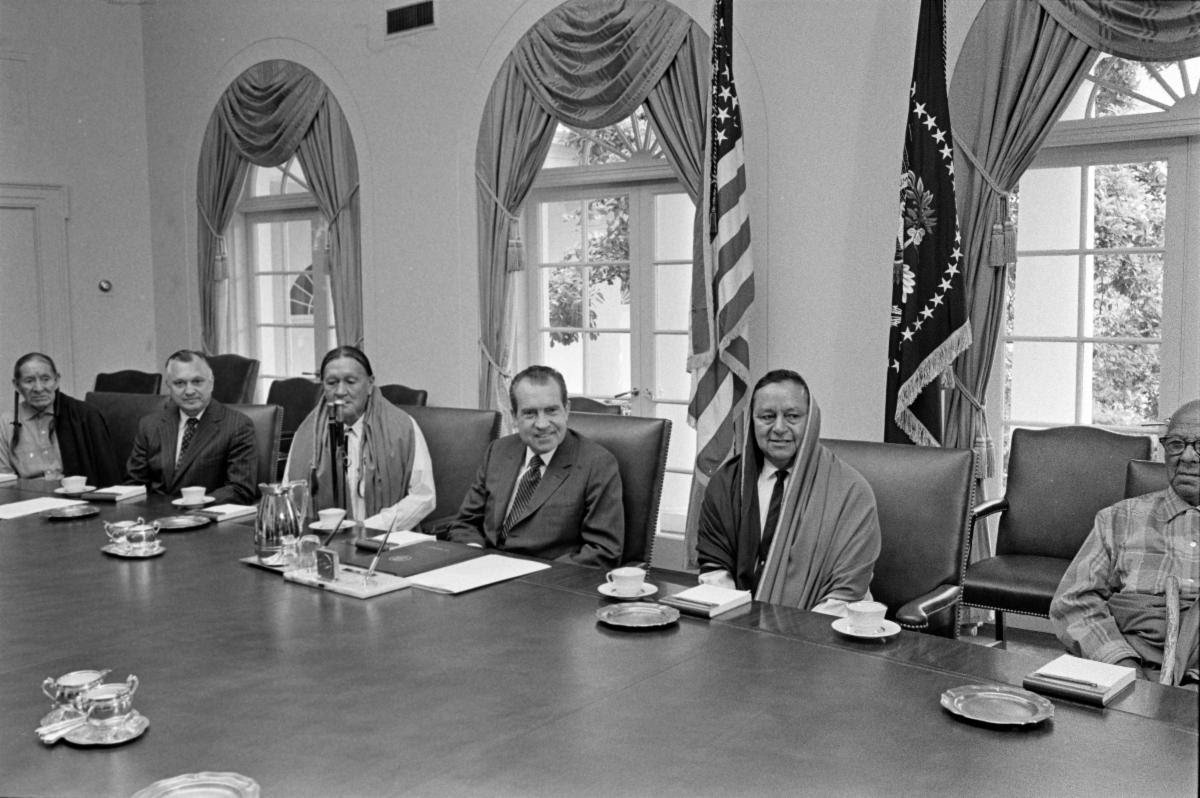 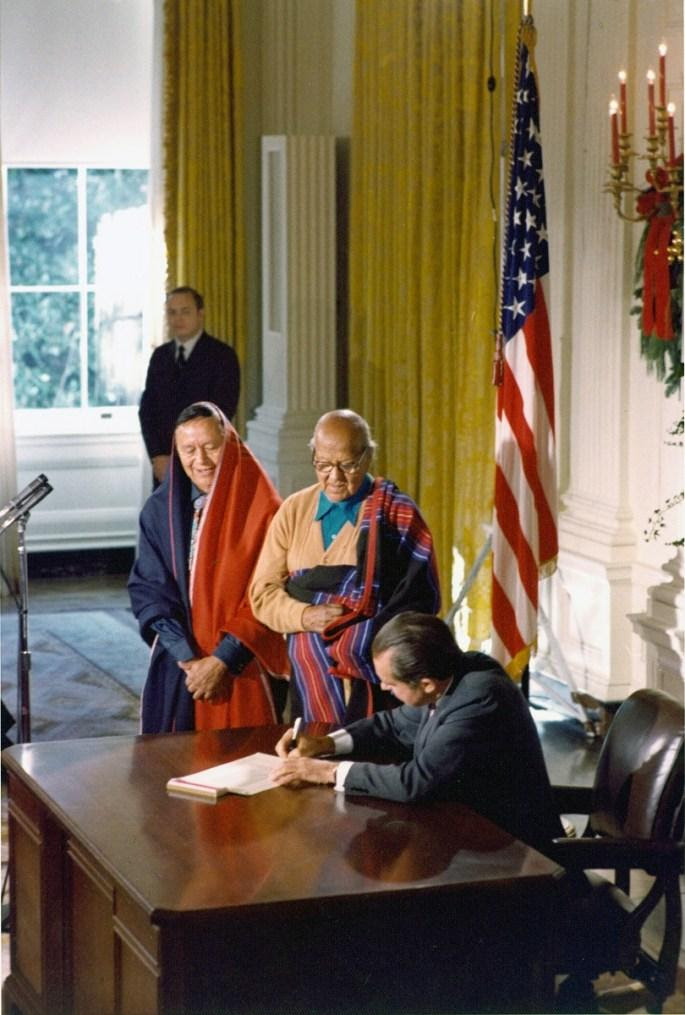 On December 15, 1970, President Richard Nixon entered a festively decorated State Dining Room to greet a room full of guests. These guests included members of the press, politicians, government officials, and  citizens. The four men at the front of the room were all of Taos Indian origin. Taos Pueblo Governor Quirino Romero, Cacique Juan de Jesus Romero, Council Secretary Paul Bernal, and Councilman James Miraba were there to witness the President's signing of Bill- H.R. 471 which enacted Public Law 91-550. The bill states: "That, for the purpose of safeguarding the interests and welfare of the tribe of Indians known as the Pueblo de Taos of New Mexico, the following described lands and improvements thereon, upon which said Indians depend and have depended since time immemorial for water supply, forage for their domestic livestock, wood and timber for their personal use, and as the scene of certain religious ceremonials, are hereby declared to be held by the United States in trust for the Pueblo de Taos."

Sixty seven years after it was taken, the United States returned the Sacred Blue Lake to the Taos and set a precedent for self-determination for all American Indian people, tribes, and nations.

"In signing the bill, I trust that this will mark one of those periods in American history where, after a very, very long time, and at times a very sad history of injustice, that we started on a new road - a new road which leads us to justice in the treatment of those who were the first Americans."- Richard Nixon, December 15, 1970.

Photos, audio, and transcripts from the bill signing ceremony. 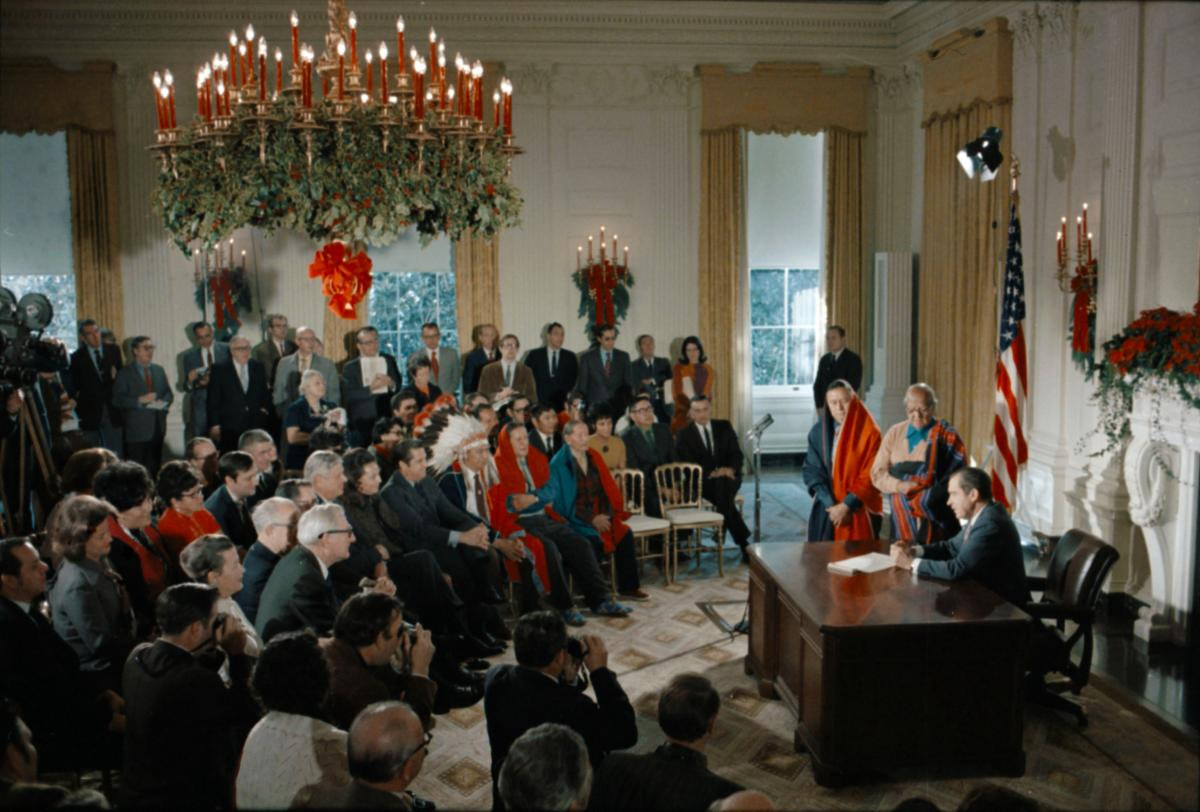 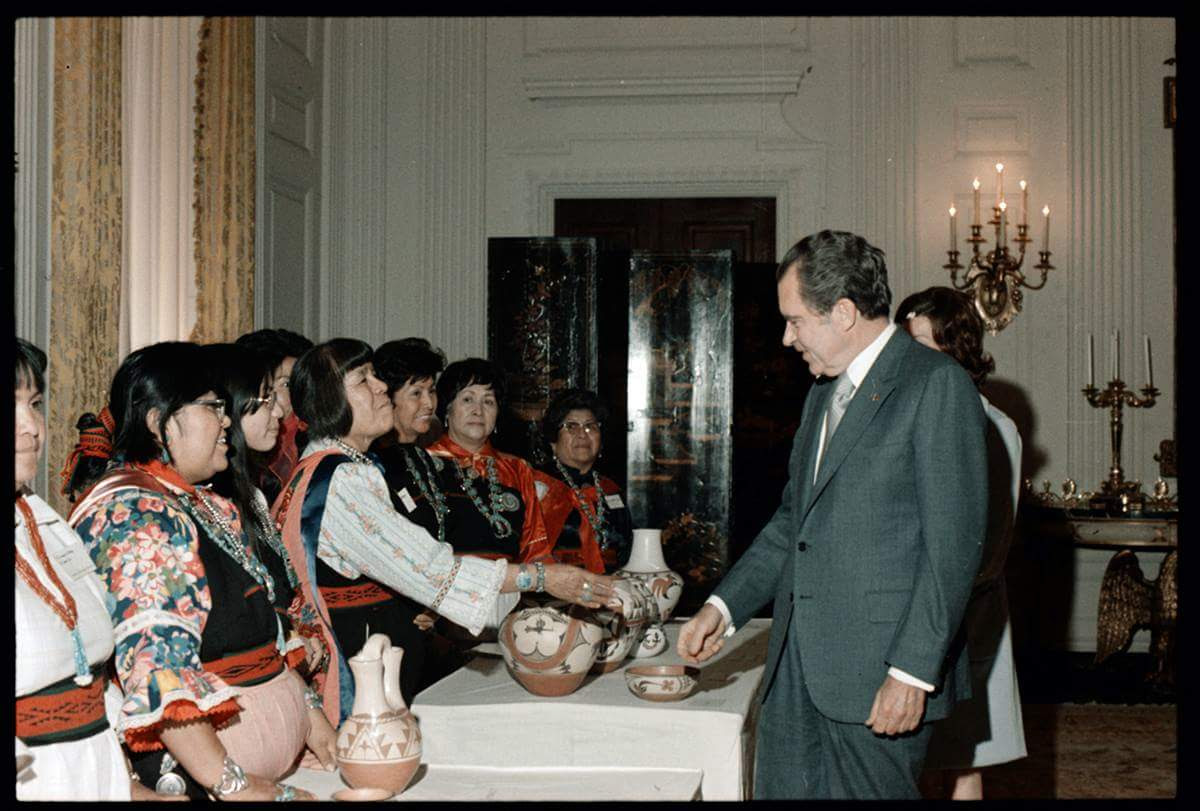 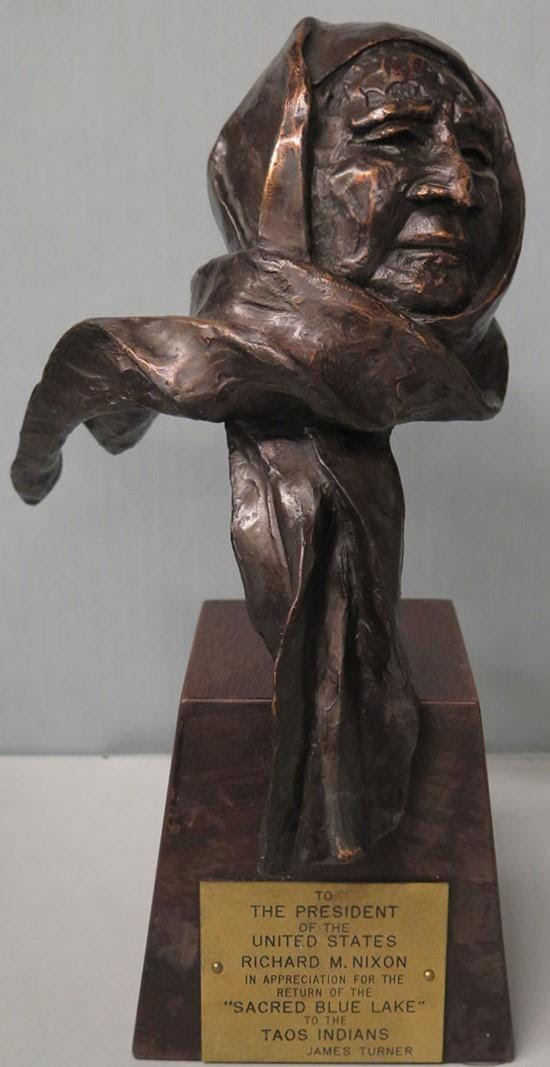 President Nixon received many gifts of appreciation, which are now part of the Nixon Library's collection.

The western realist sculptor James Thomas Turner Sr. gifted a small bronze bust of a Taos woman, mounted on a wooden base with an engraved plaque: "To the President of the United States, Richard M. Nixon, in appreciation for the return of the Sacred Blue Lake to the Taos Indians." It is one of only 20 made. 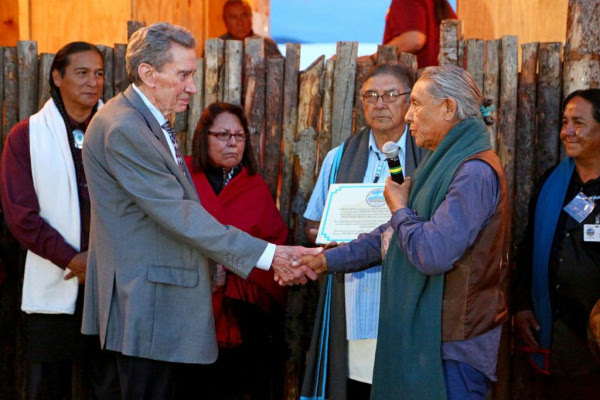 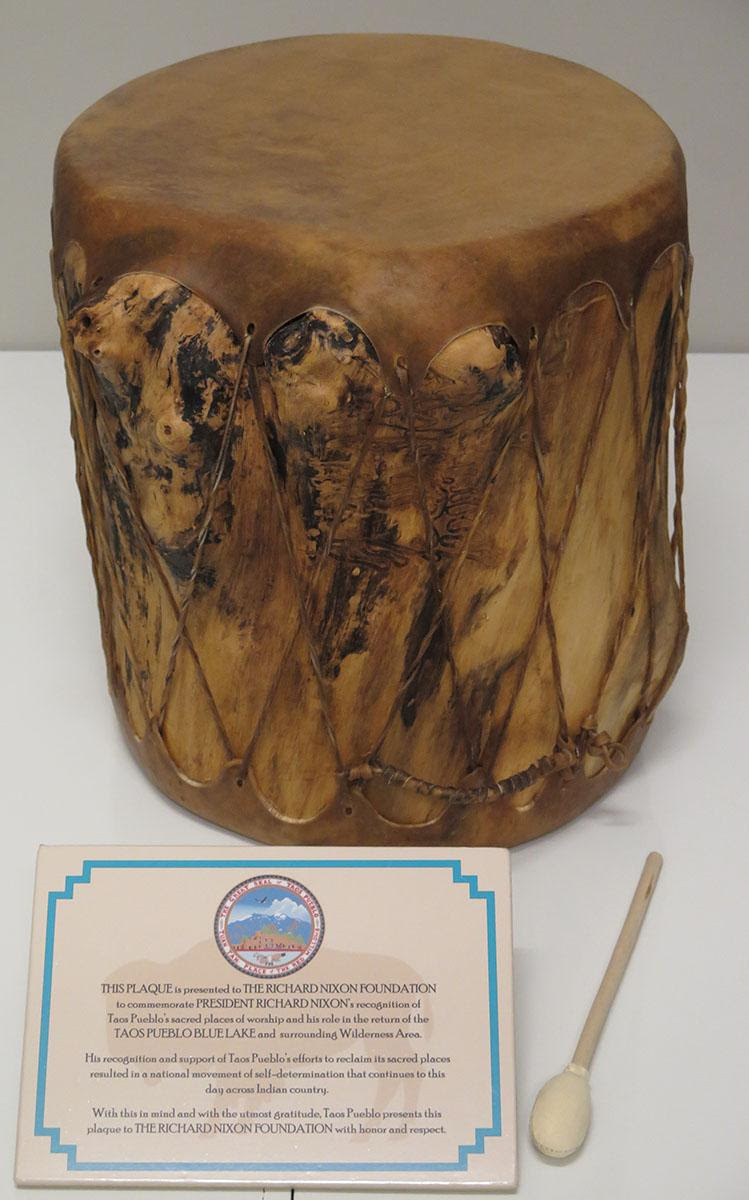 The Taos Pueblo Indian drum and mallet along with this plaque were presented to the President's younger brother, Ed Nixon, during a celebration and to honor President Nixon for "his role in the return of the Taos Pueblo Blue Lake and surrounding wilderness area."

Eskimo mother and child in furs, Nome, Alaska; bust-length with child on back. Photographed by H. G. Kaiser, ca. 1915.

The National Archives has many resources about American Indians and the history of Native Communities. To continue exploring photographs, artwork, artifacts, and documents related to Native American culture and history visit DocsTeach.